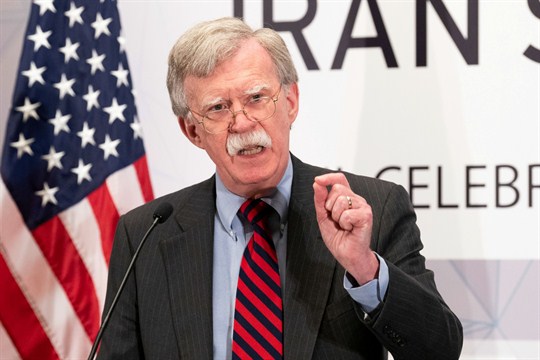 In probably the most significant sign so far that we could be headed for yet another major war in the Middle East, multiple European allies of the United States are rapidly pulling their forces from Iraq and the Persian Gulf region on fears they could get unwillingly sucked into confrontation with Iran.

Tehran isn’t backing down the US escalation ladder either, given moments ago Iran’s Revolutionary Guard commander, Major General Hossein Salami, said via the Reuters newswire:

“We are on the cusp of a full scale confrontation with the enemy.”

Iran’s Minister of Defense Amir Hatami also vowed Wednesday, “We will defeat the American-Zionist front,” according to the Islamic Republic News Agency (IRNA). This follows on the heels of the US State Department’s dramatic ordering of an evacuation of all non-essential diplomatic personnel and their families from the American embassy in Baghdad, citing an “imminent” threat.

As of Wednesday morning the countries of Spain, Germany, and the Netherlands have suspended military support operations in Iraq, citing rising US-Iran tensions. And further a top Iraqi diplomat told reporters at a press conference in Moscow that “Iraq is a sovereign nation. We will not let [the US] to use our territory” for any military operations against Iran.

Previously on Tuesday Spain was the first to announce that it ordered its military frigate, the Méndez Núñez, which has 215 sailors on board, out of a USS Abraham Lincoln carrier strike group currently en route to the Persian Gulf, citing “it will not enter into any other type of mission” in the Persian Gulf region, according to the Spanish Minister of Defense.

Minister of Defense Margarita Robles ordered the “temporary measure of withdrawal of the frigate Méndez Núñez (F-104) from the combat group of the aircraft carrier Abraham Lincoln while it is in the Middle East,” sources from her office told the digital edition of El País.

As of early Wednesday Germany also announced it is temporarily suspending its operations in Iraq, which includes training local soldiers and security personnel as part of US-led coalition efforts.

“The German army has suspended the training,” defense ministry spokesman Jens Flosdorff announced, citing the “generally heightened alert, awareness” for soldiers in the region. However, echoing Britain’s top commander in the coalition, Flosdorff acknowledged there was “no concrete threat” at the moment. “Germany has no indications of its own of attacks supported by Iran,” Reuters quoted him as saying.

@StateDept has ordered the departure of non-emergency USG employees from Iraq, both at the Embassy in Baghdad and Consulate in Erbil. Additional information on this alert can be found on the U.S. Embassy website at U.S. Citizen Services. https://iq.usembassy.gov/security-alert-u-s-embassy-baghdad-iraq-2/#.XNvMjqZZR8I.twitter …

Location:   Nationwide Event:  The U.S. State Department has ordered the departure of non-emergency U.S. Government employees from Iraq, both at the U.S. Embassy in Baghdad and the U.S. Consulate in…

2,490 people are talking about this

In total Germany has about about 160 soldiers deployed in Iraq, embedded as part of Operation Inherent Resolve in support of the US mission; but the peeling away of such an influential EU country could cause other international allies to follow.

The Netherlands also quickly followed suit, per Reuters early Wednesday: “The Dutch government has suspended a mission in Iraq that provides assistance to local authorities due to a security threat, Dutch news agency ANP reported on Wednesday.”

Washington and Tehran have recently exchanged threats of direct conflict while jostling to assert control over the vital Strait of Hormuz narrow oil shipping passage, which has further left global oil markets on edge and rattled.

As tensions in the region started to surge, British Foreign Secretary Jeremy Hunt said his nation was worried about the risk of accidental conflict “with an escalation that is unintended really on either side.” Then on Tuesday, Spain temporarily pulled one of its frigates from the U.S.-led combat fleet heading toward the Strait of Hormuz. That was followed by the unusual public challenge to the Trump administration by the general. — AP

The military build-up is claimed to be in response to intelligence the White House says confirms that US troops face imminent threat of attack by Iran and its regional proxy forces in places like Iraq, Syria, and the gulf.