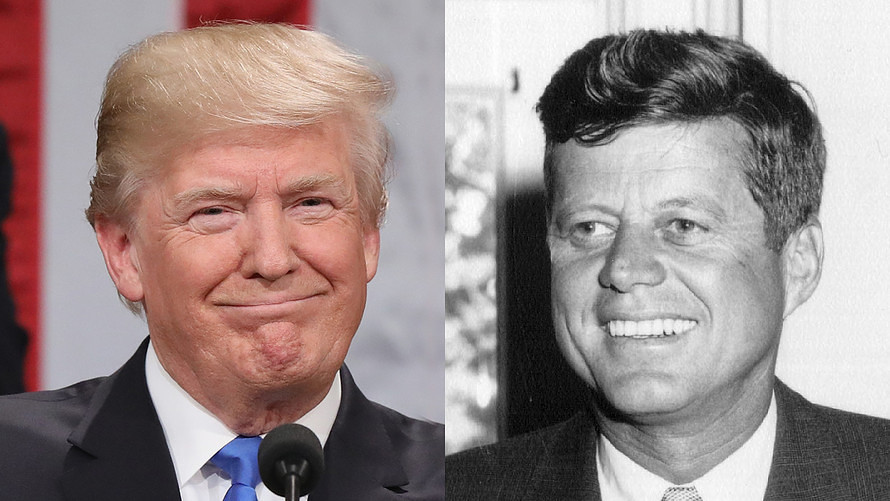 Why has Pelosi prayed for Trump at least 187 times? Doesn’t the Mafia do that right before a mob hit?

Recall that Q has recently said, in Q post 3336, “PANIC IN [DC].” And the “signals” I perceived in the images included in this post are likely part of that “PANIC” (at least Isense these things are “deep state signals”).

Here are two images (screenshots) that I obtained. The first one (at left) is from the most recent SB2 post (related Kp blog post). Nancy (according to the SB2 decode) is signaling for a “187” event to be carried out vs. the President.

The second is from this CNN Politics article about Air Force 1 (I may have found this article via a recent iPOT video or CIR (Katie G) video). It actually shows an image of JFK and Jackie descending the stairs from AF1 after they landed in Dallas, 11-22-63 (the date of JFK’s assassination). Hmmmm…

So if you watch the video in the CNN article, it shows some of the history of AF1, but the most striking part is that they actually include news coverage after JFK was shot. Hmmmm…

I say these are both deep state signals of some sort, perhaps to activate assets to “do something”.

In any event, I am quite sure the Alliance is aware of this, and that DJT is covered.