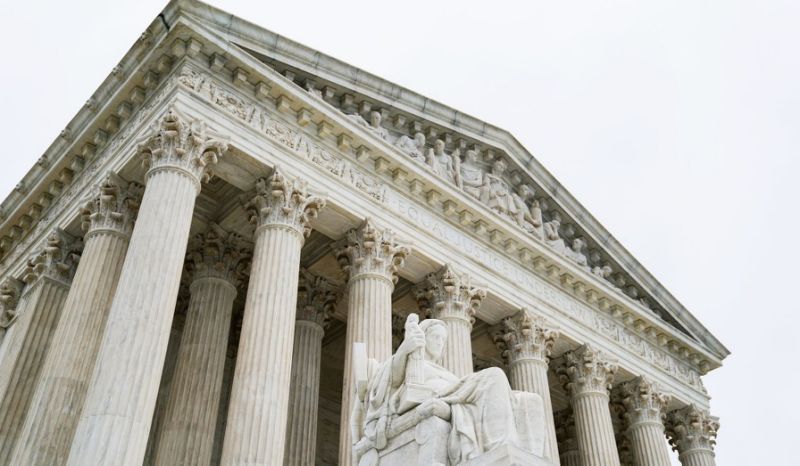 Yesterday he issued (yes, of course) a nationwide injunction blocking implementation of the Trump administration’s new Title X regulations — regulations that were a milder version of the Reagan administration’s so-called “gag rule” against abortion counseling by Title X recipients. Whereas the Reagan rule prohibited Title X projects from counseling or referring for abortion, the Trump rule limits the referral. Both the Trump and the Reagan rules required physical and financial separation of Title X projects from abortion-related activities.

But here’s what makes Judge Bastian’s decision so brazen. The stricter Reagan rules were upheld by the Supreme Court of the United States in Rust v. Sullivan, one of the seminal abortion decisions of the Rehnquist Court. The Court noted that Title X itself states that “none of the funds appropriated under this subchapter shall be used in programs where abortion is a method of family planning” and then held that the Reagan rule — which, again, prohibited even abortion counseling — “plainly allow[ed] the Secretary’s construction of the statute” and that the administration’s break with past regulatory practice was supported by “reasoned analysis.”

Given this on-point Supreme Court precedent, you would think that a judge contradicting it would engage in searching analysis of why the Court’s ruling doesn’t govern the case.

The Affordable Care Act, for example, does contain provisions prohibiting regulations that “interfere with communications regarding a full range of treatment options between the patient and the provider” or that create “unreasonable barriers to the ability of individuals to obtain appropriate medical care.” But the ACA does not disturb Title X’s prohibition against use in programs “where abortion is a method of family planning,” and that is the key language the Supreme Court used to uphold Reagan’s rule.

Oddly enough, Judge Bastian held that the administration’s regulation “likely violates the central purpose of Title X, which is to equalize access to comprehensive, evidence-based, and voluntary family planning.” Yet that “central purpose” is unchanged since Rust and was no impediment to Reagan’s rule.

Moreover, given the relatively glacial pace of even injunction litigation, this same district-court judge knows that he can have his way for months on end as the case winds its way through appeals and as the clock ticks down on Trump’s first term. Judicial overreach and judicial delaying tactics are now the new normal.

Our nation is moving deeper into contention, division, and stagnation. Thanks to precedents being set now, look for this pattern to repeat itself time and again. Activists and attorneys general from opposing parties will race to favorable jurisdictions, block disfavored policies, then try to hold on for dear life for month after month until the next election.

There has been a great deal of hand-wringing (especially on the left) about America’s allegedly “undemocratic” institutions. The Senate is under fire now. So is the Electoral College. But I see absolutely no handwringing from those same individuals when unelected district judges defy statutes drafted by the democratically elected Congress or regulations crafted by a democratically elected president.

The Constitution trumps Congress and the president, of course, but the hallmark of decisions such as Judge Bastian’s is not respect for the Constitution but rather contempt for the administration. Based on the belief that Trump is a threat to America, decisions like this threaten our constitutional order, and they set negative precedents and establish negative practices that will doubtless persist well beyond the end of the present administration. Both sides, at different times, will come to regret the toxic legacy of the judicial #resistance.