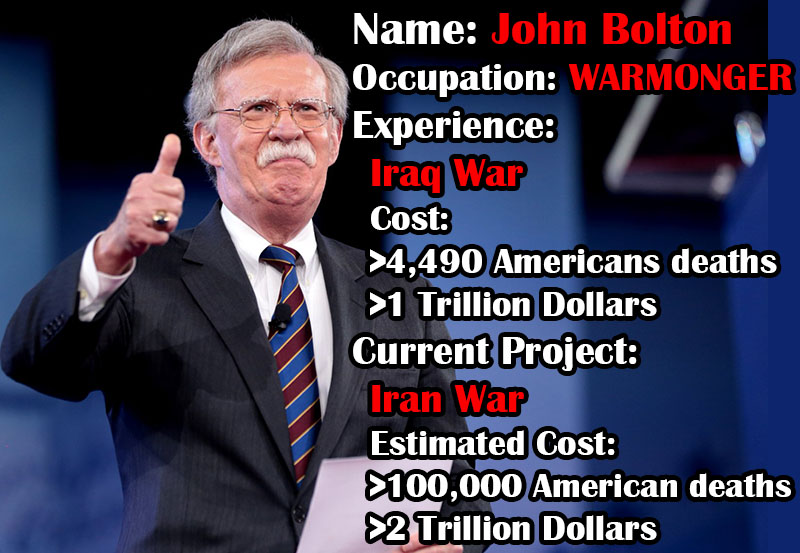 President Trump plans to intensify economic pressure on Cuba over the communist regime’s support for Venezuelan strongman Nicolás Maduro, according to his top national security adviser.

“The Cuban regime has served as a primary accomplice to Maduro’s theft of Venezuela’s wealth & resources, and is complicit in Venezuela’s humanitarian crisis,” John Bolton, the White House national security adviser, tweeted Saturday. “The U.S. is prepared to hold accountable any country or company that facilitates the repression of the Venezuelan people.”

Bolton issued that warning after the Treasury Department blacklisted 34 ships that transport Venezuelan oil to the island. The Cuban regime denounced the tactics as “economic piracy,” but the U.S. officials maintain that they are stopping Maduro from providing payment for the Cuban security officials who are helping him maintain control of Venezuela in the midst of a severe political and economic crisis.

“The Department of the Treasury has sanctioned companies and vessels facilitating illegal oil transfers from the Maduro regime to Cuba,” Bolton also tweeted. “This is only a first step.”

The legitimate Venezuelan National Assembly called for international support of its decree. The Department of the Treasury has sanctioned companies and vessels facilitating illegal oil transfers from the Maduro regime to Cuba. This is only a first step. https://t.co/ovylOAPPHs

Cuban diplomats described the sanctions as “Monroeist,” an invocation of the Monroe Doctrine,a U.S. policy of opposing European efforts to colonize Latin America that ultimately came to be reviled in the region as an assertion of Washington’s dominance in the Western Hemisphere.

“I denounce the escalation of #US ‘Monroeist’ aggressions against #OurAmerica and the use of scandalous lies against #Cuba,” Cuban Foreign Minister Bruno Rodríguez Parrilla tweeted Friday evening. “I strongly reject the new economic piracy measures adopted by Washington to damage #Venezuela and steal its resources. They’ll fail.”

U.S. officials and Cuba hawks say that Maduro is plundering Venezuelan government resources to enrich himself and buy international support.

“Cuba’s foreign ministry is raging about US sanctions on the Maduro regime,” Ana Quintana, a regional expert at the Heritage Foundation in Washington, tweeted Saturday. “Why? Because that means less money for the Cuban colonial masters.”