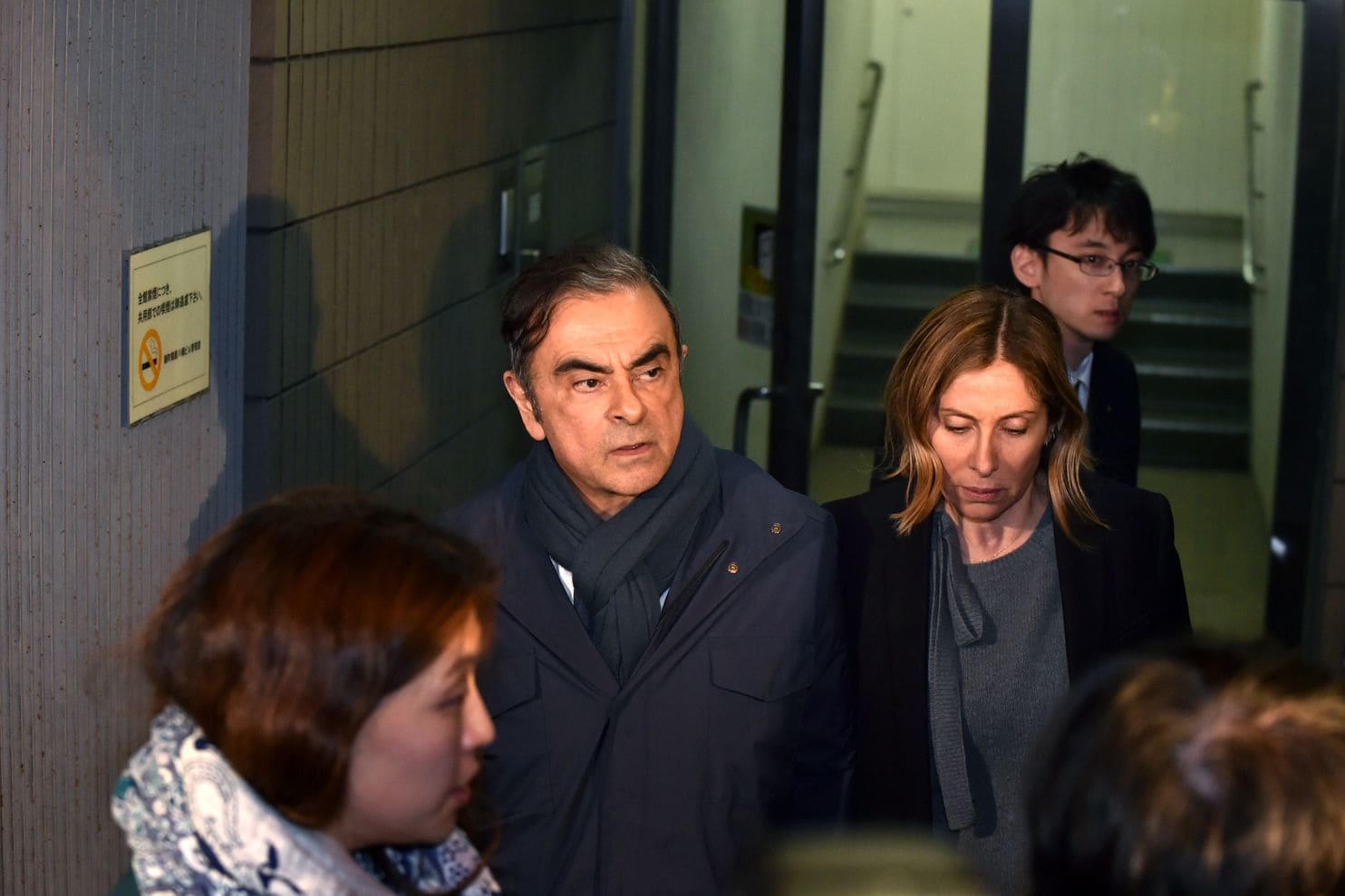 My husband, Carlos Ghosn, is innocent of it all

Carole Ghosn is the wife of Carlos Ghosn, the former chairman of Nissan, Renault and Mitsubishi.

Shortly before dawn on April 4, my husband, Carlos Ghosn, and I were awakened in our Tokyo apartment by a hard knock on the door. More than a dozen Japanese prosecutors stood waiting on the other side. Then they stormed in. My heart plummeted.

I could never have prepared for what happened next. While we were still in our pajamas, the officials from the prosecutor’s office surrounded my husband and me. They seized my cellphone, laptop, passport, diary and letters I had written to him during his previous 108-day imprisonment that began last year.

I was treated like a criminal even though I am not a suspect, and I have not been charged with anything. A female prosecutor even accompanied me and conducted a pat-down search each time I went to the bathroom. She stayed in the bathroom as I undressed and showered, handing me a towel when I stepped out.

The intent of the pre-dawn raid was clear: This was a deliberate, inhumane attempt to humiliate us, invade our privacy and violate our most basic dignities as human beings. Prosecutors would not allow me to call my lawyer and tried to take me away for question ing, but I refused to go with them.

My husband, the former chairman of Nissan, Renault and Mitsubishi, was arrested and charged with vague and unsubstantiated counts involving the underreporting of income he never received and “aggravated breach of trust.”

Since the morning of the raid, prosecutors have put him in solitary confinement, with the lights on around the clock, as if he were a violent criminal or had been accused of a capital offense. They have been interrogating him for hours on end — and at all hours of the night and day — without access to his lawyer.

As a U.S. citizen, I was horrified to discover that many of the rights we enjoy in the United States do not exist in Japan. The right to an attorney during questioning, and all the protections that come with it, does not exist in Japan. A person can be held for 23 days on suspicion of misconduct alone, without an indictment or any formal charges. I have come to learn that this treatment, widely known as “hostage justice,” is designed to break the spirit and coerce confessions.

Carlos, who is 65 years old and a French, Lebanese and Brazilian citizen, was first arrested last fall when he arrived in Japan on a business trip. For much of that detention, only diplomatic staff and his Japanese lawyers could visit him. Bail was finally set at $9 million; it bought us 29 days of restricted freedom until the knock came at the door April 4. Now, I am worried for his health.

According to the Journal du Dimanche and the Wall Street Journal, emails reveal the true story behind what’s happening. Japan’s Ministry of Economy, Trade and Industry was working with Nissan executives to block the formal merger of Nissan and Renault favored by Carlos and to preserve Nissan’s autonomy at all costs.

What should have been settled in the Nissan boardroom has been turned into a criminal affair.

I won’t try to characterize all the accusations that have been thrown around. My husband is innocent of it all. His love for Japan — where he raised his four children — and for Nissan is well known.

Nearly 20 years ago, Carlos left France and went to Japan to try to turn around a failing company on the brink of bankruptcy. Nissan was in trouble: Sales were down, jobs were in jeopardy, market share was shrinking, and new competitors were aggressively carving into the business.

Carlos and the people at Nissan made difficult choices. They took risks. And they sacrificed to help the company succeed. It certainly wasn’t easy, and it definitely took time. Together, they forged alliances that expanded Nissan’s global reach. They opened new markets and expanded existing markets. And they rebuilt a successful company that could go toe-to-toe with the best automakers in the world.

Before his arrest, Carlos was looking ahead to the future and making difficult decisions to position Nissan for success in the global economy. In his mind, that meant a merger with Renault, the French auto manufacturer. Little did he know that others were conspiring to keep that from happening — even if that meant that Nissan’s future would likely suffer.

In only a matter of days, President Trump will greet Japanese Prime Minister Shinzo Abe at the White House. Trade will be front and center. It’s hard to imagine that Trump would be indifferent to a Japanese government ministry interfering in the normal give-and-take of private business decisions by one of its automakers.

I hope and pray that our president will urge Abe to allow my husband to obtain bail so he can prepare for trial.

I know that a fair and honest trial would show that the charges against my husband were nothing more than baseless attacks inspired by corporate ambitions and fear.