Serious FISA Abuse Investigations Now Coming to a Location Near You 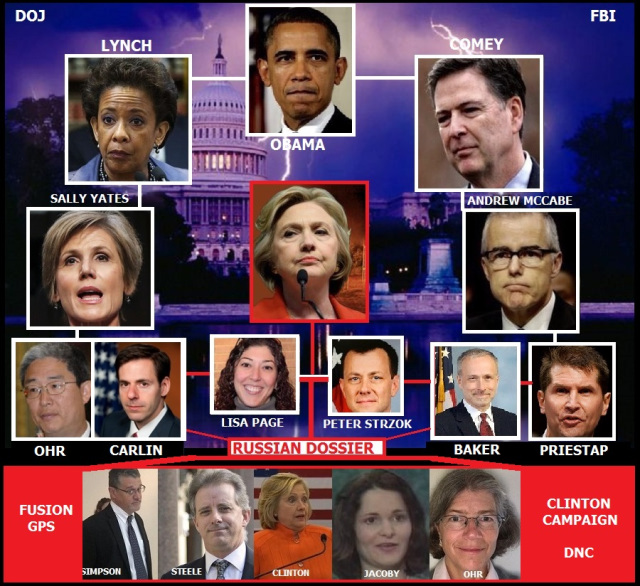 Serious FISA Abuse Investigations Now Coming to a Location Near You

Days after the Democrat-controlled House Judiciary Committee fired off 81 document requests for their post-Mueller investigations (in anticipation of a ‘disappointing’ Mueller report) – Senate Judiciary Chairman Lindsey Graham has revived his committee’s probe into potential surveillance abuse by the FBI.

In a Thursday letter to Attorney General William Barr – just three weeks on the job, Graham asked for all FBI and DOJ documents which would explain what steps were taken to verify the Steele dossier before it was used by the FBI to obtain a surveillance warrant on a Trump campaign staffer.

Republicans investigated whether the FBI misled the FISA court by relying on the dossier even though its allegations about Page were unverified. They also asserted the FBI failed to tell surveillance court judges that Steele was working on behalf of the DNC and Clinton campaign on an investigation of Donald Trump. –Daily Caller

Graham also notified Barr that he is investigating the FBI’s original decision making process behind opening up investigations of Trump campaign associates in 2016 – including, we assume, the decision to infiltrate the campaign using Stefan Halper – a former Oxford University professor and longtime intelligence asset who was paid over $1 million by the Obama Department of Defense between 2012 and 2018, with nearly half of it surrounding the 2016 US election.

A “302” serves to “report or summarize” witness interviews involved in FBI investigations – while Ohr’s testimony was recently found to have contradicted that of Deputy Attorney General Rod Rosenstein and Fusion GPS founder Glenn Simpson.