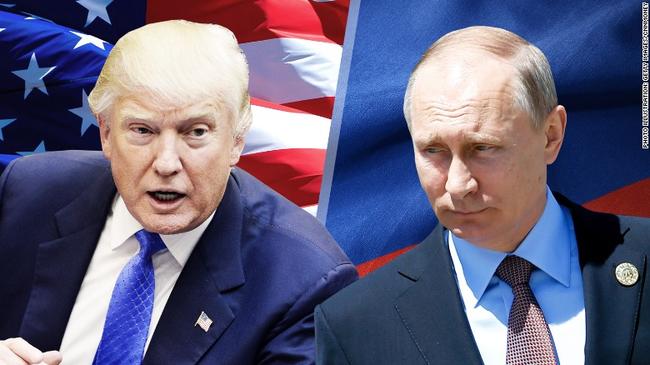 Putin To Trump: Mind Your Own Business On Venezuela; Russian Troops Will Stay “As Long As Needed”

Days after Trump’s Secretary of State Mike Pompeo demanded that Russia “cease its unconstructive behavior” by landing a transport plane full of Russian troops in Caracas last Saturday, the Kremlin has responded – essentially telling Washington to pound sand – and that their troops will remain in Venezuela “for as long as needed” according to the Independent.

In the latest indication the crisis in Venezuela is taking on elements of a proxy battle between the former Cold War rivals, a spokeswoman for Russia’s foreign ministry said the troops had been dispatched to fulfil “military contracts”.

“They are involved in the implementation of agreements in the sphere of military and technical cooperation,” said Maria Zakharova, according to the AFP, adding that the troops would stay there “for as long as needed”.

“Russia is not changing the balance of power in the region, Russia is not threatening anyone,” she said. –Independent

On Wednesday while meeting with the wife of opposition leader Juan Guaidó, President Trump called on Russia to pull its troops out of Venezuela, warning that “all options” were on the table to make that happen.

When asked by a reporter about the Russian troops, Trump said “Russia has to get out. What’s your next question.” When asked if that sentiment had been conveyed to the Kremlin, Trump replied: “They know. They know very well.”

President Trump, aka Putin's puppet, on Venezuela: "Russia has to get out." | pic.twitter.com/dIUgw2xdKO

The United States, UK and other Western nations claim that last year’s elections in Venezuela were unfair, while President Maduro and his supporters have pointed to the testimony of independent election observers who say it was legitimate. Guaidó declared himself president in January, finding the immediate support of 50 nations led by the United States.

Maduro, meanwhile, has refused to accept Western aid – suspecting it will be used as a guise to smuggle weapons to the opposition.

Last month, Mr Maduro refused to allow US aid into the country, pointing to previous incidents in Latin America when the US had smuggled weapons to anti-government forces in such shipments. His country has been working with the UN to increase the distribution of food and other supplies, amid claims of shortages of basic necessities.

On Thursday, Reuters said an internal UN report suggested about a quarter of Venezuelans were in need of humanitarian assistance.

The report painted a dire picture and estimated 94 per cent of its 28.8m people were living in poverty. It said 3.4m people had fled, with a further 1.9m expected to follow in this year. –Independent

More recently, Maduro blamed the United States for a series of power outages, claiming over Twitter that the Trump administration was engaged in an “electrical war” which was “announced and directed by American imperialism against our people.”