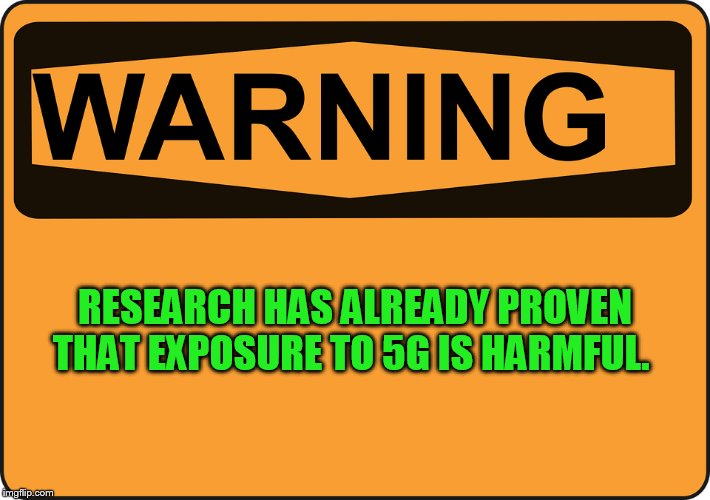 Since 2017, 241 scientists and doctors from the U.S. and around the world have demanded a moratorium on the installation of 5G wireless technology due to biological and environmental risks.

Activist Post already reported about the 5G court case that was won in Gateshead, England after 5G was installed in street lamps and people became sick.  Scientist, Mark Steele, was part of the movement to get the 5G removed and Gateshead council members weren’t at all happy about that.

Mark Steele, a 5G campaigner, has been highlighting the dangers of a secret 5G rollout by Gateshead Council where residents are complaining of increased illness and Cancer in the affected area. There’s enough evidence to conclude the new smart 5G arrays on the top of new LED lampposts emit Class 1 Radiation frequencies and should be treated as a danger to the Public. Gateshead Council ignorantly rebutted clear evidence and created false allegations on social media posts and printed leaflets stating that Mark Steele is spreading Pseudo Science and that the arrays are not dangerous or 5G:

They misused Police Powers to gag Mark Steele and yesterday he left a free man and Gateshead Council to fork out £11k of taxpayers money to cover the court cost amounting to woeful ignorance. In Court, none of the Council Officers could explain what 5G is; and their leading Government expert refused to attend the Court hearing.

In conclusion, the Judge refused to gag Mark, stating: “The public have a right to know.”

The Judge declared Mark Steele as a credible expert and engineer on EMF and GSM technologies, which proves Gateshead Council are liable for corruption, misleading the public, making people ill and attempting to discredit Mark Steele and all others such as Smombie Gate fighting 5G rollouts.

Regardless of all of this, Mark now seems to be facing jail time for continuing to warn the public about 5G as well as expecting Gateshead council members to answer questions.  So much for democracy…

5G is still being forced on communities all over the world despite all the opposition, risks, and consequences associated with it.  If this concerns you, visit the following websites for more information on what you can do to stop it: