Just how many conservative media platforms are limited hangouts and/or controlled opposition?

Just how many conservative media platforms are limited hangouts and/or controlled opposition?

Salem’s bankers, underwriters, accountants and Google technologists appear to be steering their hosts away from topics that threaten the NWO agenda

Feb. 22, 2019—A new review of Salem Media’s public disclosures at the U.S. Securities & Exchange Commission has revealed some startling facts about Salem’s history. It may explain why their popular conservative Christian hosts like Larry Elder, Dennis Prager and Hugh Hewitt limit their coverage to certain topics while steering clear of others of equal or greater importance to the survival of American culture and the Republic.

Go to https://www.sec.gov/edgar/searchedgar/companysearch.html  and type “SALM” in the Fast Search box. You will need to acquaint yourself with the “Filing Types.“ Of special note are the annual reports (10-K) and the annual proxy statements showing beneficial ownership (DEF 14A).

1.     Me Google, Salem who? Longtime Google executive Jonathan Venverloh has been a Salem director since July 20, 2011.

Despite Venverloh’s eight-year history with Salem, he does not even mention Salem in his LinkedIn biography, which does mention his other experiences at Virtualis, Weather Channel, Saatchi & Saatchi, DDB Needham. He even discloses his child’s elementary school board—but not Salem Media. Why? Is he embarrassed that it does not reflect his hipster Silicon Valley persona? Is he hiding nefarious activity? What?

Tellingly, Venverloh was recently in Zurich, Switzerland for Google (2016-2018) where he worked on “diversity and inclusion.” It is well known that Zurich is the home of the rogue C.I.A. and its Nazi gold vaults.

Why no mention of Salem Media, Mr. Venverloh? No diverse and inclusive enough for your tony Google cliché?

2.     On Feb. 04, 2005, Fidelity Investments  (FMR Corp.) purchased 14.45% of Salem’s stock (2,948,634 shares). At that time, Fidelity’s Robert  S. Ketterson was a director in the National Venture Capital Association (NVCA) along with the C.I.A.’s In-Q-Tel and Facebook’s James W. Breyer’s Accel Partners. These organizations are rapidly bringing the Chinese Social Credit Score to the United States. 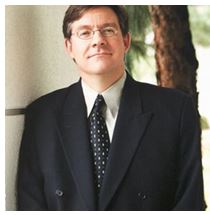 4.     Me Like Queenie: Former Ernst & Young London accountant, Brit David A.R. Evans, joined Salem, first as CFO, and now President in charge of new business. Ernst & Young London is one of the primary auditors for British “Nominee Accounts” and TheCityOfLondonUK that holds huge fortunes in HSBC offshore investments for globalist warlords and the Privy Council who have targeted President Trump via the corrupt “Five Eyes” intelligence cartel run by the rogue C.I.A. out of Zurich.

See AFI. (Jun 03, 2018). PART I: Sir Geoffrey E. Pattie – Spy-gate is directed by the Crown’s courtiers in the UK, not by Russia. Americans for Innovation. 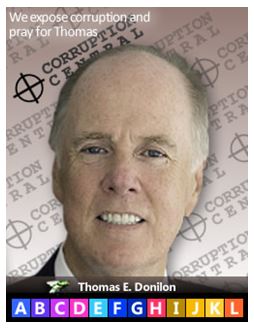 When one sees the evident infiltration of the Salem Media money supply, it is not difficult to see that these financiers can control Salem’s messaging from the shadows. In this case, they cannot overtly turn off Salem’s conservative Christian audience. But, they can certainly limit their impact and effectiveness in the culture by making certain live-changing topics off limits, hence the term ”limited hangout.”

Why don’t Salem’s paid hosts ever talk about certain subject, including:

·        5G milliwave destruction of the human mind and body

·        Satanism and ritual child sacrifice among the “elite”

Question for Salem Media: Is it true that you are the company you keep? Let’s hope not. Truth is power.