Who’s destroying the pipelines in Mexico? 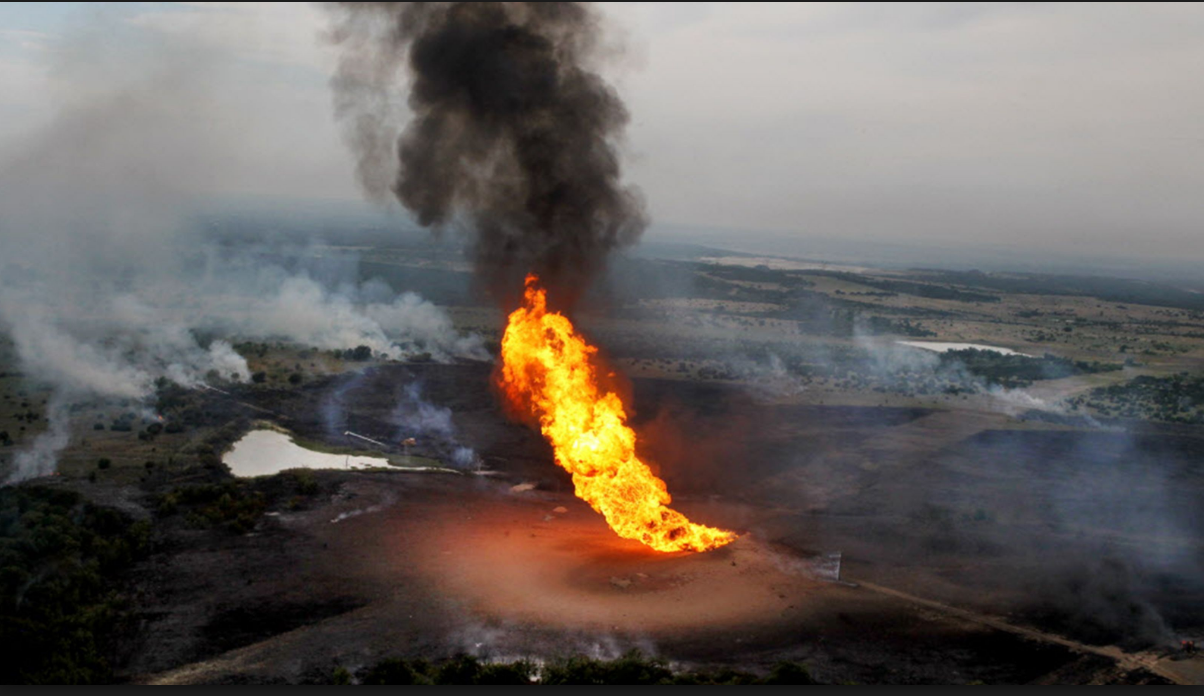 Who’s destroying the pipelines in Mexico?

MEXICO CITY, Jan 9 (Reuters) – Gasoline shortages in Mexico sparked by a crackdown on fuel theft prompted warnings from business leaders that industries like carmaking will suffer if the shortfalls persist as lines at gas stations in the capital grew on Wednesday.

The drive to eradicate a crime that has deprived state coffers of billions of dollars is President Andres Manuel Lopez Obrador’s first major move against chronic corruption since taking office on Dec. 1, but risks angering consumers and hurting the economy.

Criminal groups have been tapping pipelines and stealing tanker trucks laden with diesel and gasoline in the oil-producing country for years, reselling it illicitly, often with apparent impunity.

However, by closing off pipelines and refineries while it tracked the thefts, the government has triggered shortfalls and long lines at gas stations in several states.

Despite assurances from government officials that the situation is in hand, industry concern is growing.

“Not just workers in their movements to the workplace, but also production plants, particularly in the auto industry, which isn’t able to get enough fuel for new vehicles,” he said.

Alfredo Arzola, director of the automotive industry hub in the state of Guanajuato, a major car-making area hard hit by the fuel problems, told Reuters assembly plants could begin idling within a week if no fix was found.

“Investments are being put at risk,” he said.

Lopez Obrador said fuel theft has dropped to the equivalent of 27 truckloads a day from “over a thousand” since he sent the army to police installations of state-oil company Petroleos Mexicanos, better known as Pemex, last month. On Wednesday he vowed to hold firm.

Please go to CNBC to read the entire article.

PEMEX IS THE ONE DESTROYING GAS PIPELINES IN MEXICO, IN AN EFFORT TO OUST OBRADOR

I just got done talking to a Mexican friend with ties that go straight to the Mexican ruling class – one step removed from Vincente Fox, direct contact with family (grand kids) so this is not a guess (to be clear, his grand kids did not say this, they are an example of the level of contact, there are several others).

Also, to be clear, Vincente Fox is not involved in what I am going to mention but I do know who is (can’t say it here).

As it turns out, many of Mexico’s elite despise Obrador and want him killed. The recent attacks on gas pipelines that are extremely escalated above normal are being staged by Mexico’s elite, to disrupt the fuel supply, crash Mexico’s economy and make people hate Obrador for the problems. If they succeed at causing enough hatred towards Obrador, they are going to kill him.

This is partly based in rumor, partly based in fact and partly based in the solid evidence of what is going on now. Yesterday they destroyed a pipeline from the gulf of Mexico to Mexico city for the sole purpose of cutting off gas to Mexico. They did not do it to steal gas this time, they simply wrecked a section of pipeline for revenge only. Now more than 35 tankers are sitting off the coast of Mexico, unable to deliver their fuel, and 8 additional tankers full of propane can’t deliver either (so people won’t even be able to cook).

The bottom line to all of this is that they are going to try to trigger a major crisis in Mexico, which will include famine and the destruction of the country by continuously destroying pipelines, for the purpose of outing Obrador. They hate Obrador as much as they hate Trump. The two presidents are actually very similar, with Obrador being staunchly patriotic and anti-NWO.

Mexico is totally dependent on pipelines, and not trains and trucks. All the investment was in pipelines (good choice) but there are simply not enough gasoline trucks to even come close to meeting even a fraction of the demand, especially when large distances have to be covered.

Because the elite have deep ties to Pemex, they have all the schematics and routing for the pipelines as well as access to scanners that can tell them exactly where a pipeline is underground. At one of the scenes, they forgot the scanner behind, which proves it is Pemex people destroying the pipelines, not back yard gas thieves who have no access to that type of device. The writing is on the wall, the same elite class that is battling Trump fully intends to deeply damage Mexico.

Obrador is attempting to trap the (very high level, and I mean SUPER HIGH LEVEL) perpetrators in a way that can be documented before the public so they can be brought to justice, but from where I can view this that’s not assured, it is more of a death match.

People from previous administrations are ripping up the gasoline pipelines and using the breaks in the gas lines as a reason to steal gas (they just say all the gas vanished through the broken pipe.)

People slept in their cars all night. Most likely because many are out of gas and can’t leave the line anyway. I did not see any crime related to this, just miles of people sleeping in cars, cars with no one in them, empty spaces where people gave up and left but the cars did not move forward to fill them, etc.

If this is not resolved very quickly there is going to be an epic crisis.

PRESIDENT OBRADOR JUST DECLARED A NATIONAL EMERGENCY (the way some suspect Trump will) AND HE IS CLEANING UP THE CORRUPT!

So we have Obrador declaring a national emergency at the same time Trump is likely to.

The reason for President Obrador’s national emergency: Sham people from previous administrations who are part of PEMEX (which still exists and provides 100 percent of Mexico’s gasoline despite “privatization”) are having hoaxers cut gasoline pipelines to “steal” gas. Some does get stolen this way, but what the corrupted people are doing is re-routing the gasoline the “vandals” stole into their own collection areas and are blaming everything that is gone on the pipeline breach.

Obrador figured it out and rather than take a cut the way previous administrations did, he is having the pipelines rapidly repaired, and then having the military guard every pipeline along it’s entire length. He has hypothesized that the gasoline will still get stolen (broken pipeline or not) because the corrupt have budgets they need to meet, and when gas vanishes and there is no broken pipeline it will be easier to nail the perpetrators.

A form of martial law is now in place in Mexico. They are totally leaving ordinary people alone and are using trucks to transport all the gasoline with full accountability. This has caused major supply bottlenecks and gasoline waiting lines a mile or more long at every single station, with ALL of them out of gas. What a scene!

He promises that in the end, the “elite” that are stealing the gas will be in jail, and gasoline prices will be lower, but there will be pain for a while . . . .