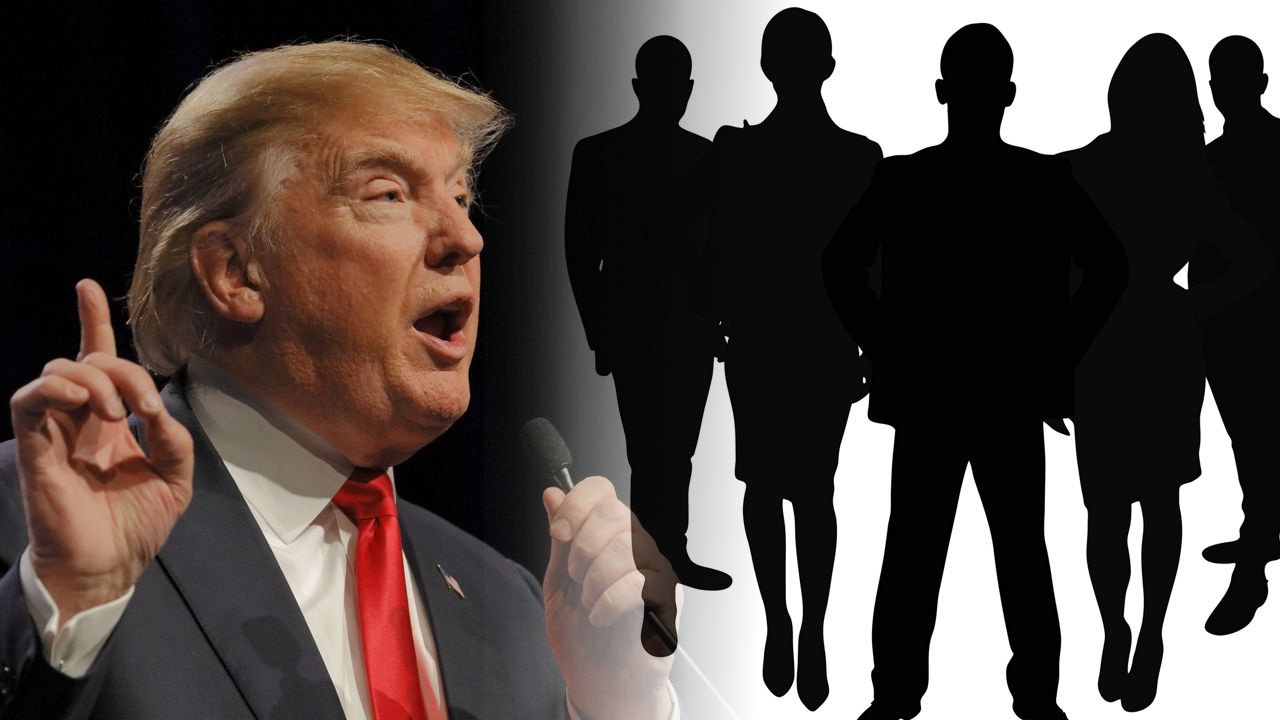 SOTN Editor’s Note: The following response is the product of decades of studying and researching the inner workings of the U.S. Federal Government. Some of these historical facts and political realities may be completely unknown to the reader. However, they each need to be considered very seriously in view of the critical state of the American Republic. First, please know that this SOTN response is to the many folks who are emailing us about the current [DETERIORATING] state of the American Republic, and especially about the true status of President Donald Trump.

Many have expressed the opinion that Trump has lost. That he has given up. That he’s been taken over. That he has compromised his way into a dark corner with no way out.

Others have observed that the POTUS has broken his campaign promises. Or, that he never meant to keep them in the first place.

Some patriots have even suggested that the prez is under the influence of serious mind-control techniques and/or mind-altering drugs which prevent him from effectively implementing his MAGA agenda.

There are some political commentators who strongly believe we are all witnessing a Mexican standoff where if either side pulls the trigger, an ultra-critical point of no return will have transpired, the aftermath of which could be majorly apocalyptic for the USA and the world-at-large.

Then there are those who fear that the President is secretly being held captive by Deep State. That the C.I.A. has him under wraps in the Oval Office prison. And that the Shadow Government is really calling all the shots.

And these are only some of the possibilities that each of our readers is ‘absolutely sure’ is the present situation in the White House.

Data point: The POTUS is the president of the U.S. Corporation. As such, this government-corporate entity has a Board of Directors, which is completely hidden in this particular case.

This clandestine Board of Directors in turn answers to a governing body which, itself, also answers to a level of leadership that is even further removed from the public’s awareness. This is the way it has been at least since the Federal Reserve Act of 1913 when the FED was effectively ceded full control of the U.S. Federal Government. Before that historic and hapless event, there were other hidden controls firmly in place on the Office of the U.S. Presidency.

In even the best of worlds, given these highly constraining institutional arrangements, Trump can only accomplish so much. Given the extremely powerful and pervasive forces of Deep State vastly arrayed against him, he can do even less. In light of the exceedingly polarized political climate, Trump’s job just got that much harder. And it’s important to understand that the so-called Democrats are really Communists, Socialists, and Bolsheviks in disguise, and hardcore at that.

With this vital understanding, even if Trump had every intention of carrying out his MAGA agenda, it was nearly impossible to do so as it is today.

Trump also knows in his heart of hearts that his first job was to completely demolish the Obamanation, as well as Deep State. For it’s literally impossible to build a new American Republic with a “Sodom and Gomorrah” operating at full tilt on both the Left Coast (San Fran & LA) and the East Coast (NYC & D.C.). With these exceptionally powerful political, economic and financial power centers fighting him tooth and nail every second of every day, what can he possibly accomplish with lasting effect?!

KEY POINT: Let’s face it, the Special Counsel appointment of Robert Mueller was nothing but a Deep State ploy to further tie up Trump, which it has done to a certain degree. Mueller has also used it to cover up all the Democrat criminality and corruption MULEgate: Mueller is destroying the rule of law, Replacing it with the rule of the jungle

President Trump has done his job. He’s finished with his primary presidential task. Now it’s time for We the People to play our vital parts.

It’s politically impossible for him to achieve his major goals with a Democrat-controlled House. He knows that.

He’s also doing a great job at telegraphing to the Patriot movement, the Nationalists, the Conservatives and Christians, the Libertarians and Independents that his hands are tied. And that he desperately needs our help!

He needs serious people power underneath his wings—MORE THAN EVER!

Given what has just occurred over the past few weeks, it ought to be obvious that the prez has been put into a veritable straightjacket…with just enough wiggle room to bang out some tweets.

Even before he walked into the Oval Office, Trump was forced to agree to some very real terms and conditions of holding high office which is why Obama is still out on the street. As follows:

“The shadow government will even go so far as to make Trump sign a confidential contract which they can, and will, enforce in any number of ways. TPTB will not even let him near the White House until he signs this secret contract. That contract includes a strict promise not to prosecute any former president for war crimes or any other high crimes and misdemeanors. As a matter of fact, every single president since JFK has been forced to sign such a contract which is only broken on pain of death.”(Source: Donald Trump Is In Serious Trouble)

This is just one clause of the highly classified secret contract executed between the CEO President and the U.S. Corporation. There are other significant terms and conditions that prevent him from executing his most basic duties as well as implementing key aspects of his MAGA agenda. It’s quite likely that Trump was unaware of many of these restrictions and stipulations before he decided to run for office.

We the People must act

None of these artificial constraints on the POTUS are legitimate in any sense of the word.

Therefore, President Trump is fully empowered to throw off the yoke of the Shadow Government and International Banking Cartel. However, he first requires a critical mass of patriots to fully support him.

His first order of business in really knocking down Deep State is to demolish the central pillar—the CIA’s Mockingbird Media. Once that carefully controlled demolition takes place, everything changes in a day and a night. See: The Mockingbird Media Must Be Shut Down and/or Taken Over

However, there is a HUGE caveat to this absolute necessity.

Trump will be incapacitated if he crosses the line

Knowing that the West Wing is now a bull pen for agents of Deep State and Shadow Government operatives, TPTB can physically restrain the prez at almost any moment… … and totally get away with it.

In other words, should Trump give an order to arrest George Soros as a traitor to the American Republic it would be quite easy for that order to be immediately put into the circular file.

Were Trump to tweet it out, the order would be pre-emptively deleted.

If Trump were to give a public address on any given national news platform, it would be time delayed so as to be erased.

Should Trump use a live platform to speak directly to the American people in real-time, he would be rustled off the stage under the pretext of an assassination threat or immediately injected so as to effectively incapacitate him.

There have already been public appearances that Trump has made since Inauguration Day where it was evident that he had been drugged.

The bottom line here is that the POTUS is really on a very tight leash. And the White House is the most monitored office prison IN THE WORLD.

Truly, his options going forward have been severely limited as the cancellation of the SOTU (by the Speaker) clearly illustrates. That’s also because there’s a slow-motion soft coup in progress. As follows: Trump has performed his primary function within the context of the Second American Revolution. He pulled the trigger on the revolution against the NWO globalist cabal that insidiously stole our nation over decades of subversion, sabotage and sedition. For example, because of Trump’s Twitter content we now all know that “the media is the enemy of the people”.

THE MAINSTREAM MEDIA IS THE ENEMY OF THE PEOPLE!

Now it’s our job to get rid of the traitors to the Republic wherever they infest the US government, the Mainstream Media and other powerful institutions of American society.

President Trump cannot do this alone. He never could. Besides, this is the job for the American people to do. We let the globalist perps steal our country and only we can take it back from them.

This grave responsibility now falls squarely on the shoulders of every living American patriot—BAR NONE. We are at the point where it is either US (the nationalists) or them (the globalists).

We the People are literally in a fight for our lives. If the Democrats win big in 2020, it’s all over. Truly, it will be over for the United States of America that was conceived by our great Founding Fathers. Should the reader fail to apprehend this stark reality, just take a good close look at the atrocious state of California.

Let’s get busy! And take back our country before the liberal bolsheviks take what little freedoms and few rights are left for us to defend ourselves and remove them from their corrupted positions of power and influence.