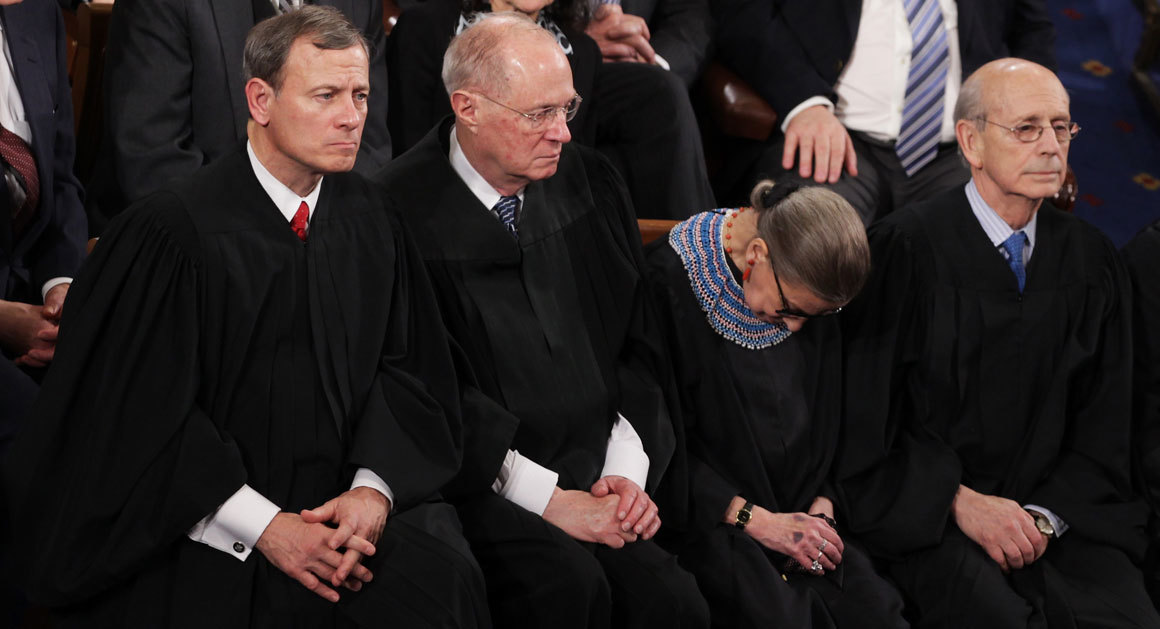 Bader Ginsburg watch nears the end of its second month

It has been 54 days since the public laid eyes on the 85-year-old Supreme Court justice Ruth Bader Ginsburg, and her absence is prompting calls for proof of life.  The last time she was seen was on December 6, 2018, when she heard arguments in person at the Court.  Since then, she underwent surgery on December 21 of last year after two cancerous growths from her left lung were discovered and removed.  All official statements have been issued by people close to her and meant to assure the public that she is recovering quietly.

However, RBG has missed oral arguments this month for the first time in her 25-year career on the bench, and it is raising anxieties about how well and if she is recovering.  It has been reported that the White House is taking steps toward preparing a short list of Supreme Court nominees in the event of Justice Ginsburg’s death or departure.  Adding even more fuel to the speculation, Fox & Friends “accidentally” showed a memorial graphic that claimed that Ginsburg is dead.  The show apologized shortly after and blamed it on a “control room error,” but it’s worth noting that the graphic even being made and loaded is a disturbing, macabre preparation.

She was scheduled to attend a function called “An Evening with Justice Ruth Bader Ginsburg” in Los Angeles on Tuesday evening at the Skirball Cultural Center, but the event was “regrettably canceled” because she is still recuperating from her recent surgery.  A second engagement on February 6 with her and philanthropist David Rubenstein in New York City was also canceled.

The reason her absence is so monumental is that if her health has compromised her ability to do her job as a member of the highest court in the United States, her removal will give President Trump his third justice nomination of his first term.  This would be an apocalypse to the liberal Democrats, who would be faced with the most conservative Supreme Court in modern history for decades to come.  If you thought the Kavanaugh nomination was rough, imagine if Democrats doubled their efforts the third time around.

Could this be why Nancy Pelosi is so defiantly postponing the president’s State of the Union address – because it might reveal to the world an empty seat where RBG is supposed to be?  Although the justice didn’t attend, in protest, President Trump’s first State of the Union in 2018 and Supreme Court justice attendance is by no means required, it would be terrible optics as the nation wonders where and how she is.

Some left-leaning voices have condemned the calls for proof that Ruth Bader Ginsburg is still capable of performing her duties as justice.  In a display of hypocrisy that is now too common, here is an article from CNN demanding the same confirmation after First Lady Melania Trump avoided the public for 19 days after a minor operation.

One wishes Justice Ginsburg a speedy recovery and a healthy future, with the sincere hope that she can make it to the president’s State of the Union address next week.