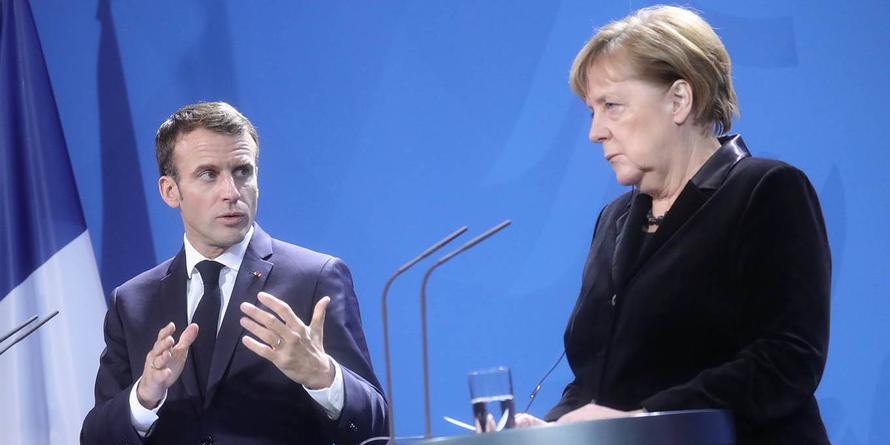 The politics of Brexit is descending into chaos. The European Union is fragmenting into northern, southern, eastern, and western tribes. And now the Franco-German marriage at the center of the European project is in danger of falling apart.

In May 2017, when German Chancellor Angela Merkel and newly elected French President Emmanuel Macron met for the first time, many hoped for a renewal of vows. Crowds of pro-European well-wishers urged them on. Macron, the fresh-faced reformer, seemed to have a Midas-like political touch. And Merkel was at the height of her power on the international stage, having been deemed the new “leader of the free world,” supplanting the “very stable genius” in the White House, Donald Trump.

Quoting the German author Hermann Hesse, Merkel observedthat, “There is magic in every beginning,” but added a caveat: “The magic lasts only when there are results.”

Eighteen months later, the magic most certainly has not lasted. Merkel has now handed over the leadership of the Christian Democratic Union (CDU) and will not seek another term as chancellor. And Macron, far from walking on water, has been trying not to drown in a sea of yellow-vested protesters.

As both leaders’ political stars have waned, so, too, have the prospects for a renewed Franco-German relationship. Just when Macron was placing his hopes in Merkel’s power to lead at the European level, her grip on domestic power was slipping. After the German federal election in September 2017, Merkel struggled for six months to form a government. She did not want to form a minority government, and the remaining opposition parties didn’t particularly want to govern with her.

But the real damage to Merkel’s power came from within. Leading politicians in the CDU’s Bavarian sister party, the Christian Social Union (CSU), have attacked Merkel’s decision to welcome Syrian refugees in 2015, and even cozied up to some of her sworn enemies, not least Hungarian Prime Minister Viktor Orbán, Austrian Chancellor Sebastian Kurz, and Matteo Salvini, the Italian deputy prime minister and interior minister. These populists and their CSU sympathizers have used immigration as a wedge issue to attack Merkel.

Macron, meanwhile, has sought to make French renewal synonymous with European renewal. Since coming to power, he has pursued a new grand bargain with Germany. In exchange for France finally getting a grip on its finances and reforming its public sector and labor market, Germany would back Macron’s proposals to deepen EU and eurozone integration, including a joint eurozone budget, an EU finance ministry, and more unified foreign and defense policies.

Though Merkel recently agreed to a joint budget in principle, many in France now suspect that Macron has been duped. Early in his presidency, he introduced a series of unpopular measures, slashing the wealth tax and cutting social benefits. More recently, he rolled out a fuel-tax increase to keep this year’s deficit below 3% of GDP, in the process unleashing the sea of yellow vests now laying siege to his administration.

In response, Germany has offered Macron essentially nothing. It has dragged its feet on completing a banking union and introducing eurozone investment bonds, and has paid only lip service to the idea of a joint budget. Even on defense policy, which could serve as a stand-in for meaningful economic reforms, Germany has put up resistance, watering down EU proposals for an “avant-garde” grouping and balking at Macron’s proposed European Intervention Initiative (EI2).

The next few months will almost certainly deliver more disappointments for Macron, and possibly even a Franco-German bust-up. After all, at a recent meeting of EU finance ministers, Germany struck yet another blow against Macron by watering down his proposal for a new digital tax on tech giants such as Google and Facebook. Though the proposal had broad support, the Germans worried that the US would retaliate against their auto industry.

Moreover, there is speculation that the Bundeswehr will replace its outdated Tornado fighter planes with American F-35s instead of a European-made equivalent. With the German Air Force already indicating that the F-35 is its preferred choice, Airbus CEO Dirk Hoke recently warned that, “As soon as Germany becomes a F-35 nation, all cooperation with France on combat jet issues will die.”

France and Germany are falling out just when anti-European forces are coming together.With an eye toward the European Parliament election in May, Orbán and Salvini are actively working to create a populist federationthat includes both the anti-austerity left and the anti-immigrant right. Their goal is to capture at least a third of parliamentary seats, as well as a blocking minority on the European Council.

The Euroskeptics’ main opponents are not politicians in their own countries, but rather Macron and Merkel. And the problem for Macron and Merkel is that they cannot necessarily count on French and German voters to support them in leading EU reforms. Indeed, far from seeing Merkel as a brake on deeper integration, many Germans regard her as overly pro-European. As for Macron, he may be the most pro-European French president in decades, but he could find himself in the position of having to run against EU budget rules that are standing in the way of his domestic reforms.

The danger now is that Macron and Merkel will be lured into singing along to Salvini and Orbán’s tune. Their task is to avoid that trap and find a way to reinvent the political center, before it is too late.