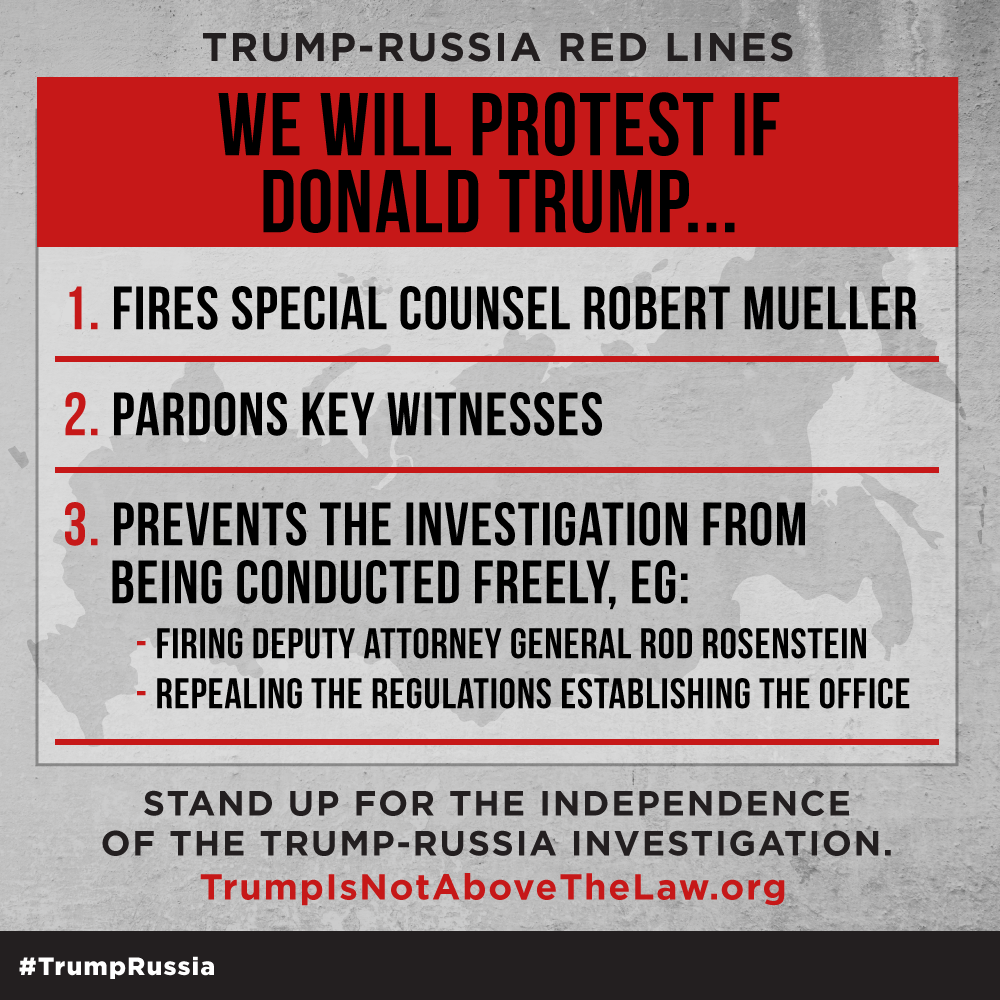 Here are the actions Donald Trump could take that would set these protests in motion:

* The firing of Attorney General Jeff Sessions would be one step short of the break glass moment. We would not trigger events, but we would respond by growing the rapid-response list and demanding that any new AG protect the investigation and that Congress pass the Mueller protection legislation. *

Here’s the plan for when we would call for protests:

Rallies will begin just hours after national events are triggered:

* This is the general plan—please confirm details on your event page, as individual hosts may tailor their events to their local plan.*

These events are only the first step. Our goal with these actions is to create an opportunity for anyone outraged by Trump’s abuse of power to engage immediately in voicing their concern. Together, we will communicate unmistakably that this is not okay and that this act to undermine democracy is not going to be allowed to become a new normal.

But that’s only the first step, and it’s far from the last one.

Congress is the only body with the constitutional power and responsibility to hold a president politically accountable for major violations of the public trust like this. And “we, the people” are their backstop and source of legitimate power.

And what people do next to force Congress to act is up to them!

Certainly, everyone at an event should also call their member of Congress to demand action. And everyone is encouraged to communicate that demand directly at congressional offices.

Beyond that, it’s up to you! It’s a good idea to discuss possible scenarios in advance with the hosts of your event or with your friends to develop other nonviolent ways you would like to compel actions from Congress.

Here’s what groups will be asking Congress to do: