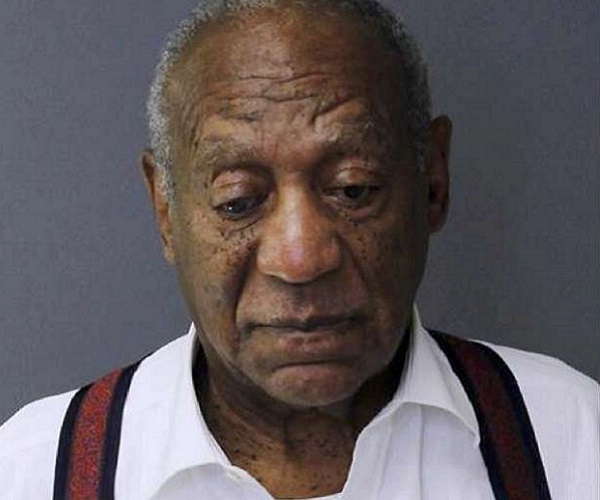 Bill Cosby’s mugshot, destined to live on in infamy, was snapped on his way to prison on Tuesday and released by Pennsylvania authorities, People magazine reported.

The booking photo shows the 81-year-old disgraced actor with eyes downcast and lips pursed as he prepares to serve out three to 10 years following his conviction for sexual assault.

He was facing a maximum of 30 years in prison, but Montgomery County Judge Steven T. O’Neill announced in court on Monday that the prosecution and the defense agreed to merge two of the three counts into one charge.

The Montgomery County District Attorney confirmed on Twitter the prison term for Cosby, who became the first celebrity to be sentenced amid the #MeToo movement.

Cosby’s publicist, Andrew Wyatt, called the ordeal “the most racist and sexist trial in the history of the United States,” according to People. “They persecuted Jesus and look what happened. I’m not saying Mr. Cosby’s Jesus but we know what this country has done to black men for centuries.”

In light of the sentencing, a petition was submitted to the Hollywood Chamber of Commerce requesting Cosby’s Hollywood Walk of Fame star be removed, CBS2 reported.

However, the chamber said Tuesday that it did not remove stars from the Walk of Fame as they are intended to be permanent fixtures.

“The stars only commemorate the recipient’s professional accomplishments,” the chamber wrote. “It is regrettable when the personal lives of inductees do not measure up to public standards and expectations.”