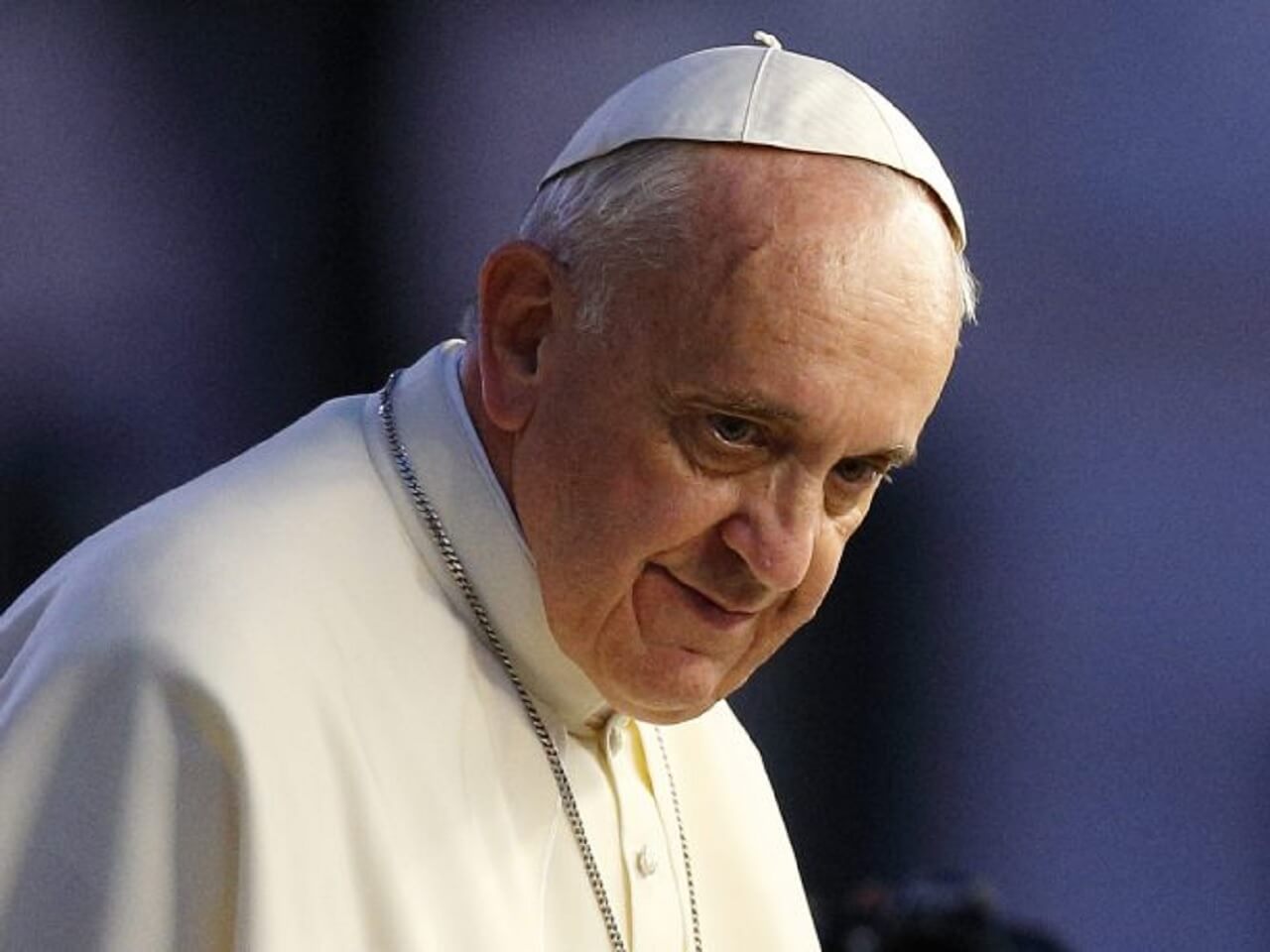 The question of Fr. Jorge Bergoglio’s relations with the Argentine military regime, which was in power from 1976 to 1983, was treated in 2005 by the journalist Horacio Verbitsky, who accused Bergoglio of deliberately betraying two of his priests, Fathers Yorio and Jalics, to the authorities. The accusations were discounted, largely because of Verbitsky’s Marxist and anti-clerical bias, and I am not concerned here to revisit the question of fact. It is useful, however, to study the story that Verbitsky tells, on the basis of the narratives of the two Jesuits, for the disclosure that they give of Bergoglio’s character.

The following is a summary of an article that was published by Horacio Verbitsky in Salta, on 12 April 2010, while Bergoglio was cardinal-archbishop of Buenos Aires. The title is: “‘Mentiras y Calumnias’. Acusaciones de Yorio y Jalics contra el Cardenal Bergoglio” – “‘Lies and Calumnies’. Accusations by Yorio and Jalics against Cardinal Bergoglio”. The article can be read here.

The background to the story is as follows: in 1976, while Fr. Jorge Bergoglio was Jesuit provincial, a coup d’état established a military dictatorship in Argentina. Two of Fr. Bergoglio’s Jesuit subjects, Fr. Orlando Yorio and Fr. Francisco Jalics, were left-wing priests pursuing a mission in the country’s shantytowns, where terrorist actions took place in the early days of the regime. They were kidnapped by the military and tortured before being released. In 1995, after the fall of the military regime, Fr. Jalics wrote a book, Ejercicios de meditación, in which he made strong accusations against Bergoglio without naming him openly. As a background to his arrest, he notes that when the left-wing priests worked in the shantytowns, sympathizers with the military regime wanted to denounce them as terrorists.

We knew where the wind was blowing from and who was responsible for these calumnies. I therefore went to speak with the person in question and I explained that he was playing with our lives. The man promised me that he would let the military know that we were not terrorists. By later declarations of an officer and by thirty documents to which we subsequently had access we were able to discover without the slightest doubt that that man had not kept his promise but on the contrary had presented a false denunciation to the military.

In another part of the book, Jalics adds that that person “made the calumny credible, using his authority” and “gave witness to the officers who kidnapped us that we had worked on the scene of the terrorist action. Shortly before, I had told that person that he was playing with our lives. He must have been aware that he was sending us to certain death with his declarations.”

For the identification of the anonymous person, Verbitsky referred to a letter that Fr. Orlando Yorio wrote in November 1977, soon after the events, to Fr. Moura, the assistant to the general of the Society of Jesus in Rome. Yorio’s narrative is obviously parallel to Jalics’s; he relates that Fr. Bergoglio, as provincial, told him in conversation that he had received adverse reports about him, and he named three fellow Jesuits, Fathers Oliva, Vicentini, and Scannone, as the source of them. However, when Fr. Yorio spoke to these three, they told him they had given opinions not against him, but in his favor. Yorio states in his letter that Fr. Bergoglio had promised to rein in rumors within the Society of Jesus and to speak to the military to assure them of Fr. Yorio’s and Fr. Jalics’s innocence, but as the provincial, he did nothing to defend them, and “we began to have suspicions about his honesty.” Yorio asserts that for years, Fr. Bergoglio subjected them to a covert harassment, never openly adopting the accusations against them, which he always attributed to other priests or bishops. These clergymen denied such accusations when confronted.

The circumstances surrounding their kidnap by the military authorities were explained by Fathers Yorio and Jalics as follows: Fr. Bergoglio advised them, once they left the Society of Jesus, to go to see the bishop of Morón, Miguel Raspanti, in whose diocese they might keep their priesthood and their lives, and he offered to send a favorable report so that they might be accepted. But Fathers Yorio and Jalics heard from the vicar and various priests of the diocese of Morón that Fr. Bergoglio’s letter to Bishop Raspanti contained accusations “sufficient to ensure that we should not continue exercising the priesthood.” Replying to Fr. Yorio, the provincial declared, “It’s not true. My report was favorable. The trouble is that Raspanti is an aged person who sometimes gets muddled.” Yet Bergoglio repeated his accusations to Bishop Raspanti in a further meeting that he had with him, as the latter himself revealed to another priest of Bajo Flores, Fr. Dourrón. Fr. Yorio therefore challenged Bergoglio again, and this time the provincial replied, “Raspanti says that his priests object to your coming into the diocese.”

The alternative was then proposed that Fathers Yorio and Jalics join a pastoral team in the archdiocese of Buenos Aires. The leader of the team put this to Archbishop Aramburu, whose answer was “Impossible. There are very grave accusations against them. I don’t even want to see them.” One of the priests of the team complained to the episcopal vicar in the Flores district, Fr. Serra, who replied, “The accusations come from the Provincial,” and he told Fr. Yorio that he was being deprived of his license to exercise the priesthood in the archdiocese because the provincial had told him that he was leaving the Society of Jesus.

When questioned about this, Fr. Bergoglio replied, “They didn’t need to take your license away. This is Aramburu’s doing. I am giving you a license to continue saying Mass in private, until you find a bishop.”

The final attempt to find a bishop to incardinate the two priests was made by the Rev. Eduardo González, who in May 1976 approached the archbishop of Santa Fe, Vicente Zazpe. The archbishop replied, “It is not possible to accept them because the Provincial says that he is dismissing them from the Society of Jesus.” Upon this, the pastoral team sent a letter of protest to Fr. Bergoglio, with copies to Archbishop Aramburu; Bishop Raspanti; and the nuncio, Pio Laghi, but they received no reply.

A few days later, Fathers Yorio and Jalics were kidnapped and tortured by the military forces.  They were later released after the negotiation of an agreement between the government and the Church.  The question then arose of getting them out of the country. Fr. Bergoglio, as Jesuit provincial, did not want to send them to Rome. Fr. Yorio was sheltered by a nun, Norma Gorriarán, until Fr. Bergoglio demanded that she tell him where Fr. Yorio was, ostensibly for the purpose of protecting him. Sister Gorriarán was not convinced and refused. Bergoglio, she related, “trembled with fury that an insignificant nun should stand up to him. He pointed his finger at me and said, ‘You are responsible for whatever risks Orlando runs, wherever he may be.’” Finally, the nuncio obtained papers for Fr. Yorio, and Fr. Bergoglio authorized payment for his journey to Rome.

On reaching Rome, Fr. Yorio heard from Fr. Gaviña, the secretary of the Jesuit general, the news that he had been dismissed from the Society of Jesus and also that the reason why he and Fr. Jalics had been captured by the military was that the Argentine government had been informed by their religious superiors that at least one of them was a guerrilla fighter. This information was provided by the Argentine ambassador, who confirmed it in writing.

As to Fr. Jalics, he declared that after his release from detention, Fr. Bergoglio opposed his remaining in Argentina and spoke with the bishops so they would not accept him as a priest in their dioceses. Fr. Jalics gave this account in later years, when Bergoglio had become a bishop and archbishop, and he noted that Bergoglio now made a practice of seeking him out and talking to him as part of the whitewashing operation he was perfecting at the time.

Information was also given to Verbitsky by the brother of Fr. Yorio, Rodolfo, who was able to tell the writer from his own knowledge that Fr. Bergoglio had personal contacts with the military regime. He recalled a meeting with the provincial, who told him he was about to receive a visit from the military, and after he left the house, he saw a car draw up outside the door and three officers get out of it. Rodolfo Yorio added that Fr. Bergoglio sometimes used these contacts to protect people: “I know people whom he helped. That shows his two faces and his closeness to the military authorities. His way of managing ambiguity is masterly. If they were killed he was rid of them, if they were saved he was the one who had saved them. That’s why there are people who consider him a saint and others who are terrified of him.”

As I began by saying, it is not my purpose to discuss whether Fr. Bergoglio did in fact betray Fathers Yorio and Jalics to the military regime. It is generally agreed that Verbitsky failed to prove his accusations, although neither were they conclusively disproved. What I am concerned with here is the picture of Bergoglio’s character that emerges from the above narrative. A politically motivated accusation that he collaborated with the military regime would be easy to invent, but it would be difficult to manufacture out of nothing the pervasive impression of duplicity and the charges and counter-charges of untruthfulness that mark the story told by Fathers Yorio and Jalics. Moreover, they correspond closely with the accounts of Bergoglio that come from other sources. The Church’s faithful are thus challenged to contemplate the possibility that they have as pope a figure who falls short of the standards of integrity that we have come to assume in that office, and who has conducted a careful and highly successful whitewashing campaign to present himself as a limpid spiritual figure, first to the Argentine public and then to the world as a whole.

Editor’s note: This article was written as an appendix to the foreign-language editions of The Dictator Pope. It is published here with the author’s permission.