SWITZERLAND: Why War And Terrorism Never Happen There 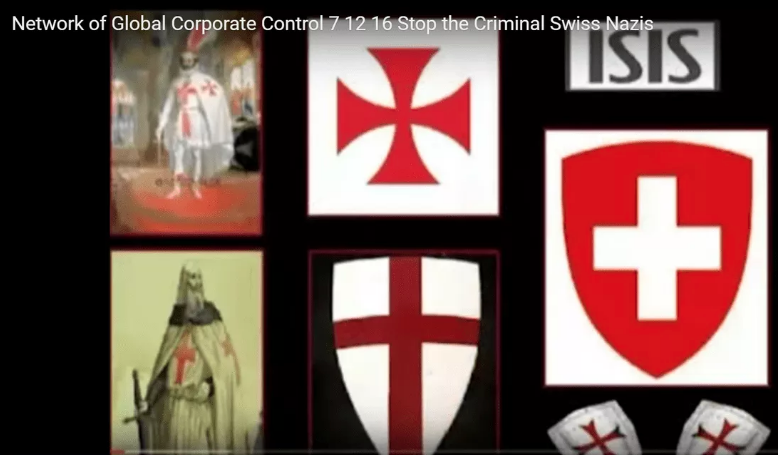 SWITZERLAND: Why War And Terrorism Never Happen There

The NAZI TEMPLARS of SWITZERLAND – The Enemy Within

A connection in symbols and history from the ancient pharaohs to Switzerland, CIA and NATO – and OCTAGON.

Preserved by the Knights Templar, the Magi Priesthood of Melchizedek, as part of the Ancient Priesthood of Solomon, directly connects the Order with the oldest civilizations, the ancient Pharaonic Egyptian Priesthood, the Priesthoods of the Biblical King Melchizedek and King Solomon, as well as the Essenes (who recorded the Dead Sea Scrolls and Nag Hammadi Scrolls, including the Lost Gospels and the Book of Enoch).

This lineage of priestly succession also connects the Templar Priesthood with some of the most important leaders of civilization in human history, including King Khufu (architect of the Great Pyramid of Egypt), Amenhotep III (father of Queen Nefirtiti and grandfather of King Tutankhamen), Sheshonq I (who returned the Ark of the Covenant from the Temple of Solomon to Egypt), and Cleopatra (High Priestess of Isis).

A theme used in The Templar Agenda is the premise that outlawed Templars escaped into the Alps, eventually assisting in the foundation of Switzerland in 1291. Having secured their future the Templars disappeared off the scene by 1307.

(The Swiss banking system has long been famous for its complex nature, its reliability and secrecy. Curiously, many elements of the Templar banking system do overlap, including the Templar use of safe deposit boxes, a prominent feature of Swiss numbered accounts).

Much of the Gold from ancient Egypt and Jerusalem was transported to Switzerland – so we can assume that this is where the famous Templars treasure has been hoarded. A similar process seems to have happened during the Second World War, where treasure ended up in Switzerland.

Supposedly neutral, Switzerland was happy to take German gold in return for hard currency and weapons, financing Adolf Hitler in WWII (1939 – 1945) and enabling the Nazis to prolong and continue their war effort. The Nazis plundered loot from across Europe, and, as they faced defeat in 1945, frantically hid it from the advancing Allied forces. Much of it was put “back” in bank accounts in Switzerland.

ISIS was created by the Swiss CIA in order to terrorize the world with Weapons of Mass Destruction (MWD) so that information about Switzerland’s secret role as the progenitor of assassinations, terror attacks and wars would be lost in the aftermath of nuclear terror attacks and biological pandemics.

Consequently, the CIA is now in a race against time to destroy the world as we know with ISIS-related terror attacks in a last-ditch effort to hide the fact that the CIA is located in Switzerland, the eye of the storm which has been free of terror attacks and war for over 500-years.

In 1996 Switzerland joins NATO and its “promotion of international security, democracy, human rights, international humanitarian law, fundamental freedom and the rule of law”.

The hypercube is a four dimensional cube. It is a cube within a cube.

The OCTAGON is a projection of the hypercube in two dimensional space. A projection, a shadow, the sub conscious thrown off of the conscious mind is what the dark occultists have to work with in order to make puppets, or golems, a creature shaped by the dark sorcerer.

You see the usage of the double square/octagon in architecture, on stop signs, police helmets and military medals +++.