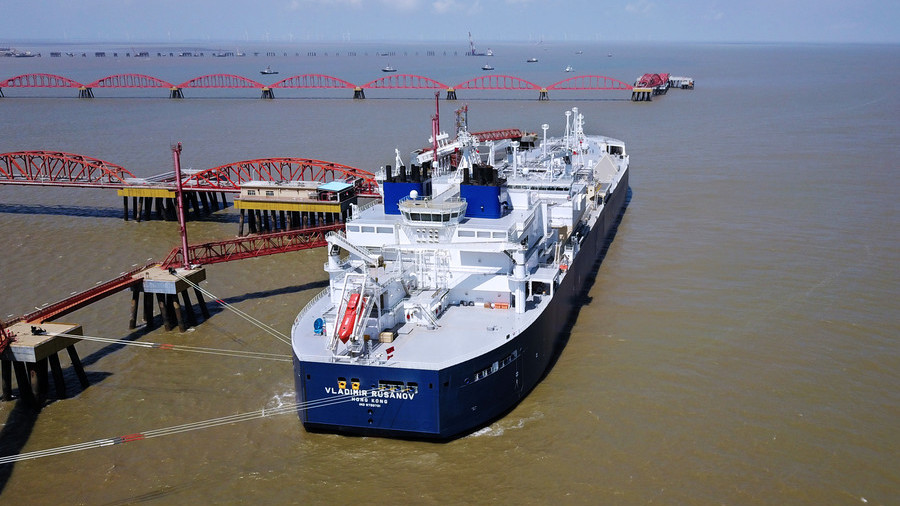 Prime Minister Dmitry Medvedev has warned the US that any sanctions targeting Russian banking operations and currency trade will be treated as a declaration of economic war and retaliated against by any means necessary.

“If they introduce something like a ban on banking operations or the use of any currency, we will treat it as a declaration of economic war. And we’ll have to respond to it accordingly – economically, politically, or in any other way, if required,” Medvedev said during a trip to the Kamchatka region.

“Our American friends should make no mistake about it,” he emphasized.

Medvedev noted that Russia has a long history of surviving economic restrictions and never caved in to the pressure in the past. “Our country had been living under constant pressure through sanctions for the last hundred years,” Medvedev said, accusing the US and its allies of employing sanctions to undercut global competition. “Nothing has changed.”

The prime minister said that by targeting Russia’s gas exports to Europe, Washington wants to push its own LNG shipments to the continent. “It’s an absolutely nonmarket anti-competition measure aimed at strangling our capabilities.”

Medvedev pointed out that the US is simultaneously imposing tariffs on China. “The Chinese, obviously, don’t like it. No one does. And our goal is to resist all these measures.”

On Wednesday, the US State Department announced a new round of sanctions targeting Russian exports of dual-purpose electronics and other national security-controlled equipment, which will come into effect on August 22.

The stated reasoning behind latest punitive actions are accusations levelled against Russia over the Sergei and Yulia Skripal poisoning back in March, which the UK and its allies pinned on Moscow without due investigation. Washington subsequently accused Moscow of breaking the 1991 international law against chemical and biological warfare.

The Kremlin has repeatedly denied the allegations, while the UK authorities have provided no proof of Russia’s involvement in the case. Furthermore, Moscow eliminated all stockpiles of its chemical weapons under international obligations, unlike the US, which has still to honor its commitment.

While Russia reserved the right to retaliate against new trade restrictions, the US threatened to intensify sanctions within three months, by potentially cutting off nearly all exports and imports and banning the Russian airline Aeroflot from flying to the US.

To avoid further pressure, Washington demands that Moscow confess and provide “reliable assurances” that Russia will not use chemical weapons in the future. The US also seeks to have “on-site inspections” of alleged chemical production facilities, which Russia has already shut down.