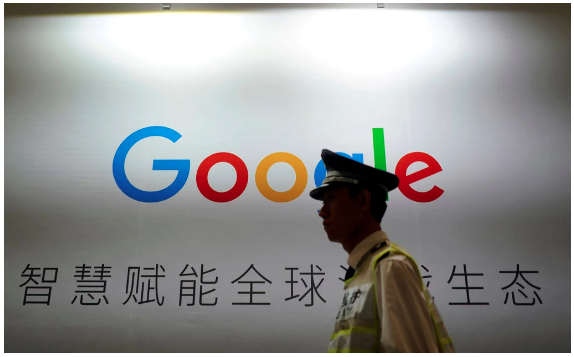 Google employees have signed a letter protesting the company’s building of a censored search engine for China.Credit: Aly Song/Reuters

By Kate Conger and Daisuke Wakabayashi
The New York Times

Hundreds of Google employees, upset at the company’s decision to secretly build a censored version of its search engine for China, have signed a letter demanding more transparency to understand the ethical consequences of their work.

In the letter, which was obtained by The New York Times, employees wrote that the project and Google’s apparent willingness to abide by China’s censorship requirements “raise urgent moral and ethical issues.” They added, “Currently we do not have the information required to make ethically-informed decisions about our work, our projects, and our employment.”

The letter is circulating on Google’s internal communication systems and is signed by about 1,400 employees, according to three people familiar with the document, who were not authorized to speak publicly.

The internal activism presents another obstacle for Google’s potential return to China eight years after the company publicly withdrew from the country in protest of censorship and government hacking. China has the world’s largest internet audience but has frustrated American tech giants with content restrictions or outright blockages of services including Facebook and Instagram.

It is also the latest example of how Google’s outspoken work force has agitated for changes to strategy. In April, the internet company’s employees spoke out against its involvement in a Pentagon program that uses artificial intelligence to improve weaponry. By June, Google had said it would not renew a contract with the Pentagon for A.I. work.

Google’s interest in bringing search back to China came to the forefront earlier this month, when reports surfaced that the company was working on a search app that restricts content banned by Beijing. The project, known internally as Dragonfly, was developed largely in secret, prompting outrage among employees who worried they had been unwittingly working on technology that would help China withhold information from its citizens.

“We urgently need more transparency, a seat at the table, and a commitment to clear and open processes: Google employees need to know what we’re building,” the letter said.

The letter also called on Google to allow employees to participate in ethical reviews of the company’s products, to appoint external representatives to ensure transparency and to publish an ethical assessment of controversial projects. The document referred to the situation as a code yellow, a process used in engineering to address critical problems that impact several teams.

Google declined to comment on the letter. It has said in the past that it will not comment on Dragonfly or “speculation about future plans.”

Late on Thursday, employees pressed Google’s chief executive, Sundar Pichai, and other management about Dragonfly at a weekly staff meeting. As of late Wednesday, one of the top questions on an internal software system called Dory, which lets employees vote for the queries that executives should answer at the meeting, asked whether Google had lost its ethical compass, said people who had reviewed the questions. Other questions on Dory asked directly about the Dragonfly project and specific information that may be censored by the Chinese government, such as air pollution data.

“If we were to do our mission well, we are to think seriously about how to do more in China,” Mr. Pichai said in the staff meeting, audio of which was obtained by The Times. “That said, we are not close to launching a search product in China.”

Mr. Pichai and Sergey Brin, a co-founder of Google, stopped answering questions about Dragonfly after seeing their answers posted on Twitter. 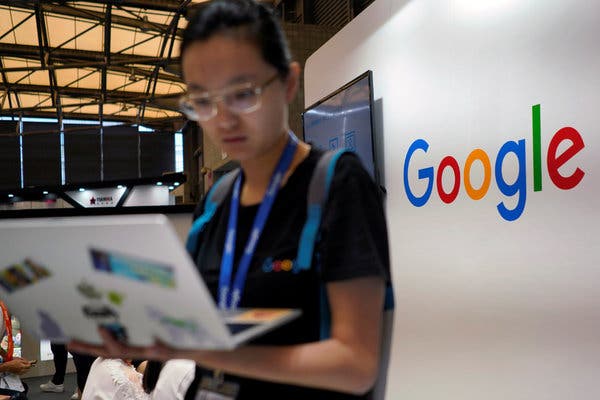 Google has maintained a significant presence in China even though its flagship services are not accessible in the country. Credit: Aly Song/Reuters

This week’s staff meeting was the first opportunity for Google’s work force to ask executives about Dragonfly, because the meeting was not held last week. The absence of a gathering — the result of a regularly scheduled break in the summer, according to a company spokesman, Rob Shilkin — led to fears among employees that leadership was becoming less transparent following several controversies over Google’s government work.

Google has traditionally been more responsive to employee concerns and more transparent about future projects and inner workings than other major technology companies, inviting questions from workers at its staff meetings and encouraging internal debate.

The internal dissent over Dragonfly comes on the heels of the employee protests over Google’s involvement in the Pentagon project to use artificial intelligence. After Google said it would not renew its contract with the Pentagon, it unveiled a series of ethical principles governing its use of A.I.

In those principles, Google publicly committed to use A.I. only in “socially beneficial” ways that would not cause harm and promised to develop its capabilities in accordance with human rights law. Some employees have raised concerns that helping China suppress the free flow of information would violate these new principles.

In 2010, Google said it had discovered that Chinese hackers had attacked the company’s corporate infrastructure in an attempt to access to the Gmail accounts of human rights activists. The attack, combined with government censorship, propelled Google to pull its search engine from the country.

The exit from China was a seminal moment for the company — a symbol of its uncompromising idealism captured by Google’s unofficial motto of “Don’t Be Evil.” At the time, Chinese internet users marked the loss of Google’s search engine by laying flowers at the company’s Beijing offices in what became known as an “illegal flower tribute.” A possible re-entry to China, according to current and former employees, is a sign of a more mature and pragmatic company.

Google has maintained a significant presence in China even though its flagship services are not accessible in the country. Last year, Google announced plans for a research center in China focused on artificial intelligence. And it has introduced translation and file management apps for the Chinese market. Google now has more than 700 employees in China.

Google’s work on Dragonfly is not a guarantee that its search engine will be welcomed back to China. The government would have to approve its return and it has kept American technology firms like Facebook at arm’s length, opting instead to work closely with homegrown internet behemoths.

Some employees are in favor of re-entering China, arguing that exiting the country in protest of censorship has done little to pressure Beijing to change its position while it has made Google nonessential among the world’s largest base of internet users.

When Google pulled out of China in 2010, Mr. Brin said it objected to the country’s “totalitarian” policies when it came to censorship, political speech and internet communications. If anything, China has only tightened its controls in the last eight years — leaving the company in a bind for how to justify its return.

“You can never satisfy a censor, particularly the ones in China,” said Charles Mok, member of the Hong Kong Legislative Council who advocates and represents the information technology sector and who is affiliated with the territory’s democratic camp.

Google is probably facing intense pressure to introduce more of its products in China, Mr. Mok said, but added that the company would lend legitimacy to government censorship if it debuted a censored search product in China.

“Then the Chinese government can say, ‘Google is O.K. with it, too,’” he said.