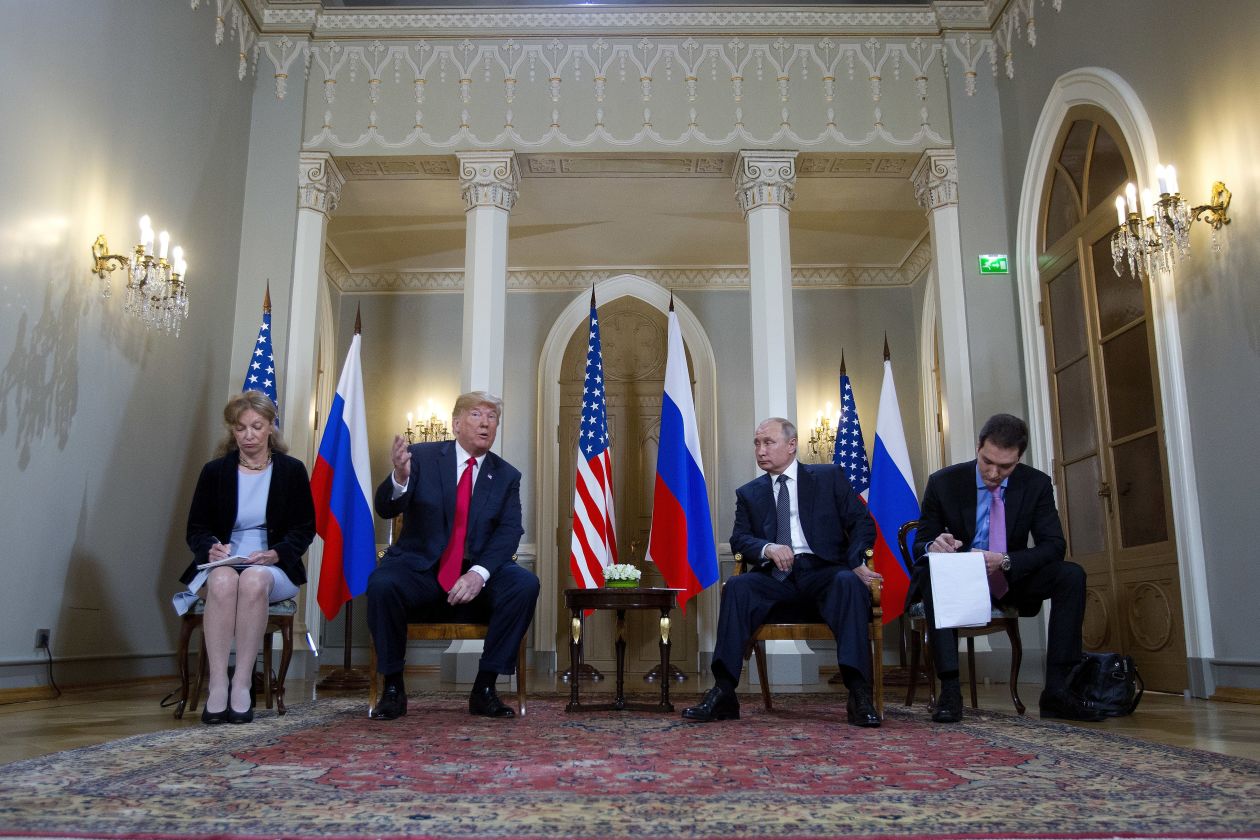 WASHINGTON—The White House revealed Thursday it has invited Vladimir Putin here to another summit in the fall, surprising Republican lawmakers and top administration officials who said they still hadn’t been told what President Donald Trump and the Russian leader agreed to earlier this week in Helsinki.

The lack of clarity about what the leaders discussed—information typically shared rapidly with administration officials and key figures on Capitol Hill—left the White House responding to news emanating from the Russian version of events. It also sowed discord at each end of Pennsylvania Ave.

The Senate on Thursday passed a rare, bipartisan and unanimous measure voicing its opposition to a request from Mr. Putin to allow Moscow investigators to question Americans, including U.S. diplomats. The White House had said on Wednesday it was considering the matter.

It was the third consecutive day of damage control for the White House following Mr. Trump’s one-on-one meeting and joint news conference with Mr. Putin in Helsinki Monday.

On Tuesday, about 24 hours after his news conference, Mr. Trump said he misspoke when he stated that he didn’t know of any reason why Russia would intrude on U.S. elections. On Wednesday, he appeared to say he didn’t believe Russians were trying to meddle in this year’s midterm elections, which would contradict the findings from intelligence agencies. Ms. Sanders said later that his remarks were misunderstood.

The fallout from the press conference has so consumed the White House that the typical briefings that would follow such a meeting haven’t happened, according to officials familiar with the scheduling. Officials said the delayed briefings illustrate what can happen when the president leaves private meetings without any notes, giving Moscow the ability to set the agenda for what news comes out when.

“I don’t know what happened at that meeting,” U.S. Director of National Intelligence Dan Coats said at the Aspen Security Forum in Colorado. Mr. Coats also said he would have advised Mr. Trump not to meet Mr. Putin alone, had he been asked.

Army Gen. Joseph Votel, commander of U.S. Central Command, which is responsible for the Middle East, told reporters Thursday that he had “no new guidance as a result of Helsinki.”

Sen. Lindsey Graham, a South Carolina Republican and a senior member of the Senate Armed Services Committee, told reporters Thursday that he had “no idea” if any agreements were reached between the two leaders. “I want to know,” Mr. Graham said.

Democrats, voicing the same frustration, called on Mr. Trump’s translator to testify before Congress, a request the Republican leadership rejected.

One person who received such a call said the officials acknowledged that any developments the discussions may have yielded were overshadowed by the public-relations challengethat followed the joint press conference.

Officials said they also haven’t been briefed on Mr. Trump’s meetings in the past week with British Prime Minister Theresa May and allies at the North Atlantic Treaty Organization.

Some administration officials said the lack of an immediate briefing on Russia was, in part, a result of Mr. Trump’s top-down approach to dealing with Moscow. The relationship between the two governments at the staff level has failed to progress in recent years, these officials said, and the president has told advisers he wants to fix that by restoring diplomacy at the presidential level. Emphasizing the leader-to-leader relationship may not result in immediate action on the staff level, they said.

Mr. Trump said in an interview with CBS on Wednesday that he had spoken with Mr. Coats since his return. That conversation was part of the effort to make clear that the president stands by the intelligence community’s conclusion that Russia interfered in the 2016 election.

The president received his first daily intelligence briefing of the week on Thursday, with Defense Secretary Jim Mattis and Secretary of State Mike Pompeo Thursday, according to the president’s public schedule.

Mr. Pompeo is scheduled to meet with senators next week, but some lawmakers are pressing for information now. He told reporters at the White House on Wednesday that the presidents’ meeting set a framework for the two countries to find “overlapping space” on issues such as counterterrorism and treaties that the U.S. says Russia has violated.

“We can now begin to have important dialogues to put that relationship in a place where we reduce the risk to the United States from threats from Russia,” Mr. Pompeo said.

“Given the controversy it’s not surprising the White House is delaying the usual practice of briefing key administration officials and members of Congress on the Putin meeting—and especially on what agreements may have been made,” said Elliott Abrams, former deputy national security adviser under Republican President George W. Bush. “But the grace period of a few days is over, and they need to get that information out.”

Meanwhile, details of the meeting began emerging Thursday from Russia. During the summit, Mr. Putin proposed holding a referendum to help resolve the conflict in eastern Ukraine, and agreed not to disclose the plan publicly so the U.S. president could consider it, according a person close to the Russian foreign ministry. Bloomberg first reported on the possible referendum.

Asked about the referendum, a White House national security spokesman said that the U.S. position on Ukraine remains unchanged, and that the only agreement from the summit was for each country’s national security council to continue a working dialogue.

“When it comes to Russia, it has been a bad week,” Mr. Graham told reporters on Thursday. “This is a missed opportunity. We have reinforced a narrative that is bad for us as a nation. It came across weak.”

Corrections & Amplifications
Russian President Vladimir Putin last visited Washington in 2005. An earlier version of this article incorrectly stated he did so in 2001. (July 19, 2018)