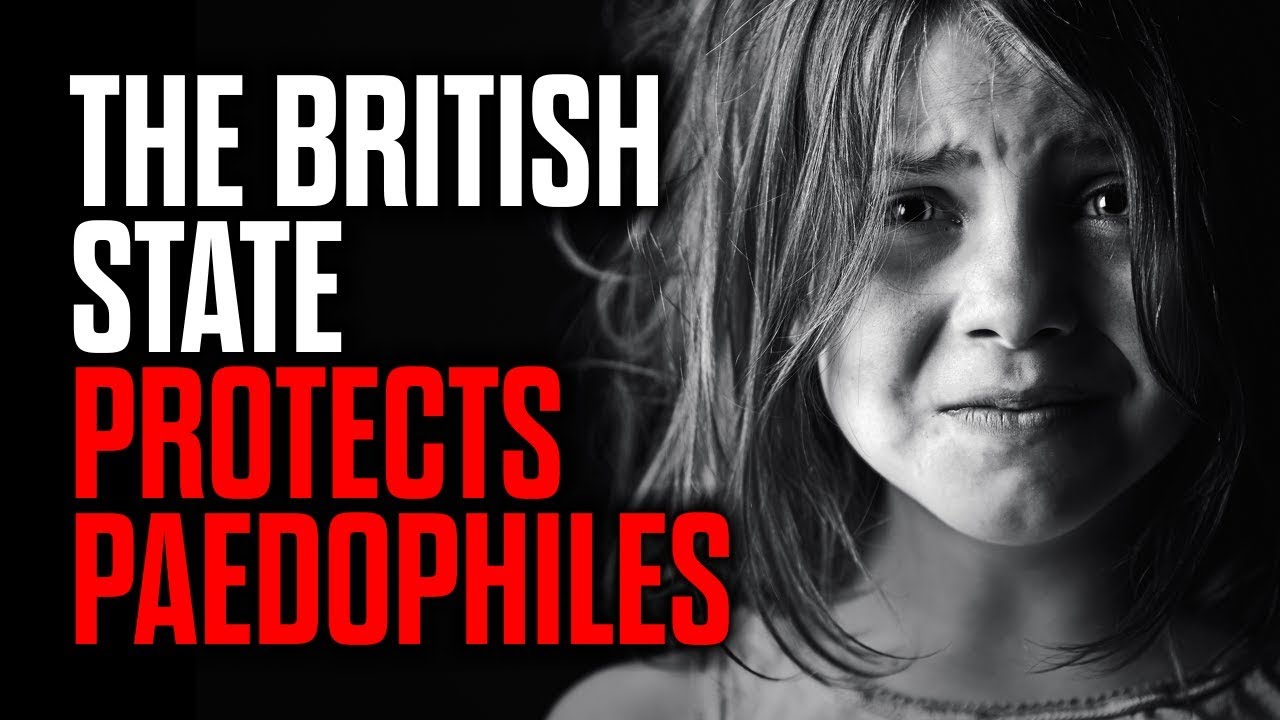 July of 2018 will surely go down in history as the month that Pedogate was blown wide open by the CIA’s Mockingbird Media.

Remember: where “Pizzagate is Local, Pedogate is Global”. In other words, every nation on Earth has its own version of Pedogate taking place within its borders 24/7.

That’s because Pedogate was set up centuries ago as a control mechanism used to coerce and influence every government official, political leader, corporate officer, civil society VIP, etc. who needed to be kept on a short leash. The following extended essay well delineates the most important details on Pedogate.

Whereas Brussels, Belgium is the current capital of the Pedogate global crime syndicate, Great Britain is perhaps the most powerful international franchise. No one controls the planet like the Brits do with all their spying and surveillance technologies and techniques which began with the beginning of the British Empire. Given the extraordinary technological advancements since the founding of the British East India Company in 1600, it’s no wonder that London has been used to oversee and administer the planetary civilization for the Black Nobility.

With this basic understanding, it ought to be quite clear that the Global Control Matrix is now breaking up in real-time. When the MSM runs such a radioactive exposé it can only mean the end is near…VERY NEAR indeed!

N.B. The following article offers just a glimpse into the unprecedented revelations contained in the scorching YouTube video posted above.

60 Minutes’ explosive 19 July feature, “Spies, Lords and Predators”, reported that the recent blizzard of revelations of paedophile rings operating among the elite of the British Establishment constitutes the “biggest political scandal Britain has ever faced”. Presenter Ross Coulthart stated right at the show’s outset, “There is a paedophile gang operating at the highest levels of the British Establishment” (his emphasis), and, although 60 Minutes did not dwell on the point, that includes the Royal Family itself. However the Royal involvement shone through in an 18 July article by the UK’s ExaroNews, which 60 Minutes credited as a co-producer of its show, while a 24 June press release by the CEC had been even more explicit in naming the Royals.

60 Minutes reported the first-hand allegations of a number of child abuse survivors, who identified the prominent Establishment figures who abused them when they were children in the 1970s and 80s.

One survivor, Richard Kerr, fell victim to this paedophile ring as a nine-year-old in the 1970s, when he was sent to the Kincora Boys Home in Belfast, Northern Ireland, run by notorious paedophiles. From Kincora, Kerr, like many others, was trafficked all over the UK to be abused by powerful men. To 60 Minutes, he identified among his abusers former member of parliament Cyril Smith, and former deputy head of MI6 Sir Peter Hayman. The latter was a member of an organised gang called the Paedophile Information Exchange (PIE), which campaigned openly in the 1970s for the age of consent to be lowered to as young as four.

The CEC’s 24 June release also identified the paedophile ring operating out of the Kincora boys’ home, in connection with the murder gangs that British intelligence coordinated in Northern Ireland, under the command of Brigadier General Frank Kitson, to orchestrate terrorism and civil war. Though his troops opened fire on unarmed civilians in the infamous “Bloody Sunday” massacre of 30 January 1972, killing 13 civilians and wounding 13 more, the Crown showered honour after honour upon him, including an OBE for his work in Northern Ireland, while the Queen personally inducted him into her ultra-elite Order of the Bath. Still alive, he retired in 1982 as Commander-in-Chief, UK Land Forces. The CEC release emphasised the unique significance of the Kincora story:

“Despite pleas from many quarters to do so, British Home Secretary Theresa May has staunchly refused to include the Kincora case in the new child abuse inquiry to be headed by New Zealand Judge Lowell Goddard, even though the present, local inquiry in Northern Ireland into Kincora under Anthony Hart QC lacks the legal powers to compel crucial witnesses to testify. Why the steadfast refusal to include Kincora? Because there is abundant evidence now even in the public domain that MI5, MI6 and other British intelligence agencies know that not only was one of Kitson’s paramilitary ‘pseudo-gangs’ (Tara) at the centre of that affair, but that other, leading members of the British establishment were personally involved in the abuse, including Lord Mountbatten himself, Surveyor of the Queen’s Pictures Sir Anthony Blunt, and numerous other high society figures from Ireland and England.”

60 Minutes did not name these individuals, but ExaroNews in its 18 July article reported that Richard Kerr had identified some of the same figures which the CEC had:

“Among those who were part of the cover-up of a paedophile network linked to Kincora boys’ home in Belfast, Northern Ireland, according to Kerr, were:

“An intelligence source told Exaro that Mountbatten mixed with paedophiles who went to parties in the Republic of Ireland. Mountbatten is also understood to have visited Kincora, although why remains unclear.”

It was very clear to the CEC, who had named Mountbatten himself as a paedophile in its 24 June release. Among other things, Mountbatten had welcomed the notorious paedophile Jimmy Savile into the Royal family, and he became a regular at Buckingham Palace and a mentor and advisor to Prince Charles. According to British press accounts, Savile molested as many as 1000 children, many of them helpless patients in hospitals. He was also, according to some accounts, a necrophiliac, who proclaimed that the 5 days he had spent alone with his mother after her death were the “happiest days of my life.”

60 Minutes also identified as a high-ranking paedophile one of Margaret Thatcher’s many paedophile protégés, Sir Leon Brittan, whom she appointed Home Secretary and whose department was responsible for investigating, and therefore covering up, paedophile complaints. Brittan, for instance, “lost” extensive documentation on high-level paedophilia presented to him by MP Geoffrey Dickens in the early 1980s. 60 Minutes also named Lord Greville Janner, a sitting member of the House of Lords who until recently the Public Prosecutor had declined to prosecute on the grounds of his claimed dementia, even though he had voted in Parliament over 200 times since the onset of his alleged mental debility. 60 Minutes also interviewed a member of PIE, which gave the viewer a skin-crawling glimpse into the mindset that openly justifies, in fact promotes, the sexual exploitation of children.

The UK authorities have covered up this paedophile network for decades, because it exists at the dark heart of where real power is wielded in Britain’s anti-democratic, elitist system—in the Crown itself. This scandal threatens the entire British oligarchical power structure, and there are already indications that the Goddard inquiry into the scandal will simply continue the cover-up, as demonstrated by present Home Secretary Theresa May’s refusal to include the Kincora Boys Home in the inquiry, which would expose the overlap between the paedophile networks and MI6/MI5 and the Royals. A cover-up was also signalled by Goddard’s forecast that the inquiry would take 5-10 years to conclude—the typical British Establishment ploy to drag such things out until the uproars which caused them have died down and key witnesses have disappeared, died, or been terrorised into silence.

60 Minutes indicated its intention to follow up on its explosive report. But if you really want to get to the bottom (or the top!) of this Satanic evil which permeates the British Establishment, stay tuned for more revelations from the CEC.