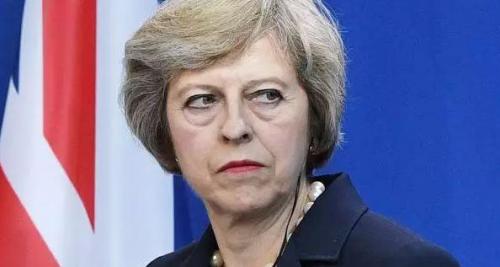 Update: It appears that either the British government can’t keep its lies and proof-less accusations straight or something far more nefarious is at play.

The UK Foreign Office has admitted it deleted the tweet which directly stated that the nerve agent came direct from Russia.

London has directly accused the Kremlin on at least three occasions of being behind the chemical attack on former double agent Sergei Skripal and his daughter, Yulia.

WATCH: Boris Johnson blatantly lies to Deutsche Welle and says Porton Down lab were “absolutely categorical” that Russia was behind the Salisbury nerve agent attack

On 03/04/18, Porton Down lab said they are unable to confirm the origin of the nerve agentpic.twitter.com/Uhxes9ptVn

The Foreign Office has not yet deleted a tweet in which the UK’s ambassador to Russia, Laurie Bristow, reiterates the accusation of Moscow being behind the poisoning.

British Ambassador to Russia Dr Laurie Bristow has briefed the international diplomatic community in Moscow on the UK Government response to the Salisbury attack https://t.co/TOknU0j8gb pic.twitter.com/jrB2r9MuEg

The row between Russia and Britain is reaching boiling point as officials from the OPCW meet Russian representatives on Wednesday.

As we detailed previously, following an embarrassing admission by a UK government scientist that conjured up images of Colin Powell shaking a test tube, Russia is demanding the UK apologize for rushing to judgment and blaming Russia for the attack on former double-agent Sergei Skripal and his daughter, Yulia.

During an interview with reporters in Ankara, Dmitry Peskov, a spokesman for the Kremlin, said the UK has no proof Russia was behind the poisoning and that “their theory is not confirmed in any way because it can’t be confirmed.” Russia has persistently denied playing any role in the poisoning.

He also suggested the UK own up to the fact that it jumped to conclusions about Russia’s involvement, and admit its mistake to its EU allies.

“The British Foreign Office, which accused President Putin, the Prime Minister of Great Britain need to look their EU colleagues in the eye” over what was said

The diplomatic row caused by the poisoning has since escalated into a full-blown geopolitical crisis, with 28 countries and Nato expelling Russian diplomats, while Russia has retaliated by expelling their diplomats.

#Salisbury attack: Scientists have not been able to prove that Russia made the nerve agent used in the spy poisoning. Porton Down lab's chief exec reveals the details in this interview pic.twitter.com/qFNgPlr6vS

Gary Aitkenhead, the head scientist at the UK’s Porton Down military laboratory facility, told Sky News that his team was unable to trace the origins of the military grade novichok nerve agent that the UK claims was used in the attack.

“We were able to identify it as novichok, to identify that it was military-grade nerve agent,” Aitkenhead said. “We have not identified the precise source, but we have provided the scientific info to government who have then used a number of other sources to piece together the conclusions you have come to.”

The chief scientist said that establishing the Novichok’s origin required “other inputs,” some of which are intelligence based and which only the government has access to.

But after more than a month of the mainstream media refusing to conduct more than a surface level survey of the “facts”, this is perhaps the best indication yet that the UK has no evidence that the Skripal poisoning – like Brexit and Trump’s election – is also Russian President Vladimir Putin’s fault.