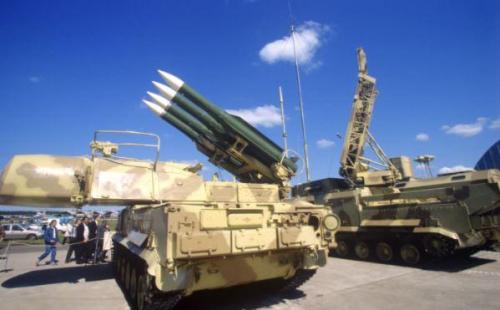 As US politicians and foreign leaders from Israel to Canada applauded the US-led airstrikes in Syria, reports emerged Saturday that the attack was far less effective than the Pentagon has claimed.

According to the Russian Defense Ministry,  most of the missiles launched by the US, UK and France had been intercepted by Syria’s air defenses. Employing Soviet-made S-125 and S-200 air defense systems as well as Buk and Kvadrat units, Syria reportedly shot down 71 of the 103 cruise missiles. These included 12 cruise missiles which had been headed toward the Dumeir military airfield – which was completely spared, thanks to the Syrian counterstrike.

A spokesperson for the Russian general staff confirmed that no Russian defense systems were used to repel the attack, adding that Russia had declined to supply Syria with more advanced weapons – a decision it said it would reconsider.

“The Syrian air defense system has been conducting an anti-air fight,” a spokesperson for the Russian Ministry of Defense said. Furthermore, it confirmed that the Syrian military repelled the attack using weapons manufactured in the USSR more than 30 years ago.

The MoD added that, while the facilities in the areas of Barzah and Jaramani were partly destroyed, these facilities had been for a long time abandoned and had not been involved in the production of chemical weapons in contrary to the claims of the US-led coalition.

Syrian state media reported that only three people were injured as a result of the strikes, and that no Syrian or Russian military of civilian personnel were wounded.

Syria’s regime, which has repeatedly denied any use of chemical weapons, immediately denounced the strikes as “brutal, barbaric aggression” that was “doomed to fail”.

Meanwhile, soldiers took to the streets to celebrate the intercepts.

Predictably, the US offered a very different account of the airstrikes: During an early morning press conference, Lt. Gen Kenneth McKenzie said all of the missiles fired by the US and its partners landed.

“We are confident all our missiles reached their targets,” McKenzie said.

McKenzie added that the Syrian government responded by recklessly firing 40 missiles, none of which struck military targets or intercepted the coalition’s missiles. “The Syrian response was ineffective in all domains,” he said. Not only was the Syrian counterattack ineffective, the US said the regime actually endangered its own people by firing the missiles blindly.

“When you shoot iron into the air without guidance, it’s going to come down somewhere,” McKenzie said.

Amusingly, the Pentagon added that it documented a 2,000% increase in disinformation by Russian troll farms over the past 24 hours, in response to a reporter question why the Pentagon has failed to provide any of the evidence it has that Assad was behind the chemical attacks.

As a reminder, the US said it has “proof” the Syrian regime had orchestrated the attack, though investigators from the OPCW have only just started their investigation and are not even in Syria.

Late Friday night, US Defense Secretary James Mattis said that US airstrikes on Syria were a “one-time shot,” while Joint Chiefs of Staff Chairman Gen. Joseph Dunford told reporters that the US wasn’t planning any further attacks.

Though these claims were apparently undercut by President Trump, who tweeted “Mission Accomplished” Saturday morning – echoing a statement made by President Bush to celebrate the “end” of the US’s mission in Iraq. Yet that announcement was, in reality, the beginning of a conflict that continues in some form even today.