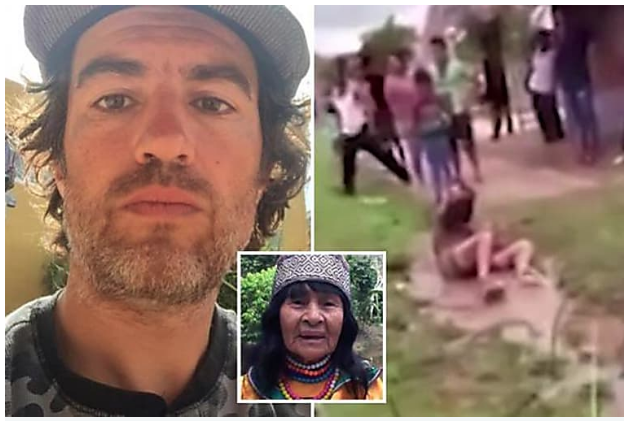 Two suspects held over lynching of Canadian in Peru

(CNN) Peruvian authorities have detained two men suspected of lynching a Canadian man in a remote part of the country’s Amazon rainforest in an apparent reprisal attack for the killing of a respected indigenous leader. 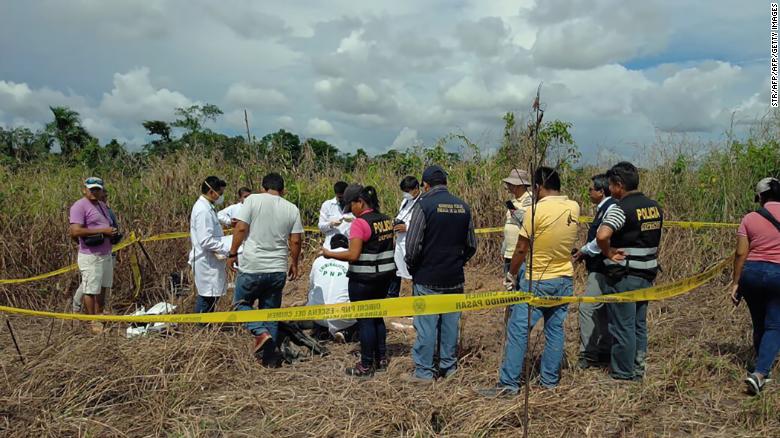 Officers unearth the body of a Canadian man who authorities say was lynched by a mob in Peru.

The suspects were identified by a video posted to social media that purportedly showed the killing of Sebastian Paul Woodroffe, according to Peruvian state media Andina, which cited statements from a lead prosecutor.
The video appears to show him pleading for his life before he is killed.

Woodroffe’s body was found buried in a shallow grave Saturday about 700 meters from where the video was taken, with red marks around his neck, court documents say. Authorities believed he had been killed 48 hours earlier, on the same day Olivia Arevalo Lomas was shot dead near her home.

Arevalo, 81, was a civil rights activist who spent years advocating on behalf of the Shipibo-Conibo tribe Ucayali.

Ricardo Palma Jimenez, the lead prosecutor, told local media that authorities believe a mob killed Woodroffe because they believed he was responsible for Arevalo’s death, but noted that police are still investigating her death and the motive for the lynching.

Woodroffe was identified by Peruvian National Police on Saturday as the “principal suspect” in the Arevalo killing.

An Indiegogo fundraising page that appears to have belonged to Woodroffe shows he may have been in the country to learn about what he called “plant medicine” in his quest to become an addiction counselor.
Westerners travel from around the world to the Amazon, entranced by the supposed healing powers of plants and concoctions like ayahuasca, a hallucinogenic that advocates say has helped people with addiction, depression and PTSD.

Jimenez was quoted by Andina as saying his office was working meticulously to make sure the killings of Woodroffe and Arevalo would not go unpunished.

Peru’s Culture Ministry described Arevalo as a “wise woman” who maintained the “traditional knowledge of the Shipibo-Konibo community” in a statement acknowledging her death.

Brianne Maxwell, a spokeswoman for Global Affairs Canada, which manages the country’s diplomatic and consular relations, told CNN in an email that her country is aware one of its citizens was killed in relation to Arevalo’s killing.

UN Women, the United Nations group promoting gender equality and women’s empowerment, condemned Arevalo’s assassination on its Spanish-language Twitter account.
“The life of Olivia Arevalo left a great legacy of knowledge and defense for the indigenous and environmental rights,” it said.