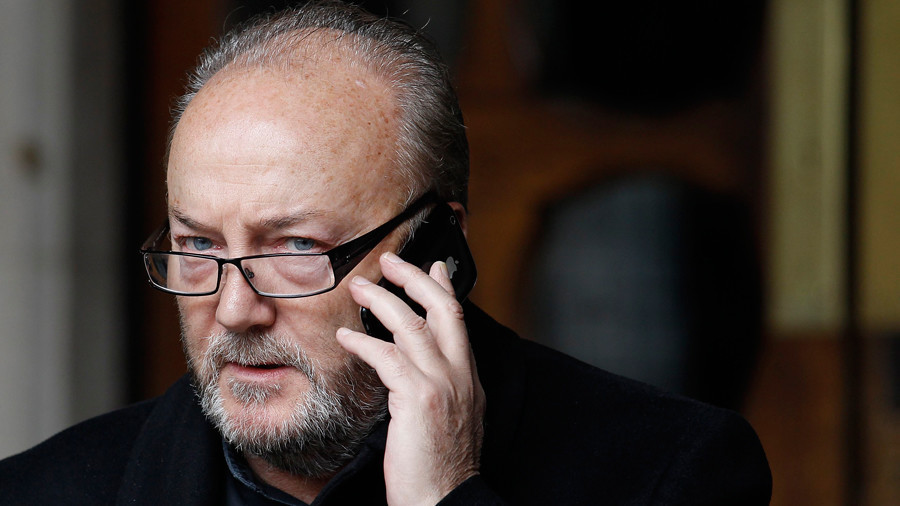 British politician, broadcaster, and writer George Galloway has slammed Donald Trump’s decision to expel 60 Russian diplomats and close the Russian consulate in Seattle. Galloway regards it as tantamount to a “declaration of war.”

Galloway contrasted the US’ actions with those of EU member states. Those EU countries who rushed to follow the lead of Britain and the US in response to the poisoning of former spy Sergei Skripal are simply acting as “vassal states,” doing what they are told.

European states have “made a fairly desultory expulsion of a diplomat or two or three, but the United States’ act is a kind of declaration of war, all the more surprising given that according to the deep state, and the liberal confluence in the United States, President Trump is Russia’s man,” Galloway told RT.

The former British MP said the decision to leave just 40 Russian diplomats to do their jobs in the US was either a “precursor to a very sharp deterioration of relations” — or alternatively a “charade” designed to make Trump’s “deep state opponents” lay off him over not being tough enough on Russia.

Galloway said Russia should not assume that being soft in response to Trump’s action will have any desirable effect.

“If it were me who was making the decision, I certainly wouldn’t proceed on the assumption that being soft will in any way satiate the ravenous beasts that are baying for Russia’s blood at this point in time,” he said.

According to Galloway, the UK has not conducted a serious and unbiased investigation into the poisoning of Skripal and his daughter.

Galloway said there are still many questions which have been left unanswered in the Skripal case.

“I don’t believe that Russia is responsible for this act. And the good news is that most of the British public tend to agree,”he said.