Protocols of the Illuminated Suns of the Golden Dawn 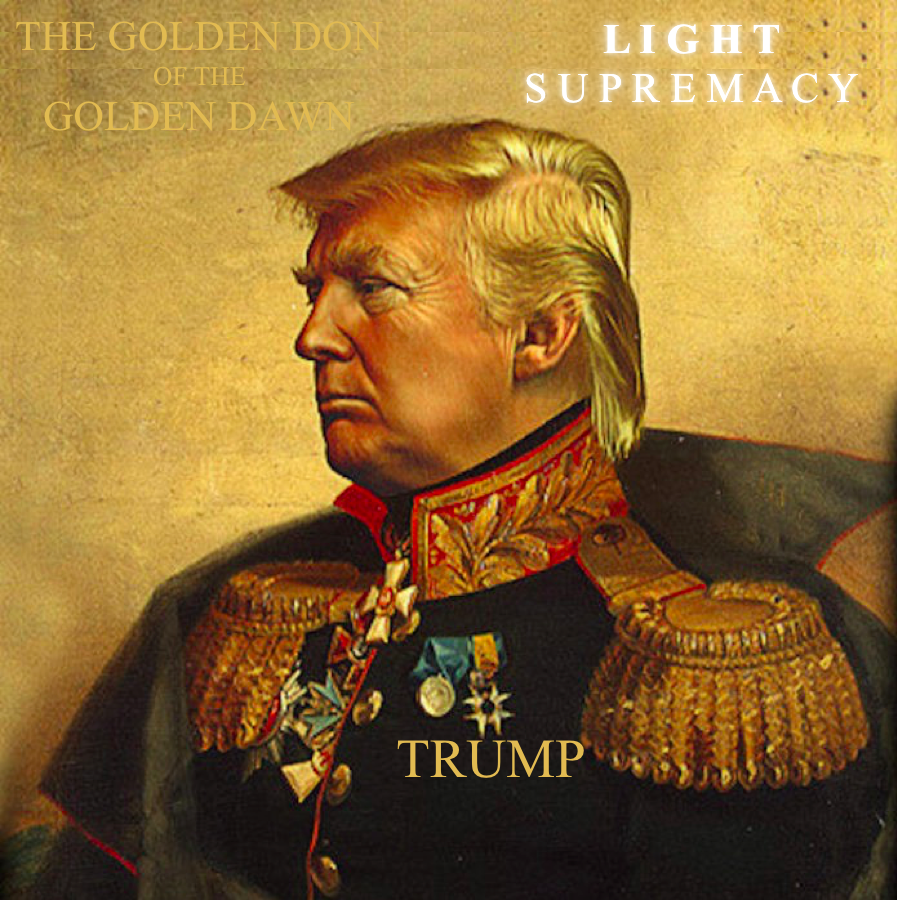 Protocols of the Illuminated Suns of the Golden Dawn

1.) The ‘Russian-collusion’ investigation is the quintessential example of this principle of not only allowing but encouraging the media to spin their delusional narrative. The deep state is tempted into to believing that their narrative will be used to undermine popular opinion of the president in preparation for his impeachment (plan A). If impeachment fails, the groundwork will have been laid for public acceptance, if not relief, at his assassination (plan B). This delusion about their Russian-collusion conspiracy theory narrative is to be encouraged whenever possible.

2.) The primary purpose of gaslighting the media is distraction. The time the CIA Mockingbird apparatchiks spends trying to convince the public of their Russian-collusion conspiracy theory is time the Alliance can use to collect evidence and build air tight cases for the upcoming military tribunals.

3.) The secondary purpose of gaslighting the media is to act as time-delayed controlled demolition of the mainstream media’s reputation. The longer the delusional narrative is allowed to run, the greater the eventual damage to the MSM’s credibility. Every effort must be made to allow the Trump team to appear suspicious and continue feeding the conspiracy theory’s suspicions, while not providing anything tangible. Provide so much ‘smoke’ that belief in the existence of a ‘fire’ becomes exceedingly easy.

4.) The tertiary purpose of gaslighting the media is to create in the agents of the deep state, and their liberal stages, a false sense of security. The goal is to foster a surreal dissociative sense of cognitive dissonance, an uneasy feeling that is relieved by concluding that Trump is simply guilty and stupid. The alternative conclusion being that the entire liberal media establishment has been chasing a giant fiction, while Trump prepares his retaliation; the more improbable and terrifying this possibility, the more cognitive dissonance it will create.

5.) The false belief is so tempting that the deep state FBI and CIA agents will march deeper into their treasonous plot to frame and impeach POTUS, further documenting their own crimes, while providing more time for the white hats to investigate their crimes. Mueller leads the big guns of the deep state fixers on a slow and steady march directly into the jaws of military justice.

6.) The longer the gaslighting continues, the longer Trump has to lift the country up. He has time to remove the restraints and undo the acts of sabotage done to America by the globalists, thus allowing the country to thrive—making America great again. The longer the gaslighting goes on, the greater America becomes. This drives an ever-widening gap between the delusional MSM narrative and the lived reality of Americans on Main Street.

7.) The genius of this protocol is the fact that it allows a gradual awakening of the public to the lies of the mainstream media. This steady shift continues until the public is overwhelmingly aware of the delusional plot to unseat POTUS. When the time is right, and the Russian-collusion farce has been thoroughly exhausted, the Alliance will begin to drop the bombshell disclosures (HRC videos, etc.).

1.) Victory must be secured before the first shot is fired. Indeed, there will be no shots necessary, for such absolute victory will have been secured in the shadows.

2.) While publicly feigning inaction and incompetence to help gaslight the media, in actuality great action will be taken, covertly. Sealed indictments will be piled steadily, month after month, until they reach such absurdly high numbers that their sheer number will cause reports of them to be disbelieved and dismissed as ‘fake news.’

3.) The diligence and discipline of the investigations will be so intense and contrast so starkly with the perceived baffoonery of the White House, that its existence will be disbelieved. The fog of the gaslighting campaign will serve as a thick veil. While leaks of covert operations are prevented, they will be allowed and subtly enabled in the White House. The more leaks coming out of the White House the better.

4.) Deep state agents will be commandeered, using their ‘control files’ and the prospect of a plea deal as leverage with which to puppeteer them. These agents will leak information with such brazen abandon that it will lull the deep state into false security, while perpetuating the false image of a chaotic, disorganized, inefficient, and deeply undermined White House.

5.) Strength must be dressed up to look like weakness. Enemies who have been neutralized must be made instead to appear active. Over time the enemies will be directed to act in increasingly absurd and unbelievable ways. Their leaks and lies will be made increasingly brazen and obvious, until it finally dawns on everyone that the whole thing is theater. They will then begin to fathom the truth of what has really been happening behind the scenes, which is so starkly different from what has been portrayed in the theatrical version that it will take time to fully fathom and believe.

1.) The most powerful weapon of the Alliance is the Truth. The extent of the deep state’s crimes and evil depravity is matched only by the extent of the NSA and CIA surveillance capacity. Every single crime is documented, every criminal association mapped out, every conversation recorded, every bank transfer documented, we see everything.

2.) The Light is so overwhelmingly powerful that the chief concern is no longer victory. Victory was assured the moment Trump was inaugurated. The chief concern is maintaining the stability of the system, while the cabal is quietly neutralized.

3.) The Light is so powerful that it cannot be released too quickly, or else it will cause unnecessary shock, panic, and chaos. It must therefore be released in steady measured doses, and only after the gaslighting of the media has been allowed to run as long as possible. When the public begins to realize who the real criminals are, within the FBI, DoJ, and DNC, and begin to demand justice—and when the military tribunals have finished their initial fact finding mission and the stage has been set—only then will the files and videos begin to be dropped.

4.) Lies take time to be spun and believed, while the truth strikes like lightning. The Light, therefore, has no reason to rush. The CIA Mockingbird delusion machine is allowed to take their best shot, day after day, night after night, for as long as they can keep it up. The disclosure waits for the gaslighting of the media to run its full course, allowing it to overextend and exhaust itself, before the major drops begin. This is akin to a superior boxer allowing his opponent to tire himself out in the first rounds.

5.) Once begun, disclosure will proceed as rapidly as the public is capable of processing the information. The severity of the crimes in the unsealed indictments will proceed from the most simple and obvious infractions (such as mishandling classified documents and perjury) on to the increasingly serious and audacious crimes (election fraud, racketeering, conspiracy to commit murder, and high treason). In this way the public is given time to come to terms with the criminality in a succession of revelations. Baby steps, to the gallows.

Protocol 4: Cut Off the Cabal’s Money

1.) The flow of money to the cabal is to be severed in multiple ways during the calm before the storm.

2.) Child trafficking networks are to be busted, freeing the child slaves, arresting the procurers and traffickers. These busts are used to gather evidence and build cases against the Satanic pedophile blackmail slave networks, while also cutting off one of the greatest sources of illicit funding for the cabal’s operations.

3.) Drug processing operations in Afghanistan are to be bombed and raided, while major trafficking by CIA cargo planes are to be quietly disrupted.

4.) Organ trafficking rings are to be busted, as well, as every illicit source of funding is cut. This funding attrition is used to pressure the minions and mercenaries to flip on their control structures, having been softened by the end of easy money and faced with long prison terms—they naturally spill their guts. The great thing about opportunistic psychopaths is that they haven’t the slightest qualms about flipping, when placed under pressure. The evidence and testimony collected from these foot soldiers are collected into massive air-tight cases against the cabal higher-ups. This sets the stage for the military tribunals.

5.) The underground bunkers and jungle retreats are raided, to end their black market activities as well as to deny safe havens for the cabal leadership.

6.) The second to last strike on the cabal’s finances will be to sign an executive order declaring a national emergency regarding human rights abuses and corruption, and giving the Treasury Department the authority to freeze and seize the bank accounts of anyone involved in such crimes. This will neutralize the majority of the cabal’s wealth, and force them into capitulation.

7.) The final strike on the cabal’s finances will be the crash of the financial markets. The financial contagion will start with Deutsche Bank and the derivatives market, possibly triggered by the Chinese petroyuan launch, but will quickly spread to every market. Safeguards will be triggered and the markets will be frozen in their free fall. This event will be used as the trigger for the martial law takedown of the cabal and the unsealing of the sealed indictments (18,500+ filed since October of last year).