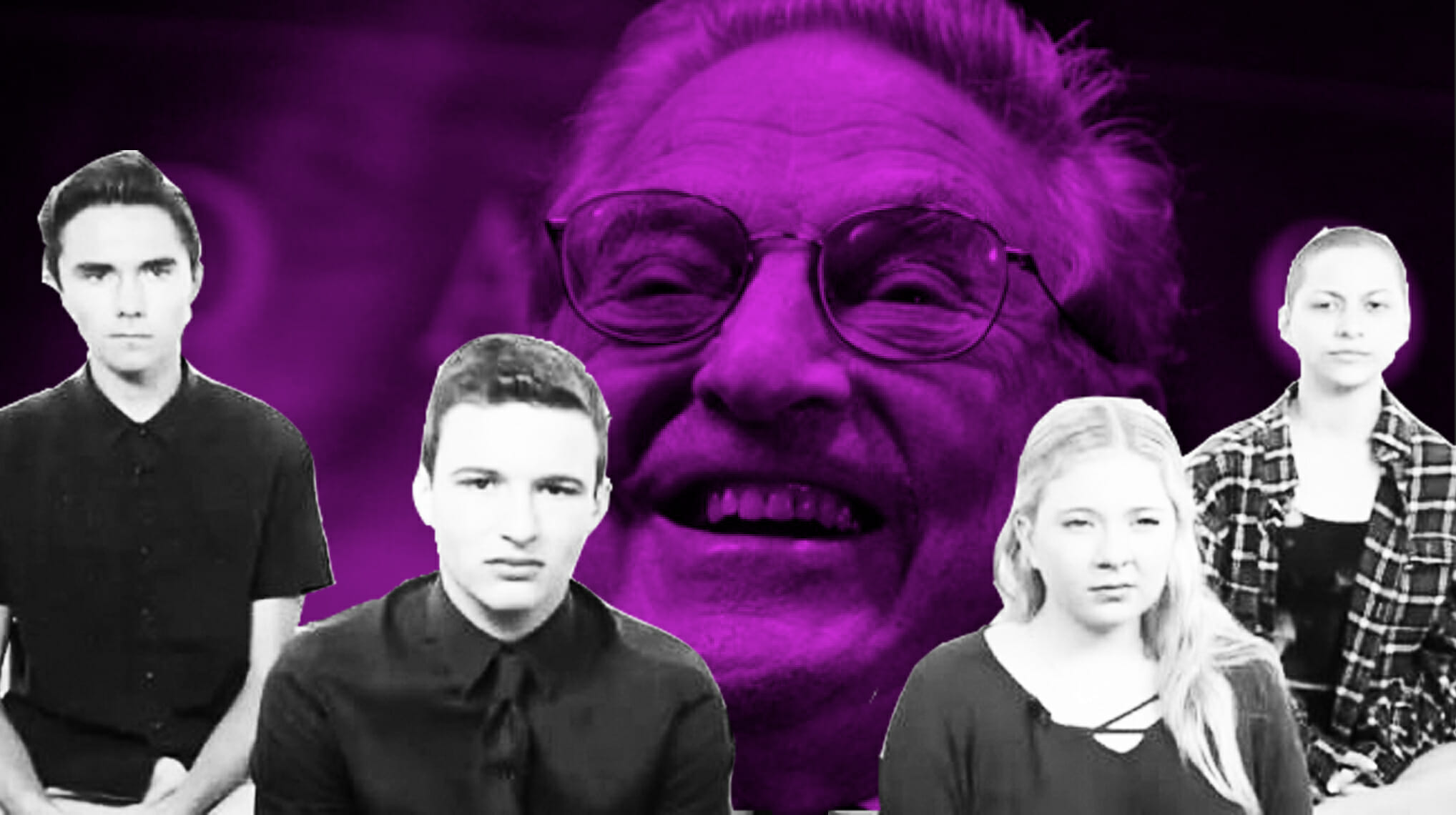 by Lucian Wintrich
The Gateway Pundit

Following the recent Parkland shooting, a number of “movements” and activist groups popped up, and the standout similarity across all of them is that they’re fronted by teenagers.

NOTE: at the request of the parent, we are keeping some information anonymous at this time.

This afternoon, the Gateway Pundit received a tip from a father of one of the Parkland school shooter survivors. Concerned and enraged, he confirmed what Gateway Pundit previously reported: these children are being used as political tools by the far left to further anti-Conservative rhetoric and an anti-gun agenda. The students at the forefront of this agenda were all peers of his child, they were all members of the same drama club at their high school. This fact was verified and confirmed by Buzzfeed who sent a reporter to visit the student activists at their “command center” at one of their homes. Buzzfeed reported on, but left unexplored, the fact that these students are theater-trained:

“The group, who mostly know each other from the school’s theater program, began their efforts in a scattered way in the chaotic aftermath of Wednesday’s horror.”

From our source:  One of the students leading the current charge called the child of our contact up and asked if they were willing to workshop Anti-Trump/Anti-Gun lines, publish on their Twitter account, and possibly go on television with a similar statement.

This particular student, a Trump supporter, shouted “F*** you!” into the receiver before hanging up.

They didn’t want to be used as yet another pawn from the left. It was conveyed that these students are acting as the “bridge” between far-left activist groups and are specifically recruiting other students from the school’s drama department.

A theatrical background easily explains these students’ comfort on camera, composure, and ability to deliver the lines they are given while framing them with emotional call-to-action rhetorical devices. We were informed that students who were pro-First Amendment and supported the president were systematically blocked from any interviews or media appearances.

David Hogg, one of the acting students recruited by the same minds behind the anti-Trump Women’s March, is having trouble reciting his lines: pic.twitter.com/D6dolHEJVT

We already reported that one of the student’s fathers, Hogg, was a former FBI agent. We now know the other radical groups behind the recent activism.

Behind the teenagers, working as the string-pullers, are the same people behind the Women’s March. They are vehemently anti-gun, anti-American, and anti-Trump – this is part of their sales pitch.

On March 14th, 2018, the largest of these groups, #Enough National School Walkout, is planning a 17-minute walk out and moment of silence scheduled for 10 AM across all time zones. Backing them are the folks behind Rock the Vote, Teen Vogue, Peace First, Rise To Run, The Gathering for Justice, and Justice League NYC.

The major force behind this walkout event is the radical far-left organization Women’s March Youth Empower. The leaders of this group are Ziad Ahmed, the youth advisor, Hannah Rosenzweig, Adam Jacobs, and Jackson Hyland Lipski. They are explicitly political in their messaging and aggressive in their stance.

Their primary message is blunt:

From the Empower group comes the rest of the of the insanity. The goal is noise pollution, an over-saturation of messaging at the youth level that, by their estimation, will grant them control over the morality of the youth. Make no mistake about it, brainwashing is their goal. By co-opting theater-trained youth and turning them into celebrities, the left is attempting to brainwash the countless kids who aren’t politically based on their fear of being implicated in a school shooting. There is a lot of heartlessness behind their work.

Women's March Youth EMPOWER is calling for students, teachers, and allies to take part in a #NationalSchoolWalkout for 17 minutes at 10am on March 14, 2018. Join us in saying #ENOUGH!https://t.co/8ZE8uthRlZ pic.twitter.com/45yCZl4zDm

These poor children have been completely brainwashed into thinking that taking away guns will keep them safe as if people can’t get guns if they want guns. You take away the guns completely (which you never will do) and you get acid attacks, van attacks, knife attacks, machete attacks, boiling water attacks, arson, rape, bombings, you get more diversity of action but the same heinous hostility.

Lunatics, they’ll find a way to kill if they want to kill, we might as well arm the guards.

Even George Orwell, the man the left always props up, felt strongly about the necessity for an individual to keep their firearm(s): “That rifle on the wall of the laborer’s cottage or working class flat is the symbol of democracy. It is our job to see that it stays there.”