BREAKING: FBI & DOJ Officials Will Be Criminally Prosecuted For ‘Illegal Misconduct’ and ‘Treason’ 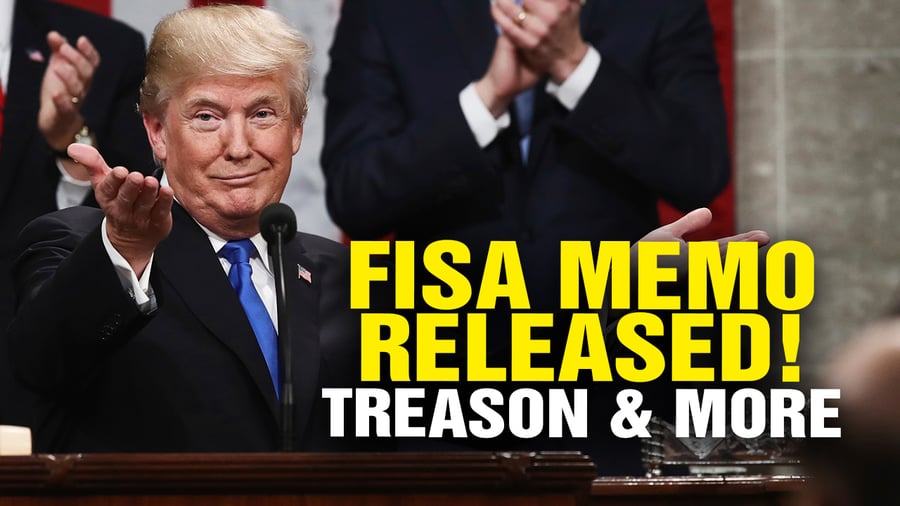 BREAKING: FBI & DOJ Officials Will Be Criminally Prosecuted For ‘Illegal Misconduct’ and ‘Treason’

Following the release of a four-page memo detailing rampant FISA warrant abuse by the FBI and DOJ, Rep. Paul Gosar (R-AZ) announced that he will seek the criminal prosecution of FBI and DOJ officials for the “full throated adoption of this illegal misconduct and abuse of FISA by James Comey, Andrew McCabe, Sally Yates and Rod Rosenstein” who Gosar called “traitors to our nation.” Gosar focuses on the memo’s claim that the FBI and DOJ did not mention that Christopher Steele, the ex-MI6 spy who compiled the dossier, was partially funded by the Clinton campaign and the DNC.

“This is third world politics where the official government agencies are used as campaign attack dogs,” Gosar said.

The letter reads in part:

The House Permanent Select Committee on Intelligence memorandum on the FBI abuse of FISA warrants and targeting a sitting President is not just evidence of incompetence but clear and convincing evidence of treason….

I will be leading a letter to the Attorney General seeking criminal prosecution against these traitors to our nation.”

My full statement on the declassified memo: pic.twitter.com/eRo6ugpWQ9

Meanwhile, Georgia GOP Gubernatorial candidate Sen. Michael Williams is  calling for the prosecution of Comey – saying he should be “sent to prison for his crimes“:

“The leadership of the FBI and DOJ behaved in a way we would expect of the former Soviet Union, not the United States of America. I applaud Representative Nunes and other Republican members of the House Intel Committee for fighting and exposing corruption. Americans are tired of corrupt bureaucrats and their career politician enablers. If powerful leaders are not held accountable, the American people will never regain faith in the institutions meant to protect us. Former FBI Director James Comey was entrusted with one of the most powerful positions in the world. Sadly, he intentionally abused his power in an effort to destroy Donald Trump’s presidency. He should be prosecuted to the fullest extent of the law and sent to prison for his crimes. No one is above the law. No one.”

We’re sure Attorney General Jeff Sessions – who resisted calls for a second special counsel to investigate FBI misconduct – will take Gosar’s request seriously, despite praising Deputy AG Rod Rosenstein earlier today for representing “the kind of quality and leadership that we want in the department” – right after the FISA memo detailing his conduct was released.

As the memo showing Rosenstein’s role in signing FISA applications based on faulty evidence was released this morning, Jeff Sessions said that he represents “the kind of quality and leadership that we want in the department."

Good thing Sessions isn’t some deep-state concession Trump had to agree to in exchange for GOP support during the election.