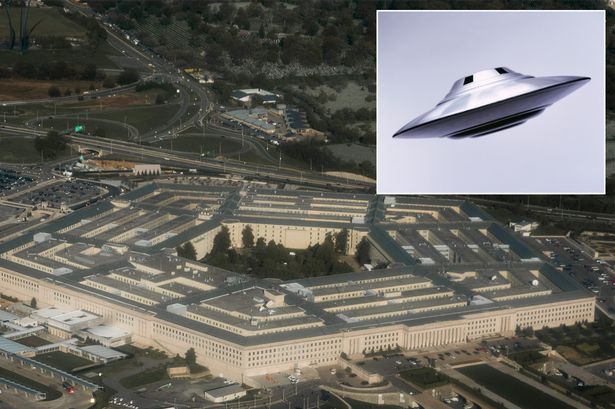 “Look At That Thing!” – The NYT Reveals The Pentagon’s Mysterious UFO Program

As The New York Times exposes, within the $600 billion annual Defense Department budgets, the $22 million spent on the program was almost impossible to find.

Which was how the Pentagon wanted it.

For years, the program investigated reports of unidentified flying objects, according to Defense Department officials, interviews with program participants and records obtained by The New York Times. It was run by a military intelligence official, Luis Elizondo, on the fifth floor of the Pentagon’s C Ring, deep within the building’s maze.

The Defense Department has never before acknowledged the existence of the program, which it says it shut down in 2012. But its backers say that, while the Pentagon ended funding for the effort at that time, the program remains in existence. For the past five years, they say, officials with the program have continued to investigate episodes brought to them by service members, while also carrying out their other Defense Department duties.

The shadowy program — parts of it remain classified — began in 2007, and initially it was largely funded at the request of Harry Reid, the Nevada Democrat who was the Senate majority leader at the time and who has long had an interest in space phenomena.

Most of the money went to an aerospace research company run by a billionaire entrepreneur and longtime friend of Mr. Reid’s, Robert Bigelow, who is currently working with NASA to produce expandable craft for humans to use in space.

And while the clapping of crony capitalism screams alod from those two last sentences, one watch of the following video (just one of many), suggests the boondoggle may be based in some kind of reality after all… (the footage from a Navy F/A-18 Super Hornet showing an aircraft surrounded by some kind of glowing aura traveling at high speed and rotating as it moves. The Navy pilots can be heard trying to understand what they are seeing. “There’s a whole fleet of them,” one exclaims. Defense officials declined to release the location and date of the incident.)

Mr. Reid, who retired from Congress this year, said he was proud of the program.

“I’m not embarrassed or ashamed or sorry I got this thing going,” Mr. Reid said in a recent interview in Nevada.

“I think it’s one of the good things I did in my congressional service. I’ve done something that no one has done before.”

While not addressing the merits of the program, Sara Seager, an astrophysicist at M.I.T., cautioned that not knowing the origin of an object does not mean that it is from another planet or galaxy.

But, she added, “what people sometimes don’t get about science is that we often have phenomena that remain unexplained.”