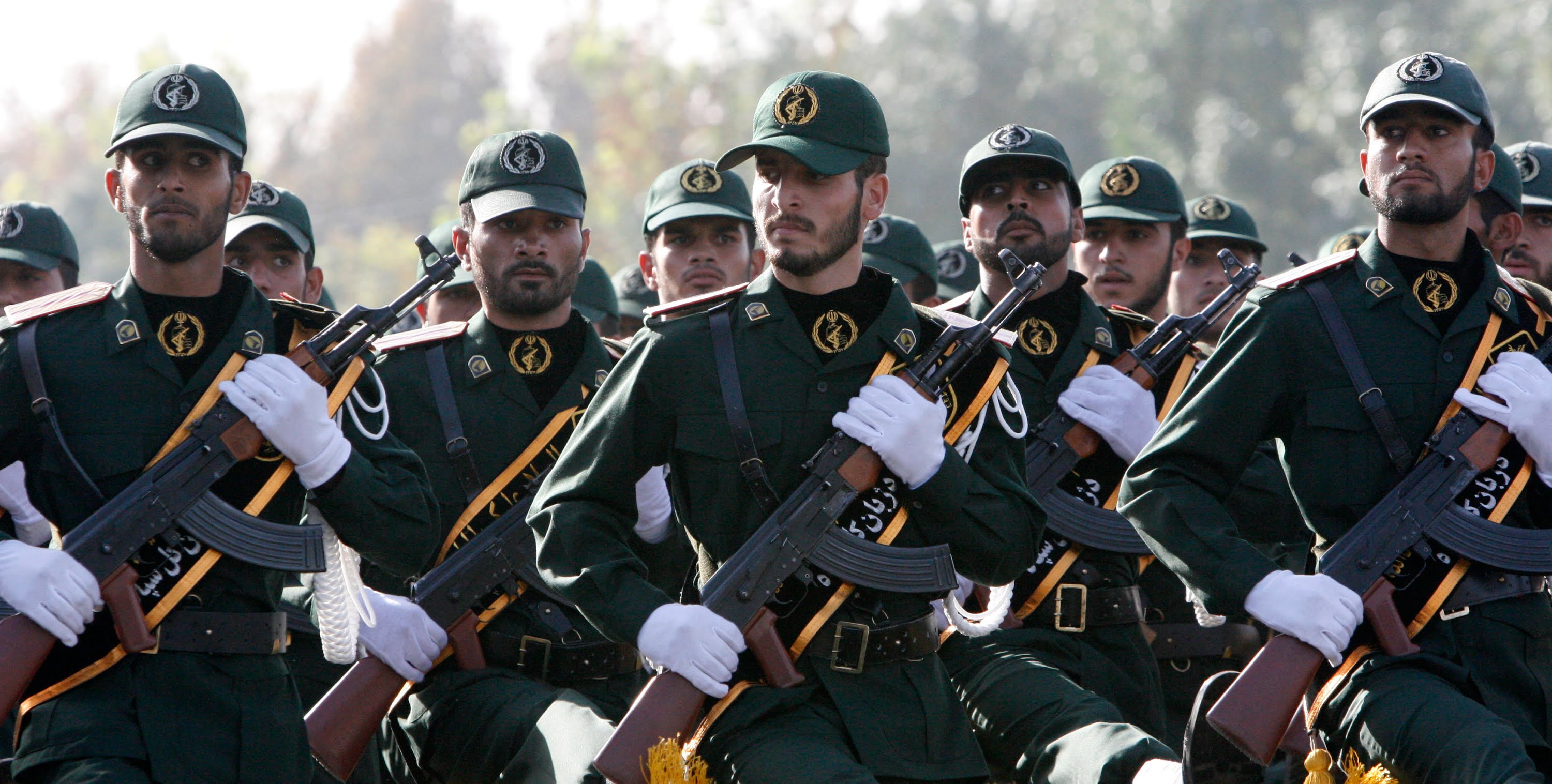 On the fourth day of “spontaneous” protests to sweep Iran just days after Israel, Saudi Arabia and the US reached a secret agreement  to do everything in their power to destabilize the Iranian government by diplomatic means or otherwise, Iran’s powerful Revolutionary Guard Corps vowed to “crush dissent” and take tough action if the unrest continued.

Protesters “must certainly know that improper behavior will be to their detriment, and the nation will come out and stand against these actions and throw a hard punch in their faces,” the Revolutionary Guard’s commander for security in Tehran, Brigadier General Esmail Kowsari, said according to THE semi-official Iranian Students’ News Agency late Saturday.

The threat from the IRGC came a day after Iranian authorities blocked the nation’s internet, interrupted the main networks, and restricted access to the country’s most popular social media platform, Signal, in response to one of the biggest shows of dissent against its leadership in years, in which as we reported yesterday two people were killed in clashes with security forces in the western city of Dorud, the first casualties since anti-government protests erupted on Thursday. The deputy governor of Lorestan province blamed foreign agents for the deaths.

“No shots were fired by the police and security forces. We have found evidence of enemies of the revolution, Takfiri groups and foreign agents in this clash,” Habibollah Khojastehpour said on state television. Takfiri is a term for extreme Sunni militants such as Islamic State.

Protesters defied the police and Revolutionary Guards who have used violence to crush previous unrest. The demonstrations could be more worrying for authorities because they seem spontaneous and lack a clear leader… Almost as if the protests were organized from abroad.

As Bloomberg notes, the rare public challenge to the government and the country’s Supreme Leader, Ayatollah Ali Khamenei, “has erupted at a time of deepened strains between Iran and the U.S. President Donald Trump has imposed additional sanctions on Tehran and threatened to quit Iran’s 2015 nuclear accord with world powers.” It also “surprisingly” comes days after we reported that “US And Israel Reach “Secret Plan” To Counter Iran“, and one month after Israel said it was “Ready To Share Intel With Saudis “Against Iran” Ahead Of Possible War“, and also a ““Bombshell” Leaked Secret Israeli Cable Confirmed Israeli-Saudi Coordination To Provoke War with Iran.”

Almost as if the events are connected…

Meanwhile, in another Twitter post on the unrest Sunday, Trump said, “The people are finally getting wise as to how their money and wealth is being stolen and squandered on terrorism.” The president also added that it “[l]ooks like they will not take it any longer. The USA is watching very closely for human rights violations!” Violations which the CIA may or may not have been itching to tweet it was sponsoring.

Big protests in Iran. The people are finally getting wise as to how their money and wealth is being stolen and squandered on terrorism. Looks like they will not take it any longer. The USA is watching very closely for human rights violations!

In any case, the protests which began in the northeastern city of Mashhad, initially targeted the government’s handling of the economy, winning the backing of hardliners critical of President Hassan Rouhani and the nuclear deal. But it took less than a day for the focus to shift to the religious establishment and state security forces close to the hardliners.

Meanwhile, demonstrations, which extended to at least 20 locations over the past week, continued into their fourth day on Sunday. An Iranian reached by telephone told Reuters that there was a heavy presence of police and security forces in central Tehran.

“I saw a few young men being arrested and put into police van. They don’t let anyone assemble,” he said.

The demonstrators also shouted: “Reza Shah, bless your soul”. Such calls are evidence of a deep level of anger and break a taboo. The king ruled Iran from 1925 to 1941 and his Pahlavi dynasty was overthrown in a revolution in 1979 by Ayatollah Ruhollah Khomeini, the Islamic Republic’s first leader.

Confirming the crackdown on internet services in the country, Telegram’s chief executive, Pavel Durov, wrote on Twitter that Iranian authorities are blocking access “for the majority of Iranians.” The move came after the company refused to shut down a number of “peacefully protesting channels,” Durov said.

The recent demonstrations are among the largest seen since in the Islamic Republic since millions of Iranians took to the streets to protest the disputed re-election of hardline former President Mahmoud Ahmadinejad in 2009.

Government officials say the latest unrest is part of a wider attempt by Rouhani’s opponents to discredit his leadership. Iran’s hardline media have said justified criticism of the government has been hijacked by a wider foreign plot to sow sedition in the country.

As noted above, Iran’s elite armed forces, the Revolutionary Guard, warned late Saturday that it would respond with “a hard punch” if demonstrations didn’t stop.

Earlier over the weekend, videos on social media showed protesters in the city of Shiraz tearing down a banner of Qassem Soleimani, the powerful head of the Quds Force, the branch of the IRGC that overseas operations in Iraq, Syria and elsewhere, and successfully defended the Assad regime against a 6 year proxy war meant to change the Syrian regime.

Tehran prosecutor Abbas Jafari Dolatabadi said some of the arrested protesters have confessed “they were carried away by emotions and set fire to mosques and public buildings” and said they will face heavy punishment for the crimes. “After giving thousands of martyrs for the revolution, the nation will not return to dark era of Pahlavi rule,” he said.

Ahmad Khatami, a hardline cleric who leads Friday prayers in the capital Tehran, called for capital punishment for those chanting slogans against the values of the Islamic Republic, according to Reuters.

In apparent response to the protests, the government backed down on plans to raise fuel prices, promised to increase cash handouts to the poor and create more jobs in coming years.

“We predict that at least 830,000 jobs will be created in the new year,” government spokesman Mohammad Baqer Nobakht said on state television on Saturday night. He gave no details. Around 3.2 million Iranians are jobless.

Iranians also expressed anger over their country’s costly interventions in Syria and Iraq where it is engaged in a proxy war for influence against regional rival Saudi Arabia.

Having officially avoided the protests since they stated, later on Sunday Iran’s president Rouhani would address the nation in a televised speech, his first public comments since the unrest broke out, ISNA reported.

The country’s unrest also hit Iran’s stock exchange. The TEDPIX Index fell 1.7% to 95,561.58 in Tehran on Sunday, the lowest level since Dec. 20, according to Bloomberg.