FLASHBACK: SECRETARY OF STATE TILLERSON ADMITS US POLICY OF REGIME CHANGE FOR IRAN 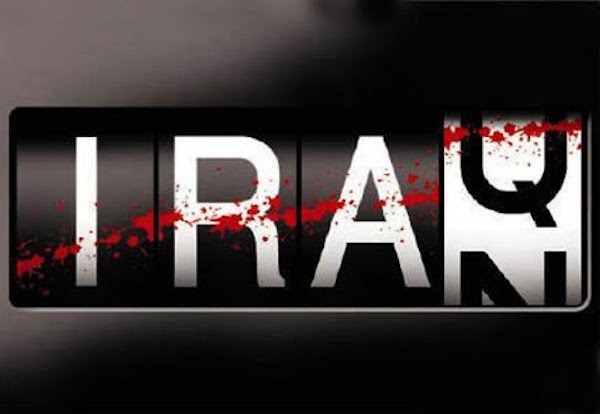 During a Wednesday hearing before the House Foreign Affairs Committee regarding the 2018 State Department budget, Tillerson was asked whether or not the U.S. supports regime change in Iran. He replied affirmatively, stating that U.S. policy is driven by relying on “elements inside of Iran” to bring about a “peaceful transition of that government.”

“They are doing bad things throughout the world, on behalf of terrorism and destroying human rights of many people,” Poe said, referring to the IRGC.

“Well our Iranian policy is under development,” Tillerson replied.

“It’s not yet been delivered to the president, but I would tell you that we certainly recognize Iran’s continued destabilizing presence in the region, their payment of foreign fighters, their export of militia forces in Syria, in Iraq, in Yemen, their support for Hezbollah. And we are taking action to respond to Iran’s hegemony. Additional sanctions actions have been put in place against individuals and others.”

“We continually review the merits both from the standpoint of diplomatic but also international consequences of designating the Iranian Revolutionary Guard in its entirety as a terrorist organization. As you know, we have designated the Quds [Force]. Our policy towards Iran is to push back on this hegemony, contain their ability to develop obviously nuclear weapons, and to work toward support of those elements inside of Iran that would lead to a peaceful transition of that government. Those elements are there, certainly as we know.”

Tillerson’s reference to Iran’s ability to develop nuclear weapons above directly contradicts a letter he sent to Speaker of the House Paul Ryan in April of this year. The New York Times explained:

“The letter certified that Iran was complying with the agreement, negotiated by five world powers in addition to the United States and Iran. The International Atomic Energy Agency, which monitors the agreement with on-site inspectors and advanced technology, reached the same conclusion in its most recent report.” [emphasis added]

This comes just over a week after Iran suffered an ISIS-inspired terror attack of its own, after which American lawmakers immediately proposed sanctions against the Islamic Republic, further demonstrating that the U.S. seeks to undermine Iran as much as possible. The sanctions were approved by the Senate on Thursday. Further, Rep. Dana Rohrabacher (R-Calif.) appeared to praise the ISIS attack on Iran, even suggesting the U.S. should support terrorists who commit attacks against the Iranian state.

“Since the 1950s, the United States tried to meddle in Iranian affairs by different strategies such as coup d’état, regime change, and military intervention,” Qassemi also stated.

These efforts have all failed, Qassemi said, adding that the new U.S. government is “confused” and could be “easily manipulated by wrong information.”

As Anti-Media has previously explained, Iran is one of the most heavily engaged entities fighting ISIS (and has been extremely effective in doing so). Even if Iran were supporting Houthi rebels in Yemen (the hard evidence for this claim to date has been woefully lacking), the Houthis are the sworn enemy of al-Qaeda and ISIS – two terror groups the U.S. is currently fighting.

This is not to whitewash Iran for its backing of militias on the ground who have committed atrocities — or Iran’s often heavy-handed treatment of its own people. However, the U.N. just claimed that U.S.-led airstrikes have killed over 300 civilians after barely a week of fighting in Syria (U.S.-backed forces have also admitted using white phosphorous on these civilian populations). Further, the U.S. also maintains close ties with other radical nations that have exported mass violence and suffering on an exponential level.

Clearly, the U.S.’ infatuation with Iran has nothing to do with human rights concerns, and apparently, it must be reiterated that regime change without any official direction from the U.N. is completely illegal.

Iran just elected a reformist for the second time (with a higher voter turnout than the U.S. elections in 2016). This reformist, Hassan Rouhani, is more than capable of cutting deals with the U.S and its allies. According to Tillerson himself, as explained above, the 2015 nuclear deal with Iran is clearly working effectively, further reducing any concerns regarding Iran’s capacity to pose a nuclear threat to anyone.

Why seek to topple a government elected by its own people? For “democracy” and “freedom?” Or because Iran sells its oil in Yuan, a direct attack on America’s control over the financial markets?

The U.S. has previously interfered in Iran’s political structure. In 1953, the CIA overthrew Iran’s democratically elected leader, Mohammed Mossadegh, and replaced him with a brutal dictator, Shah Mohammad Reza Pahlavi. As explained by the Guardian, this interference clearly had little to do with democracy-building or human rights — and everything to do with oil:

“Britain, and in particular Sir Anthony Eden, the foreign secretary, regarded Mosaddeq as a serious threat to its strategic and economic interests after the Iranian leader nationalised the British Anglo-Iranian Oil Company, latterly known as BP. But the UK needed US support. The Eisenhower administration in Washington was easily persuaded.”

As far as we know, only one country has purposely used nuclear weapons against civilian populations and has continually used its stockpile of deadly weapons to topple a number of governments across the globe without facing legal ramifications.

That country is not Iran. As explained by intellectual Noam Chomsky:

“Why is Iran regarded here as the greatest threat to world peace? … They [the intelligence community] say Iran has very low military spending, even by the standards of the region, much lower than Saudi Arabia, Israel, [and] others. Its strategy is defensive. They want to deter attacks long enough for diplomacy to be entertained. The conclusion, intelligence conclusion—this is a couple years ago—is: If they are developing nuclear weapons, which we don’t know, but if they are, it would be part of their deterrent strategy.”