CORPORATE TRANSNATIONAL WARLORD PIRATES ARE ON THE RUN 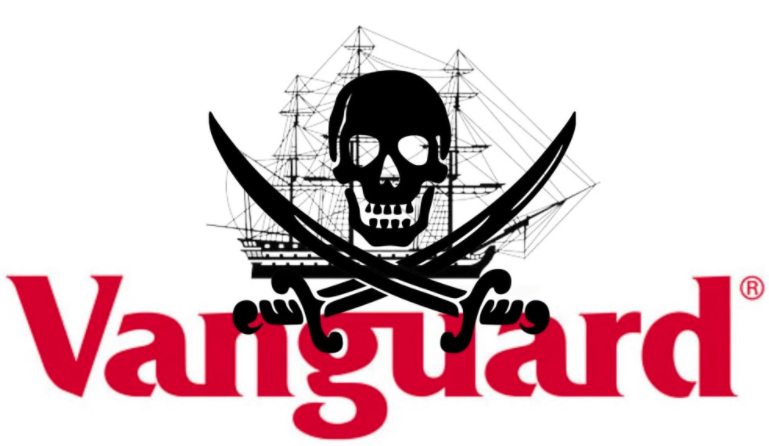 CORPORATE TRANSNATIONAL WARLORD PIRATES ARE ON THE RUN

BY THE AMERICAN INTELLIGENCE MEDIA AND AMERICANS FOR INNOVATION

President Trump’s new executive order has declared a “national emergency” as a declaration of war against all forms of crime – not just human trafficking and human rights abuses.

Criminals from Saudi Arabia to Washington, D.C. knew this was coming from the moment Trump was elected.

The Obama “age of lawlessness” has come to an end and the new sheriff in town is the fastest gunslinger (tweet-slinger) around.

That is why Frederick William “Bill” McNabb III, Eric Schimdt, and the 200 or so other top CEOs are resigning their compromised posts and running for cover.

Of course, some have already been called out for sexual harassment, pedophilia, and theft, among others crimes. Some are just resigning, gathering up their off-shore monies and hiding, while other corporate Alpha Dogs are just moving to another position in the company in an effort to create distance from their crimes and possible plausible deniability before the second shoe drops.

The CEOs (corporate warlords) of some of the largest companies in the world have coincidentally “stepped down” at the same time that the first president in U.S. history formally announced a “national emergency” and a type of war against every criminal in America, the international corporate world, and every country and organization in the world that wishes to break U.S. laws, including the U.N. which Trump has already “called out” for its crimes and has begun to defund them.

Just look at the tidal waves that Trump recently caused in Saudi Arabia, Syria, Iraq, Turkey, Iran, etc. by simply announcing that America was now going to be moral and honest.

Does the phrase “too much winning” come to mind?

Trump has named 13 international criminals in his executive order (EO) whose funds and assets have already been seized. He also mentioned in the EO that there is an Annex list that names 39 other criminals and/or criminal organizations, including foreign nations.

Thus, every criminal in the world who has an off-shore account should be shaking in their boots. The U.S. Treasury can seize assets anywhere in the world and certainly have done so many times before through executive orders. But Trump’s new EO is the most comprehensive and all-encompassing war on transnational criminals ever written by a president.

The Anonymous Patriots explained to their subscribers what Eric Schimdt is up to with his continuing plans to take over the world after stepping down from being the CEO of Google. See audio below:

Eric Schmidt Steps Down as CEO

BUT WHEN WE SEE THE CEO OF VANGUARD, ONE OF THE LARGEST INVESTMENT COMPANIES IN THE WORLD WITH OVER 5 TRILLION DOLLARS IN MANAGED ASSETS, STEP DOWN FROM THE CUSHIEST CEO JOB IN THE WORLD – YOU KNOW THAT TRUMP HAS THE LAWLESS CORPORATE WARLORDS EXTREMELY NERVOUS.

These corporate warlords are covering their criminal trails like Hillary bleaching her server.

Decades of negligent government oversight of huge transnational corporations, like Vanguard and Google, have lead the CEOs to be very careless in their crimes which created a long and clear trail of evidence that was ignored by the Daddy Bush / Clinton /  Bush Jr. / Obama administrations. Crime had become a way of life and the Queen of Thieves was ready to ascend the ultimate throne of crime – the White House.

VANGUARD IS THE FINANCIAL DEATH STAR TO A FREE PEOPLE

The CEO of Vanguard, Frederick William “Bill” McNabb III, like hundreds of other CEOs simply got out while they could because they certainly know that they are guilty and could come to be identified as one of the already named Annex list 39 that are going down next.

Trump will be known in history for bringing back the “rule of law” to a country that had already been sold out to the highest transnational bidders.

Bill, Hillary and Obama sold America out to China, Russia, North Korea, Iran, the United Nations, to name a few, through criminal conspiracies.

International corporate warlords (including warlord brokers like Vanguard) sold America out for their own greed and control.

For instance, Vanguard is the largest investor in companies that have the greatest number of U.S. military contracts.

Vanguard is the “poster corporation” for the military industrial complex that sells war to both sides and profits double.

Vanguard is also a criminal enterprise that has been sued many times and has avoided approximately $65 billion in taxes through spurious means.

Vanguard is beyond a monopoly. They are the modern version of the U.S.S.R. centrally planned economy – in the full control of the Deep State rogue C.I.A. shadow government.

THE U.S. CONSTITUTION IS AN ANNOYANCE IN THEIR NEW WORLD

MESSAGE TO MCNABB: YOU CAN RUN BUT YOU CANNOT HIDE

Frederick William “Bill” McNabb III has very good reasons to obfuscate his CEO decisions that were criminal. This type of criminal corporate behavior was accepted as “standard operating procedure” during the Clinton/Bush/Obama administrations, which condoned unregulated corporate fleecing of America that was not policed by the criminally compromised Department of Justice.

To Frederick William “Bill” McNabb III, prior CEO of Vanguard, and Eric Schimdt, prior CEO of Google, and the other hundreds of CEOs “stepping down” from positions at the top of the corporate pyramid, we have a message for you  — You can run but you cannot hide!

WHY IS TRUMP TARGETING TRANSNATIONAL CORPORATIONS?

Vanguard is a notorious warlord corporation that is owned by banks and a network of corporations who are all interconnected.

Trump is up against warlord brokers and bankers who own 43,000 transnational companies which comprise 60% of the world’s income.

These corporations in turn own industry, oil, weapons, perpetual military contracts, pharmaceuticals, food, telecom, IT and the other profitable companies – especially war related.

Essentially, these elite corporations own each other through shared stock and investments.

These transnational corporations have silently declared war on America years ago and were winning until Trump came to office.

Vanguard is an excellent example of the type of transnational criminal corporations (may we say pirates) that Trump has declared war upon. He has already “kicked ass” (seized assets) and “taken names” (the Annex list of 39). Interestingly enough, some of the names on Trump’s “naughty” list are good friends of Hillary and Bill.

The bottom line is basically that the CEOs jumping ship are simply letting Trump know that they are guilty and should be put on his “naughty” list, if they weren’t already there to begin with.

CEO McNabb has been involved in Vanguard’s many financial scams. For instance, by design, the Vanguard Group does not earn any profits, even though every other major mutual fund company does. This is an elaborate way of paying less or no taxes. In one case, Vanguard did not charge its own “member” investors $19.8 billion in investment fees in 2007 and did not pay almost $35 billion in taxes.

In June of 2017, Vanguard had to pay Brazil’s Petrobras shareholders $445 million over corruption charges. While Petrobras managed to settle with most of the shareholders out of court, a class-action suit in which plaintiffs claim tens of billions of dollars in damages remains active in New York federal court.

The Vanguard Group is not an independent company; it is owned by all the investors in Vanguard mutual funds, and one board of directors oversees both. Vanguard Group does not take a profit from the mutual funds it manages because of its unique structure. Making a profit matters because of a widely used tax dodge involving related companies, known as transfer pricing.

The goal of such maneuvers is earning “stateless income”, so-called because no government taxes the profit. This is tax evasion, plain and simple. Also, another scam at Vanguard is that nobody has any idea what anyone at Vanguard makes as salary. They can pay themselves whatever they want because it’s a “black box without any disclosures.”

The 200 or more corporate CEOs who have recently resignedmight just be the tip of the iceberg.  Trump has upset the applecart of DC lawlessness and the criminal apple venders don’t know which way to run first to pick up their apples.

More and more it appears that the Art of the Deal may actually be the Art of War.

On Aug. 06, 2009, IBM’s chief intellectual property counsel David J. Kappos was appointed director of the U.S. Patent Office by Barack Obama in a rare recess appointment. Notably, Kappos had to quickly sell off his up to $2.5 million in IBM stock in one month between Aug. 19 – Nov. 16, 2009.

KAPPOS HAD TO SELL HIS IBM STOCK QUICKLY TO RESPOND TO OBAMA’S  AUGUST 2009 RECESS APPOINTMENT. HE PUT ALL OF HIS CHIPS DOWN ON VANGUARD. WHAT DID HE KNOW THAT WE THE PEOPLEDID NOT? SEE KAPPOS’ FINANCIAL DISCLOSURE HERE.

They asked Kappos to invalidate Leader’s patent on social networking using a bizarre “reexamination” provision that is being tested right now at the U.S. Supreme Court is nakedly unconstitutional since it takes back property rights already granted. The “reexamination” concept was promoted by none other than Leader Technologies former patent attorney James P. Chandler, III in the mid-1990’s under Bill Clinton.

Facebook subsequently lost these invalidation arguments three times before asking Kappos a fourth time to invoke never-used directorial power to invalidate the patent just before he departed in 2013.

AS READERS CAN SEE FROM THE TABLE BELOW, VANGUARD IS NOW FACEBOOK’S LARGEST SHAREHOLDER.

Vanguard is the largest shareholder for all of Facebook’s initial public offering underwriter banks.

IBM IS THE LARGEST HOLDER OF PATENTS IN THE WORLD.

Remarkably, the 12 largest patent grants in 2016 are ALL members of the IBM Eclipse Foundation. Eclipse was used to distribute Leader Technologies’ social networking invention to these companies after its formation on Nov. 29, 2001.

As described earlier, Vanguard is the largest shareholder in ALL of the chief beneficiaries of Leader Technologies’ social networking invention..

We are compiling Frederick William “Bill” McNabb’s resume, so check back to this post in the coming days for that update.

SPREAD THE WORD ABOUT THIS TREASON.