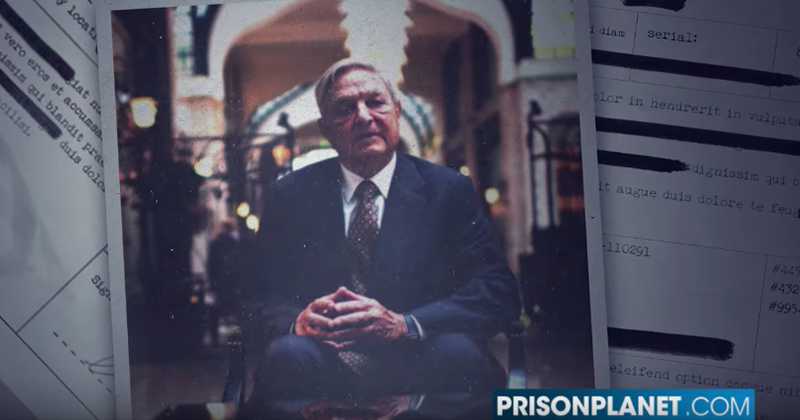 WASHINGTON, D.C. – In a desperate effort to save the Obama-era “Net Neutrality” rules, Soros-funded groups that favor censorship of conservative and libertarian view on the Internet have decided to run a scare campaign before the FCC votes on Dec. 14 on a new FCC order backed by Chairman Ajit V. Pai to end Title II regulation of the Internet.Perhaps most ironically, Antifa groups protesting for a “free and open Internet” protested outside the FCC headquarters in Washington, D.C., on May 22, 2017, protesting Pai’s proposal to reverse “Net Neutrality” rules, while demanding the FCC must “Ban Drudge,” as well as Breitbart and Infowars.com.Color of Change, a Soros-funded organization that bills itself as “the nation’s largest online racial justice organization” has charged Chairman Pai with racism.“Chairman Pai’s plan to gut the FCC’s net neutrality rules will devastate Black communities,” Color of Change proclaims on its website.

“Net neutrality is essential to protecting our free and open Internet, which has been crucial to today’s fights for civil rights and equality,” the Color of Change website continues.  “Our ability to have our voices heard in this democracy depends on an open Internet because it allows voices and ideas to spread based on substance, rather than financial backing. Net neutrality ensures that the Internet is a place for innovation and opportunity for all, rather than just the wealthy few.”

Color of Change was among the Soros-funded groups that backed the campaign to drive Lou Dobbs from his hour-long program on CNN, as well as Glenn Beck from Fox News and Pat Buchanan from MSNBC, by pressuring advertisers to withdraw their financial support on ideological grounds.

The ACLU moved beyond its original charter as a legal advocate for individual rights to organizing and training protest movements one month after George Soros’ Open Society Foundation donated $34 million to the group.

In a statement issued last week, on Tuesday, Nov. 21, Ronald Newman, ACLU director of strategic initiatives issued a press release saying, “In a world without net neutrality, activists may lose an essential platform to organize and fight for change, and small organizations may never get a fair shot to grow and thrive. Congress must stop Chairman Pai’s plan in its tracks and ensure that net neutrality remains the law of the land.”

On Feb. 26, 2015, the Washington Examiner reported Soros and the Ford Foundation have donated $196 million to advocacy groups supporting the retention of the Obama-era “Net Neutrality” rules.

A study by Washington, D.C. information specialist Emprata demonstrated that more than 7.5 million comments opposing the repeal of “Net Neutrality” rules – the largest percentage of comments on any FCC topic, fully 36 percent of all FCC comments – “appear to have been generated by self-described” and “disposable” email domains attributed to FakeMailGenerator.com and with nearly identical language.”

Those arguing for the repeal of the Obama-era “Net Neutrality” rules argue Pai’s campaign to end Title II regulation of the Internet is a “noble cause” – a move that does not “kill net neutrality,” but rather reverses the unprecedented power grab of the Obama-era FCC in conjunction with the tech left forces in Silicon Valley, Soros’s Open Society Foundation, and the Ford Foundation.

Ironically, since the 2015 rules were put in place, instances of blocking and censoring have only occurred at a rapid pace on platforms owned by Facebook, Google, and Twitter, which all lobbied hard for the 2015 “Net Neutrality” rules, which were carefully crafted so as to not touch those companies.

The implementation of these 2015 Obama-era “Net neutrality” regulations, which were heavily pushed by Google in hundreds of closed-door meetings at the Obama White House, carved out Google and the other Silicon Valley behemoths and secured their position as absolute information gatekeepers.

Since these 2015 regulations passed, Internet giant portals like Google, Facebook, and Twitter have moved to become the judge, jury, and executioner of the contact we read on the Internet, under the guise of eliminating “fake news.”