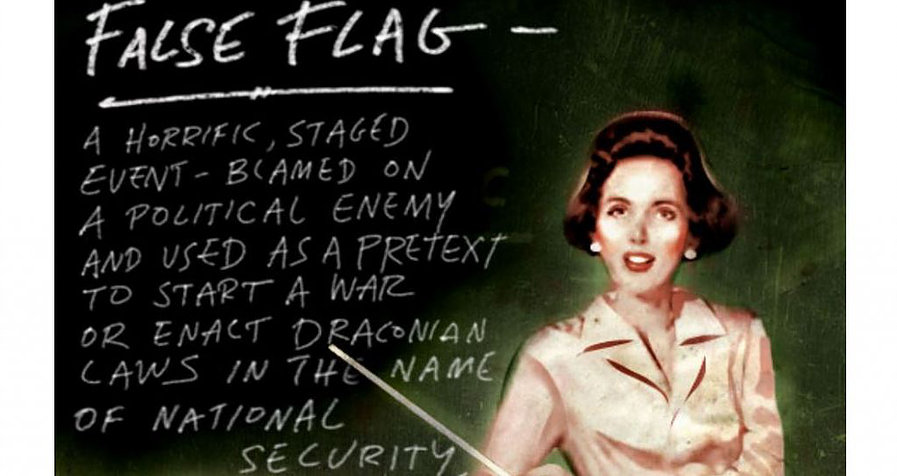 It ought to be clear by now that the Texas church massacre in Sutherland Springs, Texas was yet another false flag attack on innocent Christians right in the heart of Trump country.

As for who perpetrated such a cowardly and despicable act, and why they carried out the black operation on Sunday, this exposé explains the overall scheme. Texas Church Massacre: Who really did it and why?

All of these fastidiously engineered mass murders are actually conducted as highly organized satanic ritual sacrifices.

The specific location, the time, the sacrificial lambs are all carefully chosen for reasons that are well beyond the scope of this article.  For a more detailed explanation, please see the following video:  Texas Church Shooting: False Flag & Ritual Sacrifice (Video)

Just because this massacre was executed a false flag operation does not mean that it was a hoax.  The false flag component only means that the attack is being blamed, as usual, on a former military patsy who was psychologically controlled to kill.

In this case the media reports have identified the gunman, who died after the rampage as usual, as follows:

Kelley is reported to have been discharged from the US air force in 2014 following a court martial for assaulting his wife and child.
The motive for the killings is not yet clear.
(Source: Sutherland Springs: Men chased Texas church shooting suspect)

The suspect perfectly fits the pattern of the many other lone gunman over the years who are often singled out and trained during their military service for such CIA-directed black operations.

False flag operations in the form or mass shootings and bombings are purposefully designed to terrorize the citizenry.  With each successive violent attack the American people are becoming more and more vulnerable to giving up their constitutional gun rights.

By conducting these false flag attacks on venues that are located in places that have never seen such violence, the message of the real perps is clear.  No one is safe anymore, no matter where they live, work and play.

This premeditated strategy of tension is very similar to Operation Gladio which was run all over Europe for decades by NATO (sometimes known as the North Atlantic Terrorist Organization).

Operation Gladio has also been carried out throughout the USA for decades, except that very few were aware of it.  It’s high time for every American patriot to get with the program, before the nation passes the point of no return.