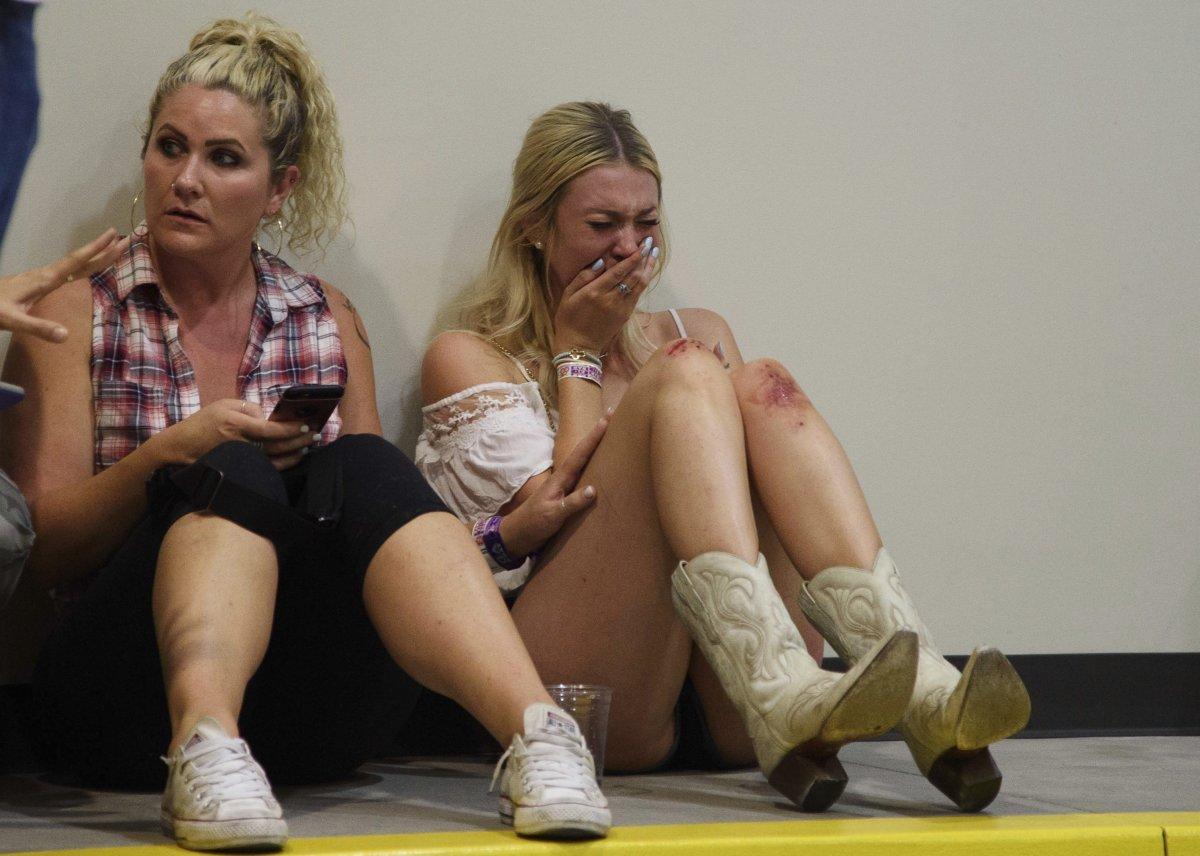 An Alaska fisherman, an off-duty police officer and a selfless Tennessee husband were among the victims shot to death by a Las Vegas gunman in the worst mass shooting in modern American history.

“He saved my life,” Heather Melton told NBC affiliate WSMV-TV hours after her husband, Sonny, 29, was gunned down with dozens of others at an outdoor music festival.

“He grabbed me and started running when I felt him get shot in the back.

“I want everyone to know what a kind-hearted, loving man he was, but at this point, I can barely breathe,” she said.

The horror of Las Vegas

Sonny Melton, of Big Sandy, Tenn., was a registered nurse and worked at Henry County Medical Center. Melton graduated from Union University in 2015.

–
The university tweeted condolences to the family.

Cops sorting out the details of the shooting were also grieving for one of their own.

Hartfield had posted an image of the Route 91 Harvest Festival on his Facebook page Sunday evening, hours before gunman Stephen Paddock, 64, opened fire from his 32nd-floor perch at the Mandalay Bay Hotel and Casino.

“I figured he was probably busy helping others,” Rhett said. “I don’t know a better man than Charles. They say it’s always the good ones we lose early. There’s no truer statement than that with Charles,” he added.

“He gave up his life for this country,” a relative told the Daily News. “Just to be taken out like this. You don’t understand. He’s got two little babies.”

_
Also killed was a commercial fisherman from Anchorage, Alaska, who was at the concert with a buddy.

Adrian Murfitt, 35, was shot in the neck while he was near the stage at the Mandalay during a concert by country singer Jason Aldean, said Avonna Murfitt, Adrian’s mother.

“Apparently, a fireman and a doctor both came over and did CPR on him, but he didn’t make it,” Avonna Murfitt told CNN.

Lisa Romero, a secretary at Miyamura High School in Gallup, N.M., was also killed, as was Rachael Parker, a records technician with the Manhattan Beach Police Department in California.

_
“She was close to a lot of people,” Capt. Tim Hageman told the Daily News.

“She would laugh, and you knew it was Rachael laughing, even if you couldn’t see her.”

Hageman said Parker, 33, who had worked in the department for 10 years, was with two other civilian employees and a Manhattan Beach police officer who was shot in the arm.

_
“She’s absolutely loved by students and colleagues alike and will be remembered for her sense of humor, her passion for her work, her devotion to her students, her commitment to continue her own learning and taking on whatever new projects came her way,” district superintendent Mike Matthews said in a statement obtained by Los Angeles station KABC.

In just four hours, the GoFundMe page set up by the Clark County Board of County Commissioners in Nevada, which includes Las Vegas, was more than halfway to its goal of $2 million, said commission chairman Steve Sisolak.

“I’m overwhelmed by the outpouring of support from the Las Vegas community & beyond,” Sisolak said in a Twitter post. “We need more donations, every penny will be put to use.”

Remembering the victims of the Las Vegas mass shooting

_
Sisolak, who said he started the fund with Clark County Sheriff Joseph Lombardo, pledged the first $10,000.

Prayer vigils began across the city, including one led by Las Vegas Mayor Carolyn Goodman at City Hall.

Among the victims of Paddock’s hate was Denise Burditus of Martinsburg, W.Va., who was attending the concert with her husband, Tony, her high school sweetheart.

_
“It saddens me to say that I lost my wife of 32 years, a mother of two, soon to be grandmother of five this evening in the Las Vegas shooting,” Tony Burditus wrote on his Facebook page. “Denise passed in my arms. I LOVE YOU BABE.”

The victim had shared several photos of her and her husband enjoying the three-day music festival, including one taken just hours before the shooting.

Tony Burditus shared a picture of his own, of him and his wife kissing.

“What an awesome picture Tony,” a friend wrote in response to the post. “My heart aches for you and your family.”