Terror from skies as Mexican cartel attaches bomb to drone 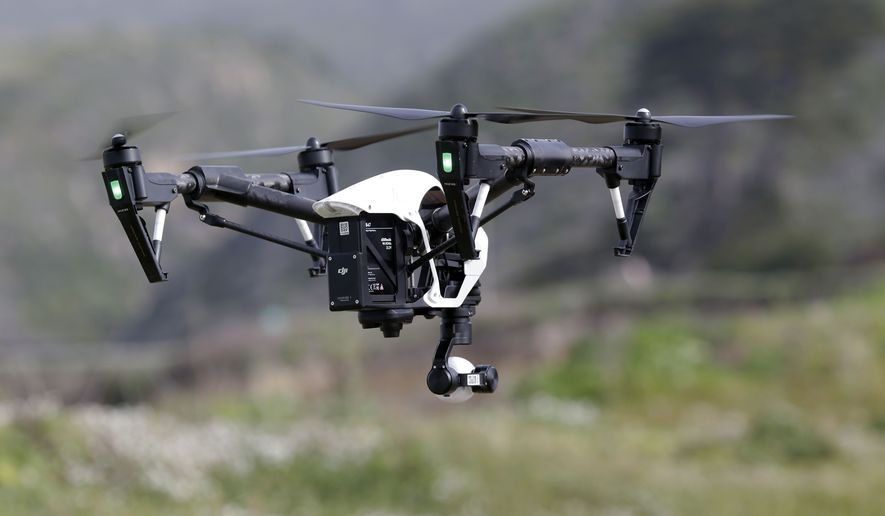 Photo by: Marcio Jose Sanchez
FILE – In this March 10, 2015 file photo, The Inspire 1, a drone manufactured by DJI, is flown in Davenport, Calif. Mexico published rules governing the use of drones on Wednesday, April 29, 2015, allowing people to operate the smallest drones in daylight without a permit but with safety rules. (AP Photo/Marcio Jose Sanchez, File)

Terror from skies as Mexican cartel attaches bomb to drone

By Stephen Dinan – The Washington Times

Mexican police discovered four men carting a kamikaze drone equipped with an IED and a remote detonator last week, in what analysts say is an example of cartels figuring out how to weaponizing UAVs.

The disturbing development is a manifestation of something top American security chiefs warned Congress about earlier this year, when they said they feared terrorists would begin to use drones to attack targets within the U.S.

Drug cartels had already been turning to drones to smuggle their product into the U.S., and had begun using IEDs in their turf struggles — but now at least cartel appears to have put the two technologies together, according to Mexican reports analyzed by Small Wars Journal.

“A weaponized drone/unmanned aerial vehicle (UAV)/unmanned aerial system (UAS) with a remotely detonated IED allows for a precision strike to take place against an intended target,” Robert Bunker and John P. Sullivan, the authors of the new analysis, wrote.

The drone-IED combination was found in central Mexico, by federal police who did a traffic stop on a stolen pickup truck with four men in it.

Police found an AK-47, ammunition, phones and what the Small Wars Journal authors said appears to be a 3DR Solo Quadcopter, which retails for about $250 online. Taped to the drone was an IED, which could be trigger by remote detonator.

Mr. Bunker and Mr. Sullivan said the “dron bomba,” as they labeled it, was the next step for cartels that have been using papas bombas, or potato bombs — a roughly shaped sphere with a core of explosives and nails and other shrapnel packed inside for the most lethal reach.

The analysts said several examples of potato bombs have been detected in Mexico this year.

Drug smugglers have long waged a technological war with authorities on the U.S.-Mexico border, with the cartels often boasting better night vision gear and tactics such as ultralights to carry drug loads over the border.

More recently, drones have become a tactic for smuggling hard drugs such as heroin and methamphetamine, which are light enough and lucrative enough to be carried by the expensive technology.

In August, U.S. Border Patrol agents nabbed a $5,000 drone and seized a $46,000 meth load in southern California, after one agent detected it flying overhead. Agents also apprehended the man assigned to pick up the load, who said he had made a number of such pickups and was paid $1,000 each time.

Meanwhile, the chiefs of the FBI and National Counterterrorism Center told Congress last month that they are worried Islamic State terrorists who have pioneered weaponized drones in the Middle East will use the tactic inside the U.S. to spread a toxin or drop a grenade.

“Two years ago this was not a problem. A year ago this was an emerging problem. Now it’s a real problem,” Nicholas J. Rasmussen, director of the National Counterterrorism Center, told the Senate Homeland Security Committee.