A third woman has come forward to accuse former US President George HW Bush of groping her.

Ms Kline said her husband was standing next to the former commander-in-chief when he grabbed her at a fundraiser in Houston, Texas.

A female friend of the Bush family afterwards told her to be “discreet” about the incident.

Heather Lind, an actress, was first to come forward this week and say the former president, who served in office from 1989 to 1993, had “touched me from behind” in 2014.

Then another actress, Jordana Grolnick, told US website Deadspin that Mr Bush groped her in 2016 after announcing his favourite magician was “David Cop-a-Feel”. 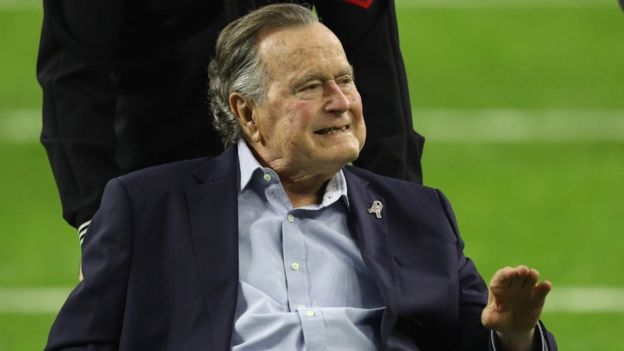 Ms Kline – who was born in Cambridge, England, and raised in the US – told Slate magazine that he used the same line on her.

She said that when she and her husband posed next to Mr Bush in his wheelchair, the former president told her: “You’re beautiful.”

He asked if she was a writer and Ms Kline said she replied: “Yes.”

The Yale graduate wrote: “‘You wanna know my favorite book?’ he whispered. I had to lean close to hear him. 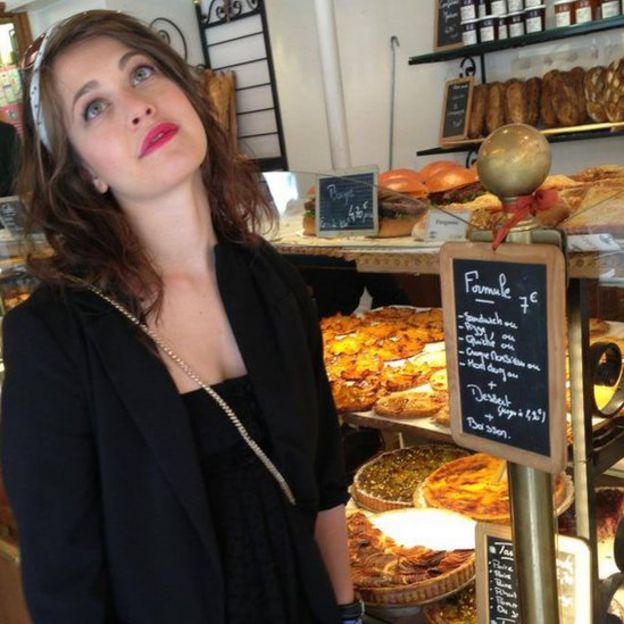 “By now the photographer was readying the shot. My husband stood on one side of the wheelchair, and I stood on the other.

“President Bush put his arm around me, low on my back. His comic timing was impeccable.

“‘David Cop-a-feel,’ he said, and squeezed my butt, hard, just as the photographer snapped the photo. Instinctively, I swiped his hand away.”

She said Mr Bush simply laughed at his joke “like a mischievous boy”.

Ms Kline said she was a guest author for a literacy event hosted by the former president’s wife, Barbara Bush, for the ex-first lady’s eponymous foundation.

She said that as she and her husband, David, left the event, “a woman who introduced herself as a friend of the Bush family was waiting to drive us back to the hotel”.

“Once we were on our way, I told David what had happened. I was still so surprised that it didn’t occur to me to keep it secret. His mouth fell open. ‘You’ve got to be kidding me.’ 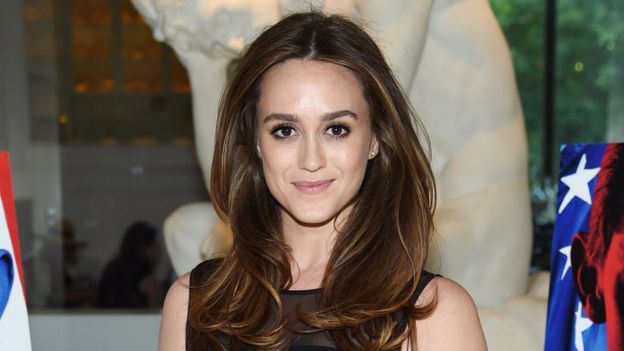 “Our driver, who was stopped at a light, sat there for a moment, then leaned back and looked at us. ‘I do trust you will be… discreet,’ she said.

“Her comment wasn’t menacing. But in that moment I thought: She has heard this before.

“The people around President Bush are accustomed to doing damage control. There must be many of us, I remember thinking. And now I know there are.”

When approached by Slate for comment, Bush spokesman Jim McGrath directed the magazine to a statement he released to the earlier allegations.

“At age 93, President Bush has been confined to a wheelchair for roughly five years, so his arm falls on the lower waist of people with whom he takes pictures,” the spokesman said.

“To try to put people at ease, the president routinely tells the same joke – and on occasion, he has patted women’s rears in what he intended to be a good-natured manner.

“Some have seen it as innocent; others clearly view it as inappropriate. To anyone he has offended, President Bush apologises most sincerely.”

Mr Bush, the father of George W Bush, who served two terms in the office between 2001 and 2009, suffers from a form of Parkinson’s disease.