Swiss Mystery: Someone Keeps Flushing €500 Bank Notes Down The Toilet 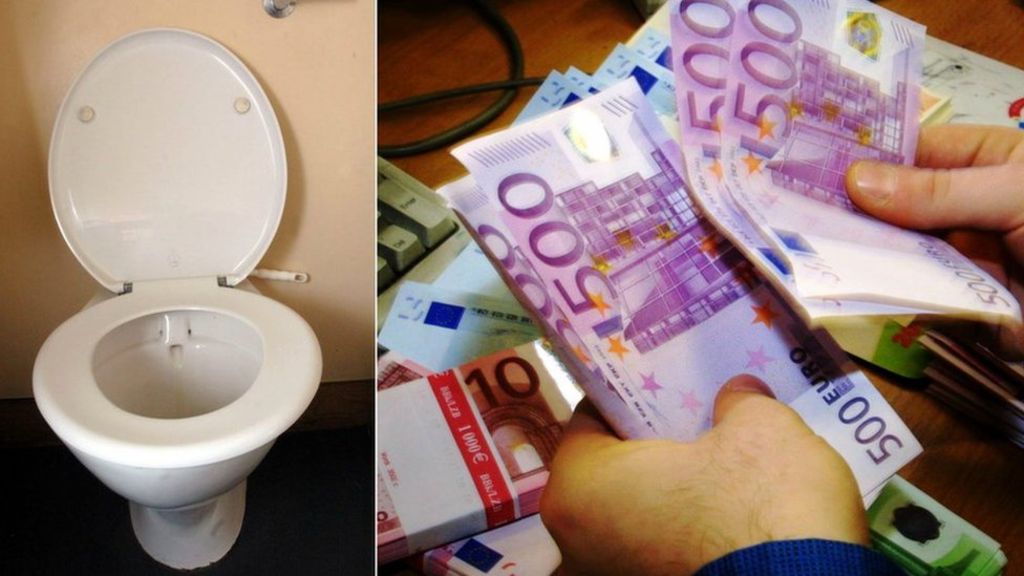 Swiss Mystery: Someone Keeps Flushing €500 Bank Notes Down The Toilet

While there are several comments one can make here, “dirty money”, “flush with cash” and “flushing money down the toilet” certainly coming to mind, perhaps the ECB was on to something when it warned that €500 “Bin Laden” bills (which it has since discontinued to print) tend to be used by criminals.

The reason for this is that in recent weeks, Swiss prosecutors have been gripped by a mystery, trying to figure out why someone tried to flush tens of thousands of euros down the toilet at a Geneva branch of UBS.

And not just once.

The first €500 bills were discovered several months ago in a bathroom close to a bank vault containing hundreds of safe deposit boxes, according to a report in Tribune de Geneve confirmed by the city prosecutor’s office. A few days later, Bloomberg adds that more banknotes turned up in toilets at three nearby restaurants, requiring thousands of francs in plumbing repairs to unclog the pipes. Indeed, AP adds that at one pizzeria, police were informed after the clogged toilet had overflowed

In all, police have extracted tens of thousands of euros in soiled bills, many of which appear to have been cut with scissors.

While destroying banknotes isn’t a crime in Switzerland, “there must be something behind this story,” said Henri Della Casa, a spokesman for the Geneva Prosecutor’s Office. “That’s why we started an investigation.” He declined to discuss the case further.

Della Casa said the origins of the cash were unknown. Predictably, UBS declined to comment on the incident at its branch on the Rue de la Corraterie in downtown Geneva.

According to AP, preliminary clues from an investigation suggest that the cash “dump” once belonged to unnamed “Spanish women who had placed the loot in a Geneva vault several years ago,” the report said.