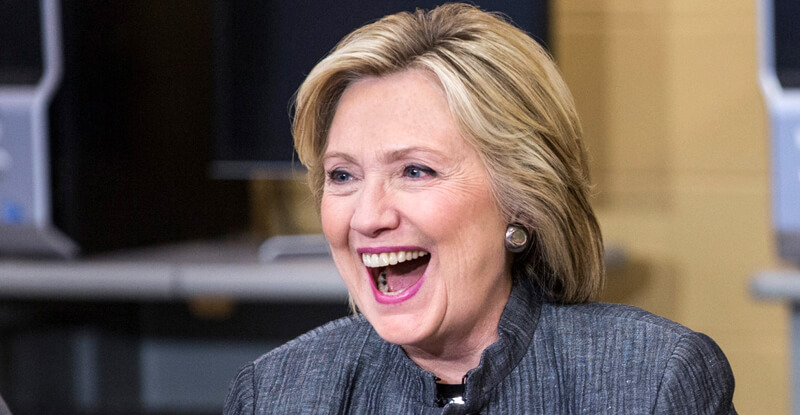 Hillary moved massive amounts of money from her campaign to help fund ANTIFA.

by Alex Christoforou
The DURAN

Hillary Clinton is not only fond of funding foreign terrorists in Libya and Syria, in order to overthrow sovereign governments, but it now appears that HRC is very much involved in redirecting money to US terrorist groups whose aim is to tear down the Trump presidency.

The Daily Caller first discovered that Hillary Clinton transferred money from her campaign over to her Super-PAC, “Onward Together”…

Clinton transferred $800,000 from her failed 2016 presidential campaign to Onward Together shortly before announcing the group’s launch in May, documents the campaign filed with the FEC reveal.

Via The Gateway Pundit…

Hillary, who long during the campaign trail condemned “dark-money” Super-PACs, has funneled over 800K from her Campaign over to one of these very same outfits. It has been revealed that the failed presidential candidate’s Super-PAC, “Onward Together”, is heavily backing “resistance” and Alt-Left extremist groups such as ANTIFA.

Offended America was able to track down where those “Onward Together” funds ended up.

Daily Caller reached out to five different Antifa linked groups, and only one was willing to deny donations from Onward Together. Soros-linked group, Indivisible, denied receiving financial support from Clinton or Onward Together.

“Onward Together has not given any financial support to us,” Helen Kalla, an Indivisible spokesperson, wrote to Daily Caller.

Kalla added that Clinton’s group has “been amplifying and highlighting our work through their digital networks,” which she explained has consisted of “retweeting [Indivisible], and they’ve highlighted our work via their emails to their list too.”

According to Federal Election Commission documents, Hillary Clinton transferred $800,000 from her failed political campaign “Hillary for America” to her new Super-PAC “Onward Together”, before she announced the existence of the PAC in May, 2017.

Amid other disturbing details, it’s now been revealed that “Onward Together” is a 501(c)4 “Social Welfare” organization, which means that it’s not required to disclose many of the details of its operations to the public or disclose who its donors are.

By receiving campaign funds, and then furnishing the funds to Antifa terrorist groups, Clinton may have implicated many of her supported in a crime.

Hillary Clinton, now too old to run for office, will go back to doing what she’s always done best, round up money from anonymous sources, and then use that money to influence elections and pedal power.