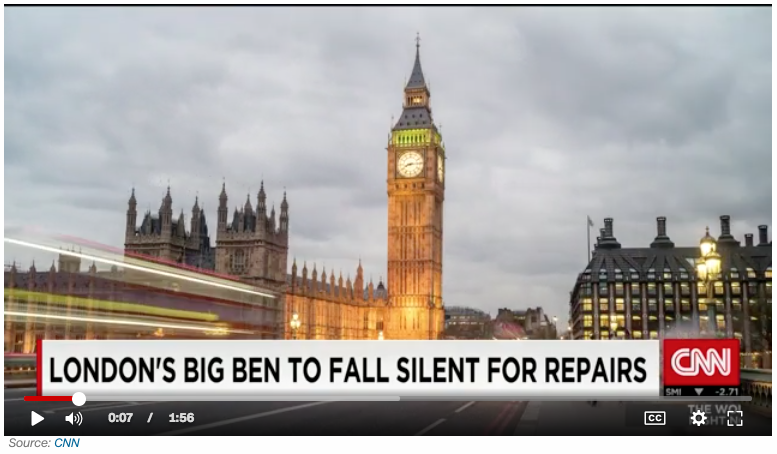 London (CNN)Big Ben will fall silent next week for four years as “major conservation works” are carried out on the tower which houses the bell, UK Parliament announced Monday.

The chimes emanating from the bell, one of London’s most famous attractions, have kept time in the British capital for 157 years.

The repairs are estimated to cost around £29 million, or more than $42 million.

“Big Ben falling silent is a significant milestone in this crucial conservation project. This essential programme of works will safeguard the clock on a long term basis, as well as protecting and preserving its home,” Keeper of the Great Clock, Steve Jaggs, said in a statement.

Big Ben is the name of the bell inside the tower (St. Stephen’s Tower, renamed Elizabeth Tower in 2012), and not the building or the clock (simply known as the Great Clock) itself.

The chimes were last silent in 2007 during maintenance, and before that from 1983-1985 during a period of refurbishment.

Londoners needn’t worry though; Big Ben will continue to chime for “important national events” such as New Year’s Eve and Remembrance Sunday.