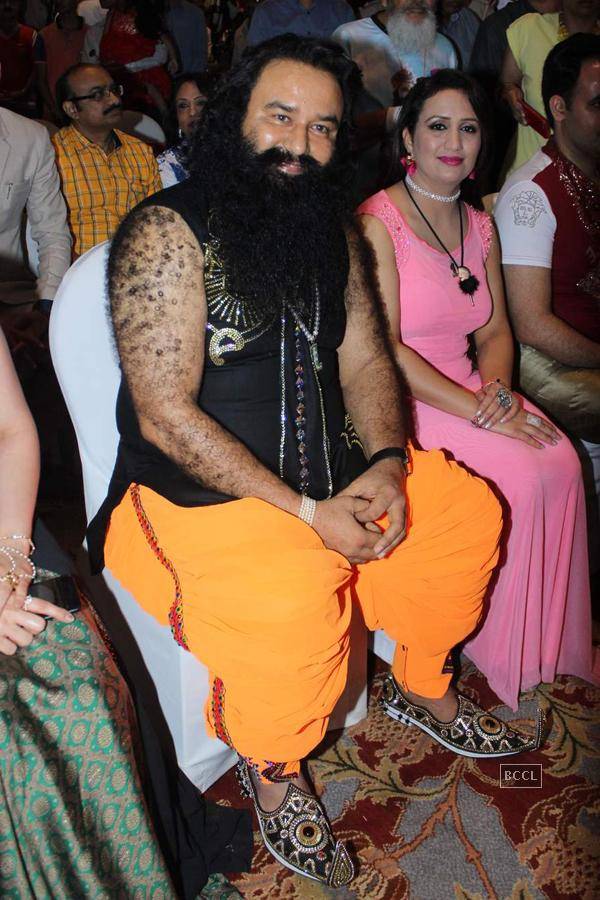 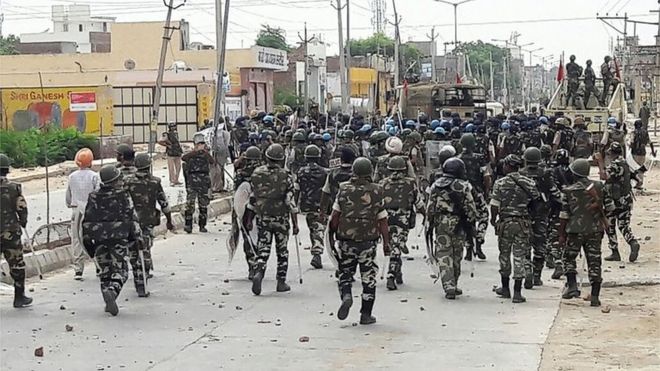 Indian security forces have been put on high alert ahead of the sentencing of a controversial guru convicted of rape.

The self-styled holy man was found guilty of sexually assaulting two female followers. He faces a maximum sentence of life in jail.

A curfew has been imposed in several areas of Haryana and Punjab states, while the capital Delhi is on alert.

The army has been put on standby and police say they have been given “shoot on sight” orders in case of trouble.

Singh, 50, will not be taken to court to hear his sentence. Instead, the judge who convicted him will be flown to Rohtak jail where he is being held, to deliver it.

Who is Gurmeet Ram Rahim Singh?

The prison has been transformed into a fortress, with journalists banned within a 1.5km (one mile) radius.

Rohtak town, in Haryana state, is also under police and military lockdown, the roads lined with barbed-wire barricades.

There is also heavy security outside Singh’s 1,000-acre compound in Sirsa, Haryana.

Schools and colleges will remain closed. Mobile internet services were cut in Haryana last Thursday, and the ban has been extended for a further 48 hours.

Tens of thousands of his supporters are still believed to be inside the Dera Sacha Sauda sect headquarters, despite many opting to leave following a tense stand-off with soldiers.

The Dera’s Sirsa headquarters is a huge township that houses schools, a hospital and a cinema. Hundreds of soldiers and riot police had blocked approaches to the sprawling premises on Saturday, and urged those inside to leave peacefully.

A curfew imposed in Sirsa was briefly lifted on Sunday to allow the guru’s loyalists to leave the compound.

In his monthly radio address on Sunday, India’s Prime Minister Narendra Modi said it was “natural to be worried” after days of violence which had briefly reached the capital, Delhi.

“Violence is not acceptable in the nation, in any form,” Mr Modi said.

“Those who take law in their hands or take to violence will not be spared, whoever they are.” 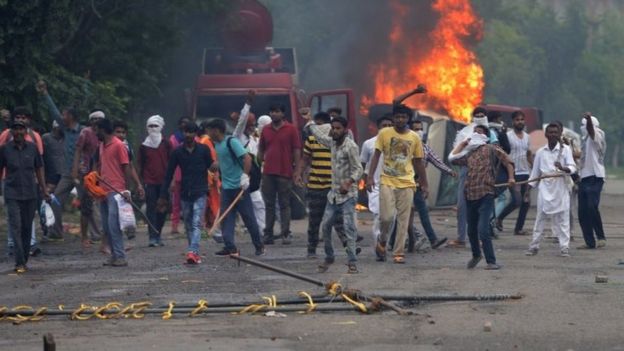