The Coordinated Takedown of FOX News by Deep State 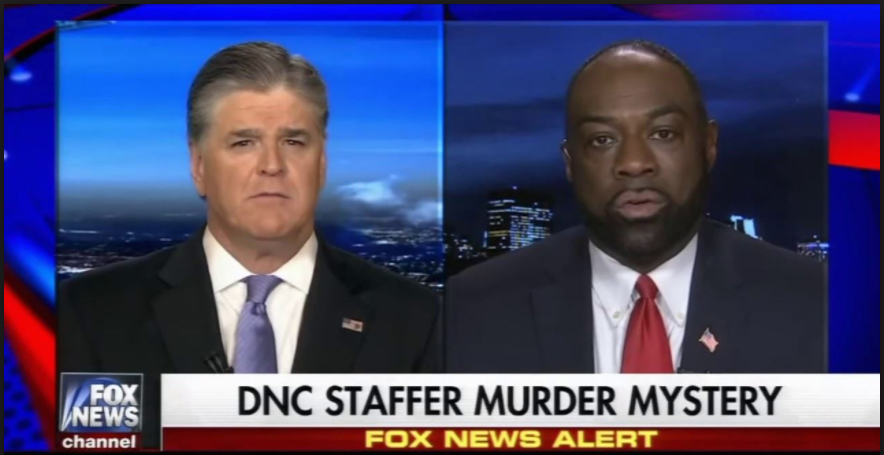 The Coordinated Takedown of FOX News by Deep State

The Mainstream Media Eats One Of Its Own

“You gotta give it to him, Trump has ’em all on the ropes.
That’s why the mainstream media is frenetically working
to take down all the truth speakers at FOX News.”

Who would argue with the fact that FOX News Network has been the victim of highly coordinated takedown by Deep State?

The whole world has been witnessing an unprecedented war being waged by the liberal networks and newspapers against FOX News on a daily basis.

Each week brings a new onslaught of accusations and charges made by the Mainstream Media (MSM), the Democratic Party and U.S. Intelligence Community against FOX employees since the beginning of the 2016 election cycle.

One of the most dramatic of these events occurred when the MSM hijacked Megyn Kelly. NBC did the dirty work of luring her away with an unprecedented pay package, some of which has not been disclosed.  Kelly had already been turned into a closeted Clinton supporter by her true masters so the loss was actually a win for FOX.

However, what they really got from former attorney Megyn Kelly were the real goods necessary to take down the FOX king himself—Roger Ailes.  Not only did they topple Ailes from his high perch at America’s most powerful conservative news channel, the whole experience quickly put him 6 feet under.  May he rest in peace!

Next came the abrupt dismissal of Bill O’Reilly.  The perps had been setting up ole Bill for years knowing that they would eventually find enough female employees at FOX who would bear false witness against him.  And so they did…with awesome speed and effect.

O’Reilly’s ignominious downfall was followed by the unexpected ouster of Fox News President Bill Shine via his hastily submitted resignation.  Shine’s primary sin was simply being there.  When you’re the prez of FOX News during an unparalleled media war meticulously coordinated by the agents of Deep State, you’re basically in the wrong place at the wrong time.  And so he was.

With so many unexpected firings and forced vacations, coerced resignations and jolting shakeups taking place in such a short time frame, it came as no surprise that Judge Anthony Napolitano was forced off the air for reporting the honest truth about Great Britain’s GCHQ involvement in the illegal ‘wiretapping’ of Trump.  Not only did he get the story straight, he was practically fired for doing so.  Deep State was quite unhappy with Napolitano’s accurate account of Obama’s political spying and surveillance via foreign intelligence agencies.

Then there was the FOX executive who was fired in March for supposedly ‘abhorrent behavior’.  This took place amid a flurry of other allegations made by other former FOX employees against their bosses and various co-workers. Just how many fake purges will Deep State demand from FOX News?

Hannity is next up on the docket

Now the whole world watches as incisive political commentator Sean Hannity literally fights for his life to keep his conservative news show, Hannity, on the Fox News Network.  This particular battle of the ongoing war against FOX is bound to get very interesting indeed.

Thus far Hannity’s worst sin is his truthful reporting on the unsolved murder mystery of Seth Rich.  When Newt Gingrich states during a live FOX broadcast that Rich was assassinated by the DNC for providing the WikiLeaks emails, you know that Hannity is onto something very BIG.

The critical point here is that Hannity has never been one to shy away from a radioactive political story.  Especially when it involves the Clintons, the Democratic Party and WikiLeaks, Hannity has been out in front reporting the facts.  The hard evidence combined with the circumstantial evidence in the Seth Rich case is so compelling that Hannity risked his career by revealing the unvarnished truth.

Everyone knows that Sean Hannity would be dropping the ball if he stopped reporting on the transparent assassination of Seth Rich.  His audience has come to deeply respect him for taking on the Clintons, the DNC and other political heavyweights no matter where it leads. By not shirking his journalistic responsibilities, he has earned more respect than ever … … … and yet here he is under massive assault … from every corner of Deep State.  As follows:

Sean Hannity to be terminated at FOX in the continuing purge of patriots from Mainstream Media?

Special Note:
There’s a really HUGE back story to this whole slow-motion “takedown of FOX News”. Deep State has demonstrated repeatedly that it will no longer tolerate any major MSM reporting that does not toe the line.  FOX is the biggest MSM channel whose big personalities have refused to be politically correct—all the time.  Not only that, some of them saw their audiences expand considerably throughout the entire 2016 election cycle. The most determined among them, such as Sean Hannity and Tucker Carlson, will not be corralled into the pen of political correctness.  Hannity has already decided to leave the reservation altogether on several occasions by way of his cutting-edge reporting.  However, Deep State knows that the likes of Carlson and Hannity are now onto something much bigger than the humdrum daily news content.
The Sean Hannity back story is much more radioactive than the Seth Rich assassination!

This rapidly developing story of the purge of Sean Hannity will not go away until FOX has cut him loose.  The preceding link clearly explains why that is so.  Now that the Alt Right media platforms have furnished unprecedented support to the conservative anchors and commentators, they are empowered like never before.  However, Deep State will not have it.

Hannity has been bleeding profusely since he first broke the Seth Rich murder mystery wide open.  The sharks are in the water and smell blood—LOTs of it!  The agents of Deep State are now swarming all around him.  And, they will not relent until the “Hannity” show is terminated from the FOX News…forever.

Just how easy is it for any major news network to be coerced into firing a wildly popular, totally professional and longtime valued employee?  As follows: Here’s why Sean Hannity was threatened with sponsor termination at FOX News

FOX News has been under withering attack by Deep State.  Whether you watch them or not, those journalists are by far the most courageous and committed within the MSM. Scott Hannity and Tucker Carlson certainly deserve the support of truth-seekers everywhere.  They may not get it right all the time, but they seem to do the level best. Before the Murdoch brothers give into yet another command by Deep State, it would serve the best interests of this nation to demand that their jobs be fully protected.  Truth speakers of their integrity are difficult to come by anywhere and they desperately require our full backing.