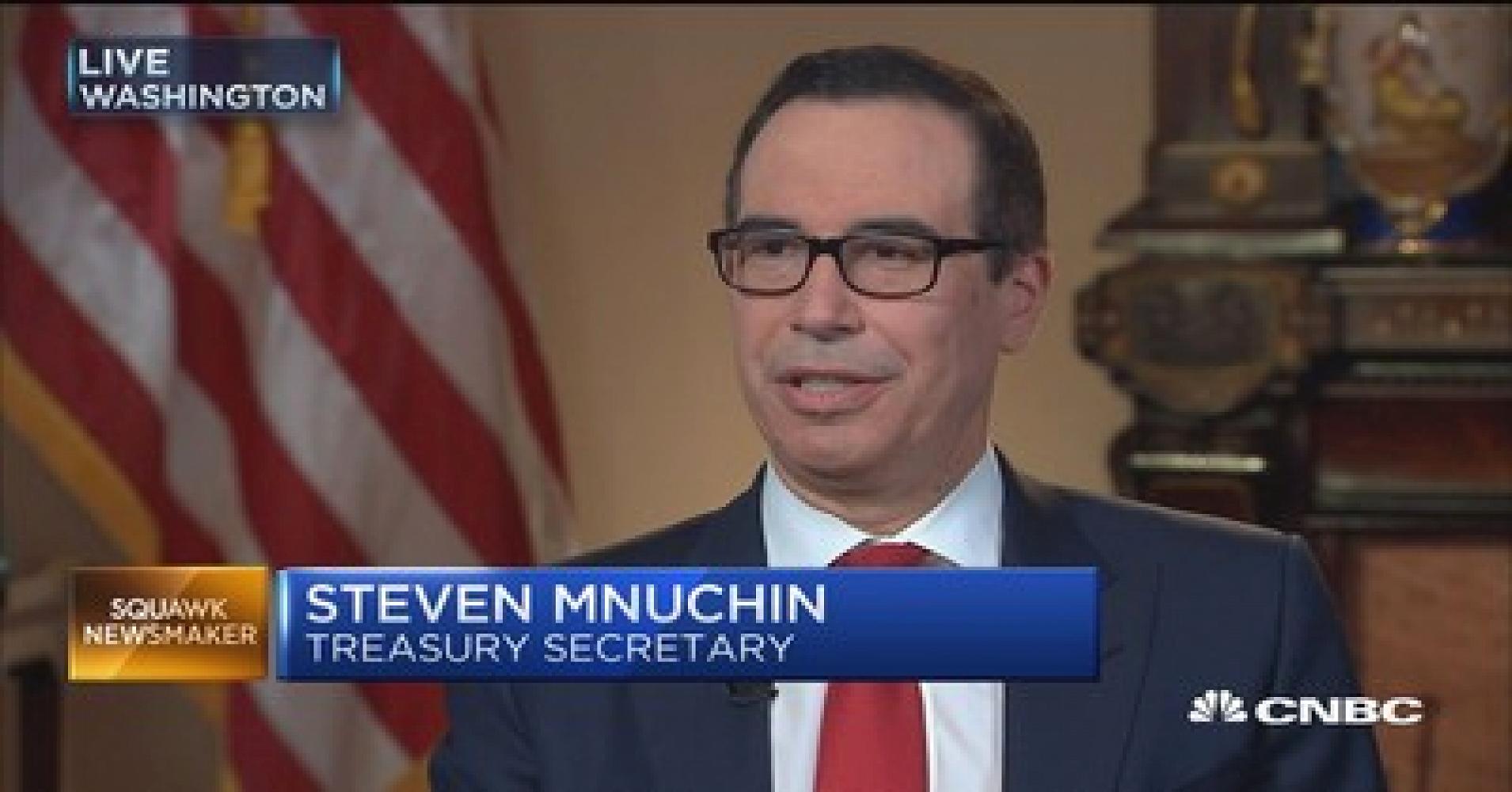 US Sanctions 271 Syrians, Freezes Their US Assets

Two weeks after launching missile strikes on Syria, the U.S. Treasury announced it has sanctioned 271 employees of Syria’s Scientific Studies and Research Center in response to the alleged sarin attack conducted by the Assad regime on Kahn Sheikhoun. It’s one of the largest sanction actions in U.S. history.

The action was announced in a statement by the Treasury Department, and Treasury Security Steve Mnuchin simultaneously briefed reporters at the White House.

The action – which takes place in lieu of a probe demanded by Russia and Syria to determine if Assad was indeed responsible for the recent sarin attack – freezes the individuals’ U.S. assets – which we doubt exist – and generally prohibits U.S. persons from dealing with them

The sanctioned employees “have expertise in chemistry and related disciplines and/or have worked in support of SSRC’s chemical weapons program since at least 2012” said Treasury Secretary Steven Mnuchin, and added that “These sweeping sanctions target the scientific support center for Syrian dictator Bashar al-Assad’s horrific chemical weapons attack on innocent civilian men, women, and children.”

On the surface, the move seeks impact by targeting officials with expertise needed for developing these weapons and those who may seek to travel and use financial system outside of Syria, according to administration official quoted by Bloomberg.

The new sanctions are the latest U.S. response to Assad’s alleged use of chemical weapons, most recently in rebel-held northern Idlib, in an attack that killed more than 80 civilians. The U.S. retaliated earlier this month by launching missiles against a Syrian airfield.

Full statement from the Treasury below

Washington – Today, the U.S. Department of the Treasury’s Office of Foreign Assets Control (OFAC) is taking action in response to the April 4, 2017 sarin attack on innocent civilians in Khan Sheikhoun, Syria, by the regime of Syrian dictator Bashar al-Assad.  In one of the largest sanctions actions in its history, OFAC is designating 271 employees of Syria’s Scientific Studies and Research Center (SSRC), the Syrian government agency responsible for developing and producing non-conventional weapons and the means to deliver them.  These 271 SSRC employees have expertise in chemistry and related disciplines and/or have worked in support of SSRC’s chemical weapons program since at least 2012.

“These sweeping sanctions target the scientific support center for Syrian dictator Bashar al-Assad’s horrific chemical weapons attack on innocent civilian men, women, and children.  The United States is sending a strong message with this action that we will hold the entire Assad regime accountable for these blatant human rights violations in order to deter the spread of these types of barbaric chemical weapons,” said Treasury Secretary Steven T. Mnuchin.  “We take Syria’s disregard for innocent human life very seriously, and will relentlessly pursue and shut down the financial networks of all individuals involved with the production of chemical weapons used to commit these atrocities.”

Today’s action follows OFAC and the Department of State’s sanctions announced on January 12, 2017 against 18 senior regime officials and five branches of the Syrian military, along with entities associated with its chemical weapons program, in response to findings by the Organization for the Prohibition of Chemical Weapons – United Nations Joint Investigative Mechanism, that the Syrian regime was responsible for three chlorine gas attacks in 2014 and 2015.

Today’s designation, less than three weeks after the attack on Khan Sheikhoun, more than doubles in a single action the number of individuals and entities sanctioned by the United States pursuant to Syria-related Executive Orders (E.O.s).  These sanctions are intended to hold the Assad regime and those who support it – directly or indirectly – accountable for the regime’s blatant violations of the Chemical Weapons Convention and UN Security Council Resolution 2118.

Today’s action was taken pursuant to E.O. 13582, which targets the Government of Syria and its supporters.  The named individuals are designated for materially assisting, sponsoring, or providing financial, material, or technological support for, or goods or services in support of, and having acted or purported to act for or on behalf of, directly or indirectly, the Government of Syria.  As a result of today’s action, any property or interest in property of the designated persons in the possession or control of U.S. persons or within the United States must be blocked, and U.S. persons are generally prohibited from dealing with them.

For identifying information on the individuals designated today, click here: