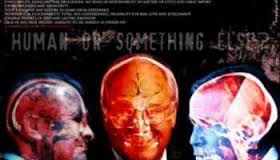 Ponerization: Human Evil Transmitted, One Host at a Time

When something or someone has become “Ponerized” in its strictest sense, it means that the person or group can no longer make the distinction between healthy and pathological thought processes and logic.  One is no longer able to draw a line between correct thinking and deviate thinking.  Flagrant examples of such ponerization can be found in the press of oppressor countries justifying their exploitation of others.  In Germany in the 30s, the Reich proclaimed the faith of the unification of the German people.  Now the Americans speak of bringing “freedom” to Iraq.  But look at what they have actually brought to Iraq: the death of close to a million Iraqi civilians, not to mention a million more who died under the embargo put in place by the Democrats and Clinton. The country has been destroyed in the name of liberation, and in spite of this horror, the only remedy Bush can find is to send in 30,000 more troops.

The debate in the US media is not over impeachment and trial of the criminals and deviants in power in the United States, it is over how many troops to send, for how long should they stay, and how slowly can the US pull out of occupied Iraq.

An example of how far the intellectual capacity of the average American has fallen, to what depths it has sunk, can be found in the Easter weekend edition of USA Today.  On the editorial page, we find the title: “Today’s debate: How the surge is going”.

In response to the growing calls for a US exit from Iraq, G.W. Bush decided to do the opposite and send an extra 30,000 poor blacks, latinos, and white boys from the wrong side of the tracks to Iraq.  The media spin doctors have labelled this increase in troops, blood, and violence “the surge”.  The so-called liberals in the US think the troops should begin coming home “soon”, in an orderly fashion.

The limits of the debate are outrageous given that millions of Iraqi lives are at stake.  The US is an illegal occupier.  It invaded the country, sent in its moneymen to take over, and have been orchestrating the dismemberment of Iraq at the behest of the Israel Lobby.  Remember that elements in Israel have been calling for the division of Iraq into three weak states since the early eighties, exactly the plan now being implemented by the Bush Reich.

Coincidence?  We think not.

But I was talking about ponerization and its affect on our ability to discern normal from pathological thought processes.  The faux debate in USA Today offers up some examples of what I mean.

I can’t let pass a couple of comments made by the “pro” side of the debate, representative Mike Pence, who was with John McCain last week for the photo op at the Baghdad market. Remember while reading these comments that they are the arguments from the pro-Bush side of the debate.

“We have a long way to go in Iraq. There is tough, difficult work ahead of us. But we are making progress, and there is reason for cautious optimism about President Bush’s surge.”

“Cautious optimism”??? Things are so bad that the lackeys defending the Bush “surge” can do no better than tell us there is reason for “cautious optimism”?!?!   Are we soon to be told that “there is light at the end of the tunnel”, the famous phrase used by the Nixon administration to justify the continued carnage during the Vietnam war?

The good representative, elected to office by the people of Indiana, who describes himself as a “Christian, a conservative, and a Republican, in that order”, offers up a couple of bits of evidence to back up his hopeful claim for “cautious optimism”.

“Despite all you see and hear in the media, there is a springtime of hope beginning in Iraq.”

Springtime of hope in Iraq?!?!

Springtime for Hitler and Germany
Winter for Poland and France

is more like it, as the Mel Brooks’ song from The Producers puts it…

But what is really sinister is his placing of the blame on “the media”. According to Pence, the “liberal” media are lying about what is happening in Iraq.  There is lots of good news!  They just aren’t reporting it! So the lie that the media are not part and parcel of the ruling pathocracy, that somehow they are at odds with the pathocrats and are not themselves part of the pathocracy, is perpetuated.

Now, the first thing that comes to mind when I think of the news that the US media isn’t reporting about Iraq would be the real numbers of deaths of Iraqi civilians, now close to 1 million since the invasion and occupation started.  Add to that the million killed during the years of the embargo, mostly children, under the Democrats, and you’ve got both US parties responsible for killing 2 million Iraqis since 1991.  But, somehow, I don’t think that even a scoundrel like Pence would openly admit that these deaths are the good news to which he was referring.

So what kind of good news does he have in mind?

You’re not going believe these….

“From the moment of our arrival, I could sense that things were different. Gen. David Petraeus met us at the airport, and, instead of boarding helicopters to the Green Zone, we drove into town. I hadn’t done this since my first trip several years ago.”

The man’s a bloodsucking idiot. If he’d been alive in Germany under Hitler, he’d have been praising his Furher and the “freedom” brought to Austria, Czechoslovakia and Poland.  He is the kind of sycophant all such regimes rely upon.

What kind of person could wax nostalgic over those heartwarming and heady early days of the occupation when the infrastructure of the country was destroyed and US moneymen took control of the country?  Oh, yeah. I forgot.  They also toppled a statue of Saddam. Hooray!  Unfortunately, while Pence can now drive into the heavily fortified Green Zone and feel like the clock has been turned back to the good old days, none of the Iraqi dead will rise up out of the graves and return to their families.  None of the US soldiers killed to implement the imperialist dream will come back to life either.  But for the pathocrats, we’re all just cannon fodder.

Well, if Pence’s trip throught the streets of Baghdad in armoured vehicles rather than via helicopter isn’t enough evidence for continued hope and trust in the Great Leader’s Surge, how about this:

“Along with a squad of military security, we spent more than an hour at a bustling, open air marketplace. While we were instructed to leave our bulletproof vests on, Gen. Petraeus took off his helmet and urged us to leave our helmets in the vehicles.”

Did he mention the three Apache attack helicopters hovering over the market?  Did he mention the sharpshooters on the rooftops and the 100 heavily armed Marine troops on the ground?  Well, sure. “Military security” covers that, right?

It truly boggles the mind.  How can people like Pence get away with such glaring paramoralisms and outright stupidities?  Is there no one left in the media in the United States to point out that not only does the emperor not have any clothes, but he has no brains either?  And I’m not talking about making jokes about the intellectual faculties or lack thereof of Bush.  There’s plenty of that.  But to what ends?  All it does is reinforce the buffers while nothing changes.  People can pump themselves up and consider themselves smarter than the president, but then they roll back over to sleep and think that the political process will somehow put things right in the 2008 presidential elections.

You can no longer even tell truth from the lie.  You are brain dead.

If you buy into the paramoralistic thinking, if you can no longer distinguish between what is right and what is wrong, if your years of study of world history, where the aggressors of the past were lambasted and denounced, haven’t taught you to recognize violence and evil when it appears, then you are on the wrong side. You are the problem. You are the aggressor.

What will you have to say for yourself?