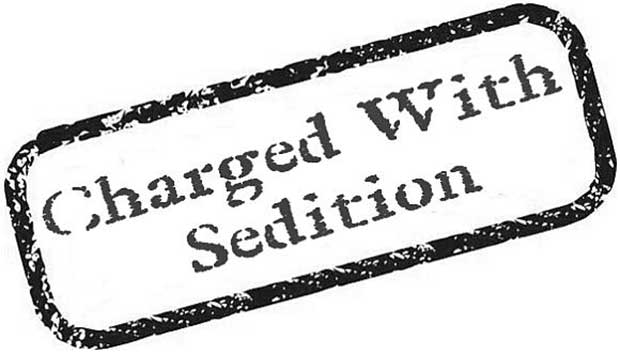 Finally, the Obama Administration and the C.I.A. have been caught with their pants down.  The traitors working for Deep State, who have completely infiltrated the U.S. intelligence community, the FBI and Obama’s inner circle, have been exposed by their own handiwork.

The Trump Administration now possesses the hard evidence that proves conclusively that several of the highest authorities within the U.S. Intelligence Community colluded to utilize their offices and government resources to prevent Donald J. Trump from winning the 2016 presidential election.

“This thing is so BIG it’s not funny.
Kennedy was right: either the spooks are with you or against you.
Spying and surveillance, sedition and treason, law-breaking and
subversion, assassinations and false flag attacks, color revolutions
and civil wars are all the stock-in-trade of the CIA. It’s all they
know how to do.  And they are rarely, if ever, caught… … …until now!”

What makes “this thing” even more serious is that there was (and is) highly coordinated collusion among and between key members of Obama’s inner circle and the highest echelons of the U.S. intelligence community.

Never in American history has such a serious charge been leveled by the President of the United States at the previous president. Not only are these allegations by Trump the most radioactive ever publicly proclaimed by a sitting POTUS, they constitute the necessary gravity to finally dissolve the C.I.A. as it should be.

What follows are a number of crucial observations made by a former State Department employee and CIA agent.

“In this case I understand from very good friends that what happened was both Jim Clapper and John Brennan at CIA were intimately involved in trying to derail the candidacy of Donald Trump. That there was some collusion overseas with Britain’s own GHCQ (Government Communications Headquarters). That information that was gathered from GHCQ was actually passed to John Brennan and it was disseminated within the US government. This dissemination was illegal.”
(Source: Former CIA Agent Drops Bombshell)

There are very good reasons why the British-owned company known as SERCO is one of the largest US government contractors servicing the Military-Industrial Complex.  They can do stuff in the United Kingdom that they cannot do here in the states–legally, that is. Likewise, the US intelligence community routinely farms out extremely sensitive intelligence-gathering projects to the GHCQ, not only because of its highest classification of secrecy, but also because it is patently unlawful to conduct such operations on U.S. soil.

“I don’t think there can be any doubt of that. I think it’s worth noting that the head of the National Security Agency, an Admiral [Michael] Rogers, made a journey to the Trump Tower shortly after Trump had won. And in the immediate aftermath of his visit, Jim Clapper and others in the intelligence community called for him to be fired. Why did Rodgers go to Trump Tower? My understanding is that it was to cover himself, because he was aware that the NSA authorities had been misused and abused with respect to Donald Trump.”
(Source: ‘D.C. insiders seek to defeat Donald Trump’ – ex CIA agent)

Both the Director of National Intelligence and C.I.A. Director under President Obama made it clear that they did not support a Trump presidency.  Never in U.S. history has such a public war been waged between an elected POTUS and the heads of the national intelligence apparatus.  Yes, John F. Kennedy had his epic war with CIA Director Allen Dulles, but after Dulles was fired, all the battles went underground until JFK was assassinated.

That’s exactly where this is currently going with President Trump, unless he completely shuts down the C.I.A. post haste.  The same can be said of the MSM (mainstream media) as fake news 24/7 needs to be terminated asap for the good of the Republic. Trump will be under massive assault each and every day of his first term until he dispatches all of these seditious and criminally insane psychopaths to the intelligence waterless region.

CIA Director John O. Brennan has already proven himself guilty of high treason after he, Obama and Secretary of State Hillary Clinton, in coordination with British MI6, Israel’s MOSSAD, and Saudi Arabia’s GID created, supported and armed ISIS, ISIL and the Islamic State, respectively.  As a Muslim convert, it really appears that Brennan was the integral player in Obama’s game plan to overthrow the American Republic, just as the C.I.A did with the Arab Spring throughout the Middle East.

The resulting Obamanation stateside could never have gotten so far unless The Company (also known as the Central Intelligence Agency) was totally on board with Obama’s treasonous enterprise.  Similarly, the Northern Levant was transformed into a dystopian, post-apocalyptic wasteland via CIA-directed color revolutions.

What is most remarkable about this ongoing Soros-funded Purple Revolution against the American Republic is that the perpetrators have doubled their efforts since being found out.  They know that they all now face existential threats of the highest order.  It doesn’t get worse than high treason and sedition, and they haven’t quite figured out when they are Trump’s bad side.

Here we are today on Sunday, March 5th, and the many Soros-backed NGOs are marching together in lockstep to force Trump from the White House.  That they are also executing their seditious insurrection together with purple revolutionaries like Barack and Michelle Obama, as well as Hillary and Bill Clinton, is even more outrageous given the direct participation of those 2 past US presidents.  As a matter of fact, this accelerating soft coup has seen numerous leaders throughout the treacherous Democratic Party coordinate together like clockwork to remove Trump from the Oval Office. The entire party has actually morphed into a full-blown insurgency.

What is quite extraordinary about this rapidly devolving state of affairs is that the Bolshevik elements on the Left have clearly indicated via various news reports that they will resort to any form of violence if necessary.  They really don’t care how they are perceived by the general public at this point.  All they want is to preserve their Obamanation at all costs. They will not give up one inch of their Sodom and Gomorrah no matter what.  The following stunning video expresses just how determined the purple revolutionaries have become.

Let’s not forget Hillary Clinton’s attempt to galvanize the Purple Revolution (PR) late last month as well.  It’s clear from the timing and seditious content that is baked into so many recent messages given by leaders of the PR that they are getting very desperate. They all know that there is a quickly closing window of opportunity that they must act within lest their chances of political survival be greatly diminished, if not terminated altogether.

That window of opportunity for insurrection by the agents of Deep State is defined by the period that it takes the Trump Administration to fill all the key positions within the U.S. Armed Forces and the national law enforcement apparatus, as well as other key departments and bureaus.

Key Point: “The bottom line here folks is that we are entering an extraordinary period of tumult and volatility.  The previously mentioned 120-day window of opportunity for Deep State to launch an insurrection is perhaps the most dangerous since the American Revolutionary War.  Yes, it’s that precarious a quagmire which both sides are acutely aware of.”  (Source: The Deep State Conducts a Purple Revolution Against the Trump Administration)

This is also why so many movie stars and famous singers and pro athletes are being enlisted to recruit more PR cannon fodder among their adoring masses.  Some of these former stars (former because their light has been dimmed considerably as they foolishly ventured into politics) have gone so far off the rails in their disgraceful attempts to bring down President Trump that they will never enjoy the same stature again within American society. Some of them have lost forever perhaps half of their fan base.  As follows:

Meryl Streep: Another Hollywood Phony Fakes Her Way Through A Fictitious Anti-Trump Screed

“Drain the Swamp” before it’s too late

It’s quite clear that Team Trump really has their work cut out for them.

However, the Universe, if you will, has made it very easy to “Drain the Swamp”.

There are actually a variety of ways to drain the swamp and take down the many “swamp monsters” that have swarmed all over our nation’s capital for years.  Perhaps the most effective way is to thoroughly investigate and aggressively prosecute the countless Pizzagate perps.

There are also those government officials who were directly and indirectly responsible for the false flag attacks on September 11, 2001 and/or their cover-up.  The US government-coordinated Oklahoma City bombing provides another opportunity to grab a bunch of swamp monsters, as do the many false flag operations carried out over 8 years under Obama’s disastrous presidency.

Because the same traitors are also guilty of conspiring to assassinate of John F. Kennedy, Robert F. Kennedy, Martin Luther King, Jr., and Malcolm X, the current Attorney General can even reopen any of these unsolved capital murder cases that involved America’s most influential and beloved VIPs.

Most importantly, there is the pervasive and profound criminality associated with the D.C. scandal known as Pizzagate, as well as the much bigger global scandal—Pedogate.  Hence, the invaluable gift and supremely powerful weapon for the present administration is, of course, Pizzagate.  This is precisely why it was first blown wide open just before the 2016 election.

So, either the Merry Trumpsters in D.C. will set about the process of “draining the swamp”, or the “Swamp Monsters” will soon show up at their post-inaugural picnic—UNINVITED. It’s really that simple. (See: EXPOSED: CIA – The Swamp Monsters)

The bottom line here is that there is no place for open insurrection in America, unless the citizenry is okay with becoming just another Banana Republic.  Because that’s exactly where things are now heading so militant have the Obamabots, Clintonistas and other purple revolutionaries become.

Truly, the real Second American Revolution is about to begin in earnest after it was started by the Trump Movement.  However, Soros is forever trying to hijack the revolutionary fervor in order to channel it toward his own fabricated civil war.  He and his globalist ilk know full well that We the People have reached our breaking point with regard to the New World Order agenda.  Just as the ruling elites knew that Brexit would be successful in the UK, as will Frexit and Nexit eventually be in France and The Netherlands respectively.

The final point here is that the patriotic Trump Movement is on the right side of history. The Manchurian Candidate Barack Obama has been permanently outed as the imposter that he really is, just as Hillary Clinton was exposed as a globalist stooge and warmonger and thusly defeated. Hence, it’s high time to “drain the swamp” so that all of these swamp monsters can be eradicated from across the land, once and for all.  There is no other way!

How America Was Being SYSTEMATICALLY Overthrown In 12 Steps…Until Trump