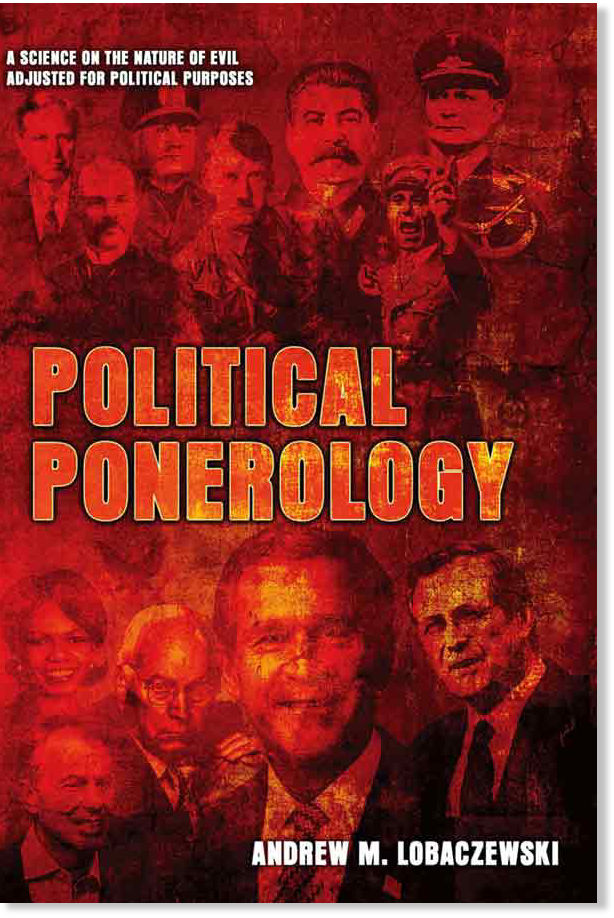 On the individual scale it can be described as transpersonification, where people who are susceptible (due to a psychological weakness or to a pathology of their own) assimilate the psychology of pathological people. People who are not themselves characteropathic or psychopathic may lose the ability to distinguish between healthy and pathological actions and reasoning, accepting paramoralistic and paralogistic justifications and doctrines.

On the group scale it can happen in one of two ways: either a new group is formed and led by pathological people from the start, or they take over a formerly healthy group. This is called, respectively, primary ponerization (resulting in a primary ponerogenic association) and secondary ponerization (resulting in a secondary ponerogenic association).

Primary ponerization involves the formation and development of a group where pathological individuals are active from the beginning. Such groups are overtly deviant – as in for instance organized crime – and they are generally rejected by society. In being identified and known as a threat from the beginning, they are less likely to exercise large-scale influence and take over the larger society.

While such groups can still be the cause of much crime and inhumanity, their role in creating evil is in most cases relatively limited. Unless they overpower society, they are fought by its structures (e.g. law enforcement) and eventually, if not brought down, then limited in size, extent of activity, and influence.

Secondary ponerization is a process where pathological individuals infiltrate a group formed by normal people and gradually take it over for their own ends.

Observation of the ponerization processes of various human unions throughout history easily leads to the conclusion that the initial step is a moral warping of the group’s ideational contents. In analyzing the contamination of a group’s ideology, we note first of all an infiltration of foreign, simplistic, and doctrinaire contents, thereby depriving it of any healthy support for, and trust in, the necessity of understanding of human nature. This opens the way for invasion by pathological factors and the ponerogenic role of their carriers. […]

Any human group affected by the process described herein is characterized by its increasing regression from natural common sense and the ability to perceive psychological reality. Someone considering this in terms of traditional categories might consider it an instance of “turning into half-wits” or the development of intellectual deficiencies and moral failings. A ponerological analysis of this process, however, indicates that pressure is being applied to the more normal part of the association by pathological factors present in certain individuals who have been allowed to participate in the group because the lack of good psychological knowledge has not mandated their exclusion.

At first, schizoidal psychopaths and characteropaths can play important roles in eroding the psychological resistance of a group to pathological thinking and values. Schizoidal psychopaths may introduce, into the life and thinking of the group, simplistic doctrines lacking in psychological understanding – whether through personal participation or merely through the written word. In the case of personal participation, the effects may extend further, much as in the case of characteropaths.

Characteropaths can, through their personal influence, generally impair the ability of group members to use common sense and exercise healthy judgment of character.

When the psychological understanding of a group is sufficiently poor, essential psychopaths are able to enter the group with the aim of using it for their own ends, taking over the ponerization process, and culminating in taking over the leadership. The group eventually comes to be divided into two distinct parts: the pathological individuals that have risen to the top, and the people below. Those above outwardly maintain the appearance of the original ideology, and justify the actions and the direction they set for the group in terms of its accepted values. To those below, the change may appear subtle at first, and it may be long before they understand that the group is no longer what it once was.

This process is generally far more insidious and dangerous than primary ponerization, because the threat is not as easily seen by society. The group retains its name, image, and ostensible purpose and ideology, long after it has been transformed into something very different. Such a group, if circumstances are opportune for its leaders, may eventually come to power in society and transform it into a pathocracy.

Under the influence of ponerogenic unions – and particularly in a pathocracy – ponerization of individuals throughout society may become very widespread. Paramoralistic and paralogistic justifications may be used to sanction actions such as murder, rape, or torture directed at certain groups. Wars waged in the interest of greed may be justified with propaganda exploiting the values of the time – such as, in our time, “freedom and democracy”. In addition, by scapegoating particular groups as “the enemy”, attention is directed away from the injustices perpetrated by the ruling pathological elite against the majority of the citizens.

A society becomes more vulnerable to ponerization at every scale during periods of hystericization, due to widespread conversive thinking and impoverished psychological understanding.