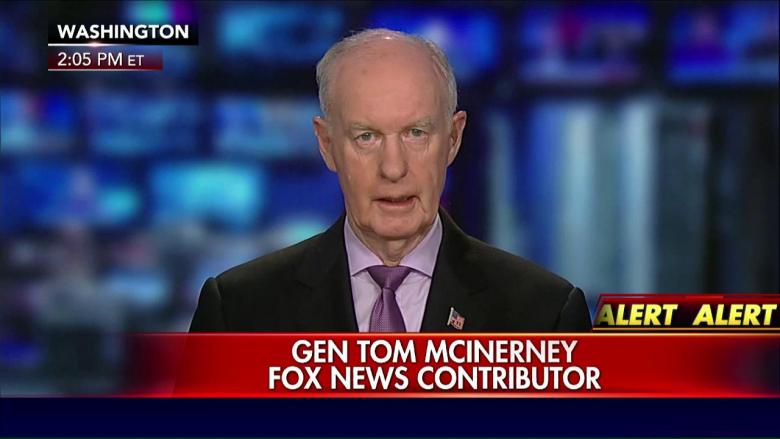 Dr. Dave Janda interviews General Thomas McInerney. An explosive interview. McInerney gives his insider information and opinion of the breaking news of the day. Keep in mind this interview was done Before today’s breaking news about Trump surveillance from Devin Nunes, the Chairman of the House intelligence community.

He has no doubt the NSA has all of Hillary’s emails, including the deleted ones. “Hillary and Obama were in violation of the espionage act. Hillary had a rogue server. She had over 200 SAP documents on her server. Her server did not have an ATO, authority to operate, definitely a rogue server.”

He exposes a letter from Admiral Lyons that describes the exposure of the supercomputer called The Hammer. “Clapper and Brennan oversaw a secret supercomputer system called the Hammer. They were doing illegal and unconstitutional data harvesting and wiretapping. They wiretapped Donald Trump ‘a zillion times’, according to Admiral Lyons.”

Also, McInerney spills the beans on Valerie Jarrett. He thinks she is the mover and shaker behind the Trump surveillance and the reason she moved in with Obama is that Obama probably had a ‘bubble’ built where they can safely talk. McInerney said she couldn’t call Obama any more on the phone, so she had to move in.

He also said the Director of GCHQ (the British NSA) abruptly retired. Thinks Judge Napolitano may eventually be vindicated.

Many more factoids. Worth a listen by all FReepers.

Hat tip to hoosiermama who made me aware of this:

General McInerney seems to have put all the pieces together. Well worth the listen.