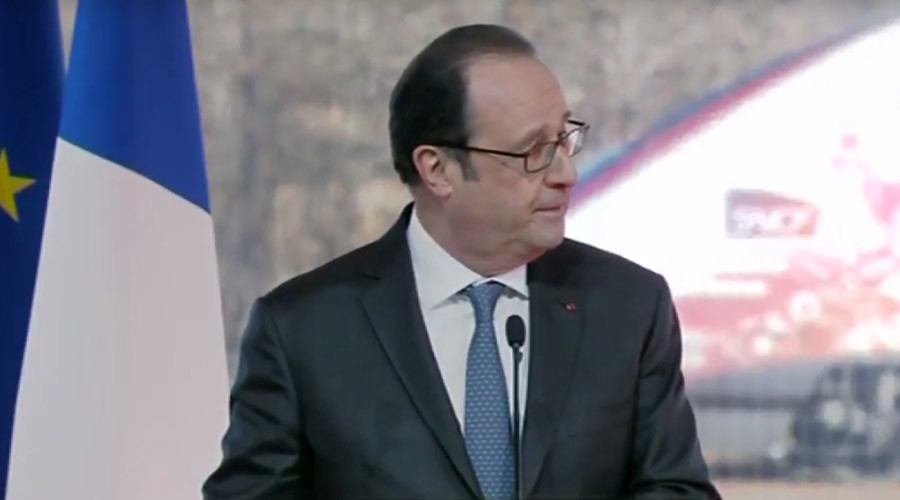 A police sharpshooter accidentally opened fire during a speech by French President Francis Hollande, injuring two people in the process, AP reported. The incident happened on Tuesday afternoon in Villognon, Charente in western France where Hollande was preparing to reveal the LGV high speed rail line, when a shot was clearly heard in the background of event, prompting the French president to stop and look around concerned.

“I hope that wasn’t serious,” Hollande said nonchalantly after the loud shot rang out, before continuing with his speech at the unveiling of the LGV high speed rail line.

According to Soud Ouest, the weapon’s safety mechanism was not on when a security services agent, located on a nearby rooftop, accidentally fired.

Although it has been confirmed that two people were injured as a result, there are conflicting reports as to who they were. Initial reports suggested the agent shot himself in the leg, although it now seems a waiter and a member of the LGV maintenance crew both received leg injuries, according to L’Express.

Following his speech, which lasted around 20 minutes, Hollande is said to have met with the injured parties, both of whom were treated on site.

An investigation into the incident has been launched and a public prosecutor is expected to hold a press conference later on Tuesday, reports La Provence.