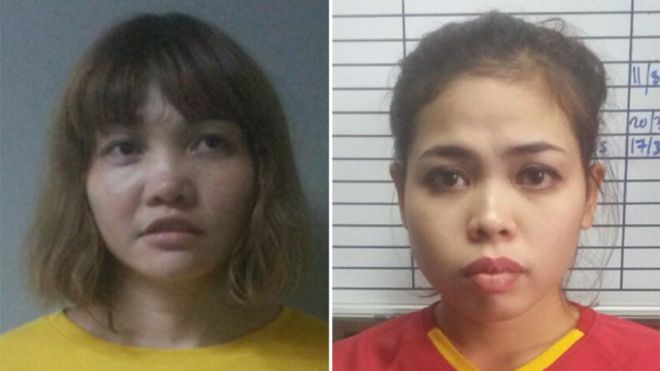 Two women implicated in the killing of the estranged brother of North Korea’s leader are to be charged with murder on Wednesday, Malaysia’s prosecutor says.

Attorney General Mohamed Apandi Ali said the women – from Indonesia and Vietnam – would be formally charged and could face death if convicted.

The women allegedly smeared a deadly chemical over Kim Jong-nam’s face at a Malaysia airport earlier this month.

They have said they thought they were taking part in a TV prank.

“They will be charged in court under Section 302 of the penal code,” the attorney general said, which is a murder charge with a mandatory death sentence if found guilty.

He said no decision had yet been taken on whether to charge a North Korean man, Ri Jong Chol, who is also being held over the killing.

The two women – Doan Thi Huong, 28, from Vietnam and Siti Aisyah, 25, from Indonesia – are among some 10 suspects identified by Malaysia as being involved in the killing.

Since their arrest, they have told officials that they thought they were taking part in a TV reality show.

The other suspects include a senior official at the North Korean embassy in Kuala Lumpur and a staff member of the state airline. South Korea believes at least four suspects are North Korean spies.

A number of suspects are believed to have left Malaysia soon after the killing. The embassy and airline officials are thought to be inside the Pyongyang embassy in Kuala Lumpur.

A high-level delegation from North Korea – led by the former ambassador to the UN – arrived in the Malaysian capital on Tuesday.

They said they were seeking the retrieval of the body and the release of Ri Jong Chol, as well as the “development of friendly relationships” between North Korea and Malaysia. 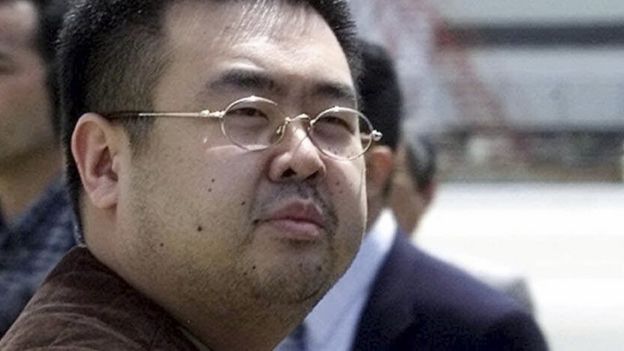 North Korea has not confirmed that the person killed on 13 February at Kuala Lumpur airport was Kim Jong-nam, the half brother of leader Kim Jong-un, saying only he was a North Korean travelling on a diplomatic passport.

Kim Jong-nam, 42, was at a check-in desk for a flight to Macau, where he lives, when he was accosted.

He was smeared with a very high amount of the toxic nerve agent VX and died in pain within 15-20 minutes, Malaysia’s health minister said on Sunday.