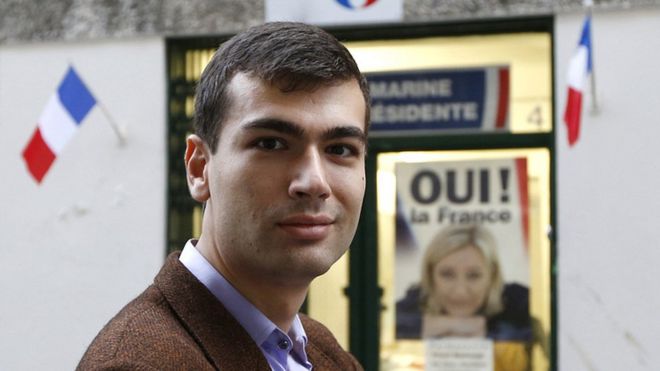 A former aide to the French far-right presidential candidate, Marine Le Pen, has made new allegations about fraudulent party financing.

It was apparently a way for the FN to avoid declaring campaign spending.

The FN is already under investigation for alleged misuse of EP funds.

Polls suggest that Ms Le Pen is on course to win the first round of the presidential election in April, but centrist Emmanuel Macron is gaining ground and looks likely to beat her in the May runoff vote.

A Figaro/LCI poll on Sunday put Mr Macron on 58% in the runoff, against 42% for Ms Le Pen. 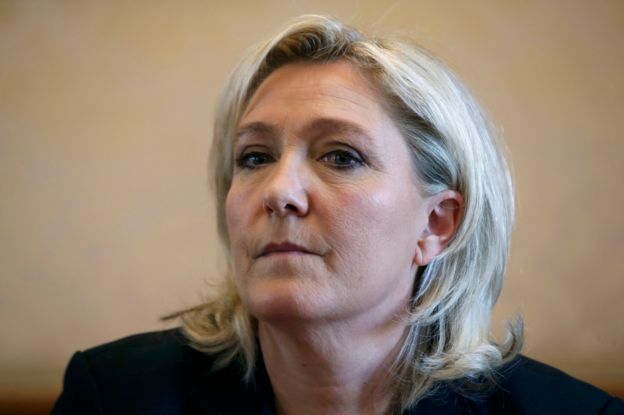 Quoted by French media, Mr Nofri said he had signed up to work for Ms Le Pen in September 2011.

Mr Nofri is now a municipal councillor in Nice with the centre-right Republicans party, having severed his links to the FN.

Later in 2012, he said, he was given a contract to work with FN accountant Nicolas Crochet, but he “never set foot” in Mr Crochet’s office.

The French news website Mediapart says fraud investigators have found evidence of €4,500 (£3,834; $4,763) in monthly payments to Mr Nofri from 2012, identifying him as a European Parliament assistant to MEP Jean-Marie Le Pen, Marine’s father and the former FN leader.

“I was never Jean-Marie Le Pen’s assistant,” he said. 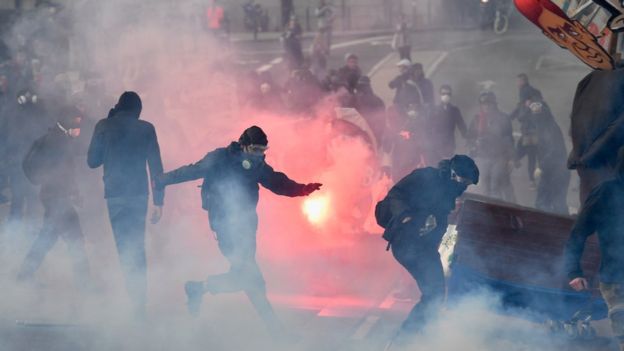 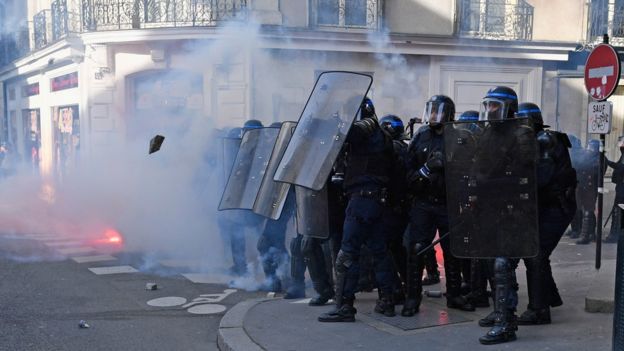 Ms Le Pen has refused a police interview about her alleged misuse of EU funds – a right that she has because of parliamentary immunity.

She denies wrongdoing and claims that the allegations are a plot to derail her campaign.

One of her election rivals, Republicans’ candidate Francois Fillon, is embroiled in a separate financial scandal involving suspicious payments made to his wife and children.

On Sunday Ms Le Pen addressed a campaign rally in the western city of Nantes, hours after anti-FN demonstrators clashed with police.

There were an estimated 2,000-3,000 protesters and 12 police officers were injured in the unrest. Video showed masked protesters running through tear gas and riot police confronting them. Flares were thrown and a policeman’s trouser leg caught fire. Colleagues extinguished the flames but he suffered serious burns.